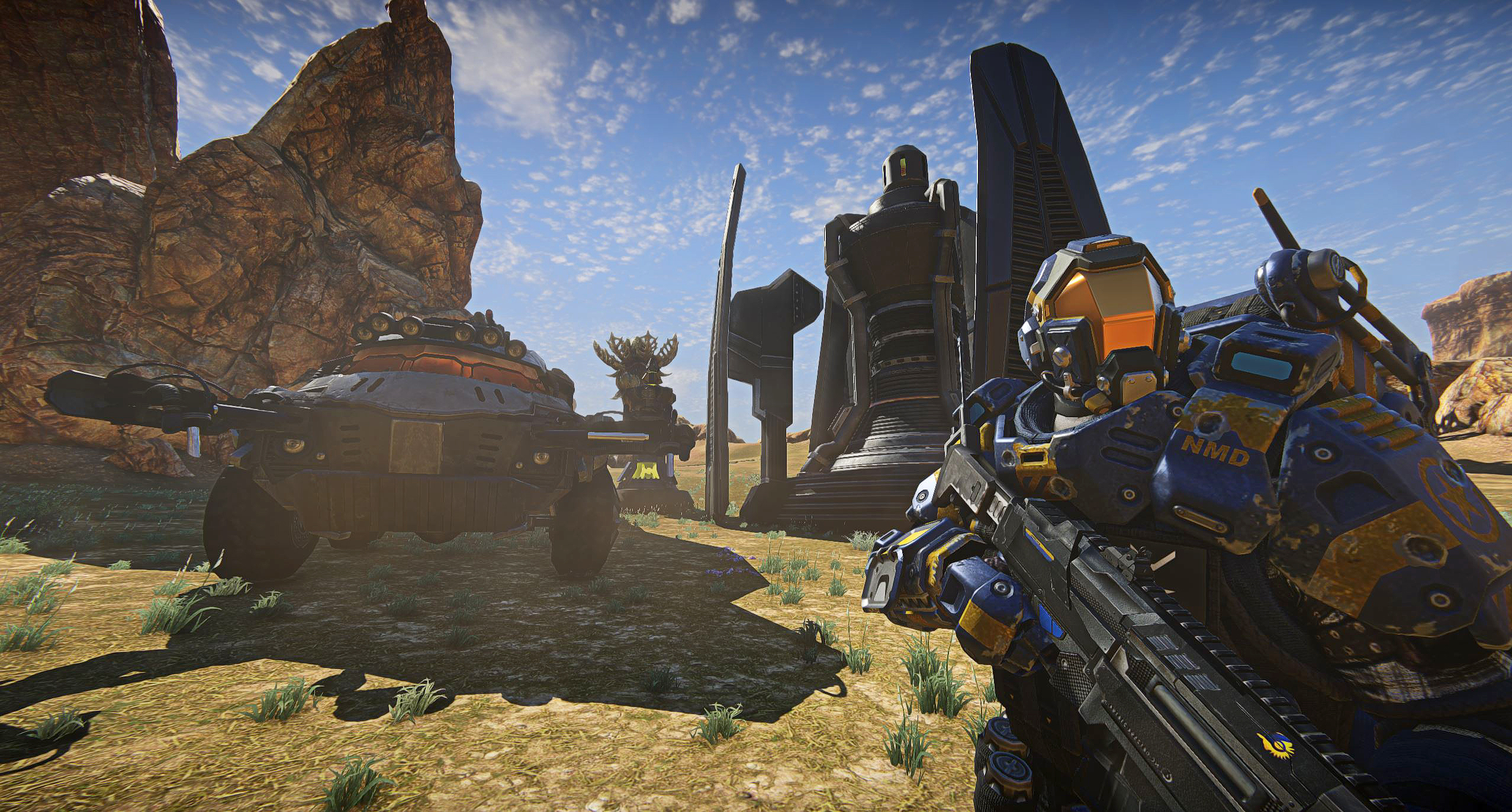 Today's game update has brought a significant amount of content to PlanetSide 2 including DX11 integration, the Nanite Systems Operatives faction, the Refine and Refuel Continent Event, and more! Read on for a rundown:

Over the game's lifetime, there has been no pain point discussed more often than that of performance.

You've seen us attacking this problem from different angles throughout the past year (and the years before that!), and while we've made significant strides with optimizing much of our underlying infrastructure, there wasn't much left for us to improve upon without some major overhauls first.

Our continued quest for improvement has brought us here, after months of work and a coordinated effort from multiple departments throughout the company, we're pleased to announce that DX11 has arrived in PlanetSide 2.

Players on all types of compatible hardware should be receiving notable performance increases due in no small part to this update, but others as well. Numerous third party software used by the game and our own internal Forgelight engine have been updated, and we've also restructured the way that assets are packed and encrypted. This results in not only a more performant game, but also smaller file sizes, and more security from cheaters.

To top it all off, the updates give us better tools to diagnose and address performance concerns in the future.

So celebrate, Auraxians, you've earned it.

The design of this system had a few different targets.

We hope you enjoy these new soldiers, and the havoc they will certainly wreak upon the battlefields of Auraxis.

The Refine and Refuel event has been added to the events pool on all continents.

At the start of the event, two Refineries will spawn toward the center of the map. Players are tasked with harvesting Cortium and depositing it into one of the refineries. When a Refinery is full, it will blast off into orbit, and a new one will spawn at another location.

The faction who has refined the most cortium will earn a 20% nanite discount on Sunderer and ANT spawns at the end of the event.

This system has been restructured, and should no longer fail to send players off when the countdown completes.

Join Combat now works on a priority system when deciding where to send players.

In addition, it now makes decisions on how to send players to fights.

Restructuring Join Combat in this way allows us to deliver players to an ideal PlanetSide experience first, wherever they're available. We then focus on intensifying balanced fights that currently exist, while helping generate new fights along the frontlines. These changes work hand in hand with the spawn system revamp.

We have made large revisions to the spawn system that will help filter players into more enjoyable fights, discourage overpopulation as it moves from base to base, as well as allow for more freedom to move around the map.

Prior to this update, the spawn system was too restrictive, and didn't point players in any particular direction. Veteran players would often resort to hopping from spawn point to spawn point in order to reach fights they wanted to participate in. At the same time, players were discouraged from leaving their current lane, which contributed heavily to the formation of "zergs" that then move down an abandoned lattice lane unopposed. This experience was detrimental to new players and veterans alike.

We have a lot of flexibility with this system to either loosen up or clamp down harder on the ruleset, and will undoubtedly make adjustments as it continues to shake out.

On top of all this, we've also made improvements to the game's UI, adjusted infantry, and more. Full patch notes that include all of today's changes are available here.
We'll see you on the battlefield, soldiers (and Operatives)!
Previous
Incoming: Nanite Systems Operatives Now Available
Next
Producer's Letter - PlanetSide 16th Anniversary!