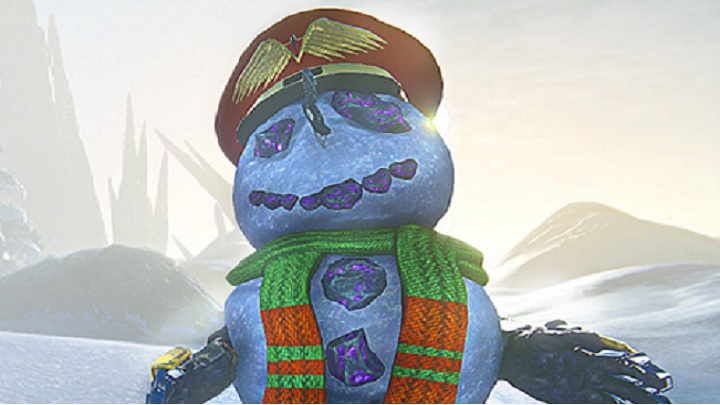 In the middle of a war, the last thing you need is another enemy. But, this holiday season, that’s exactly what’s upon you. Of course, these enemies are a bit…icier…than ones you may have encountered before. On Essamir, there are Snowmen on the battlefield that grant XP when you kill them! On the less snowy continents, you may find Stonemen waiting to take you on, and on all continents, beware the GOLDEN Snowmen! (Though, while you should be aware, don’t be afraid to take them on – there’s XP and a prized piece of loot in it for you if you do!).

In addition to these new foes, you can get your squad in the holiday spirit by picking up holiday hats and weapons in the Depot. Holiday hats come in ES and NS versions, and weapons include the Icikill Knife and the Snowball Gun.

And what’s more, you’ll find C4 models appearing as presents and ammo boxes looking more like candy boxes in the world during the event.

There are directives waiting for you, with rewards, if you choose to fight these seasonal (or seasonally dressed) foe, including:

This event will be available in game just for the holidays.