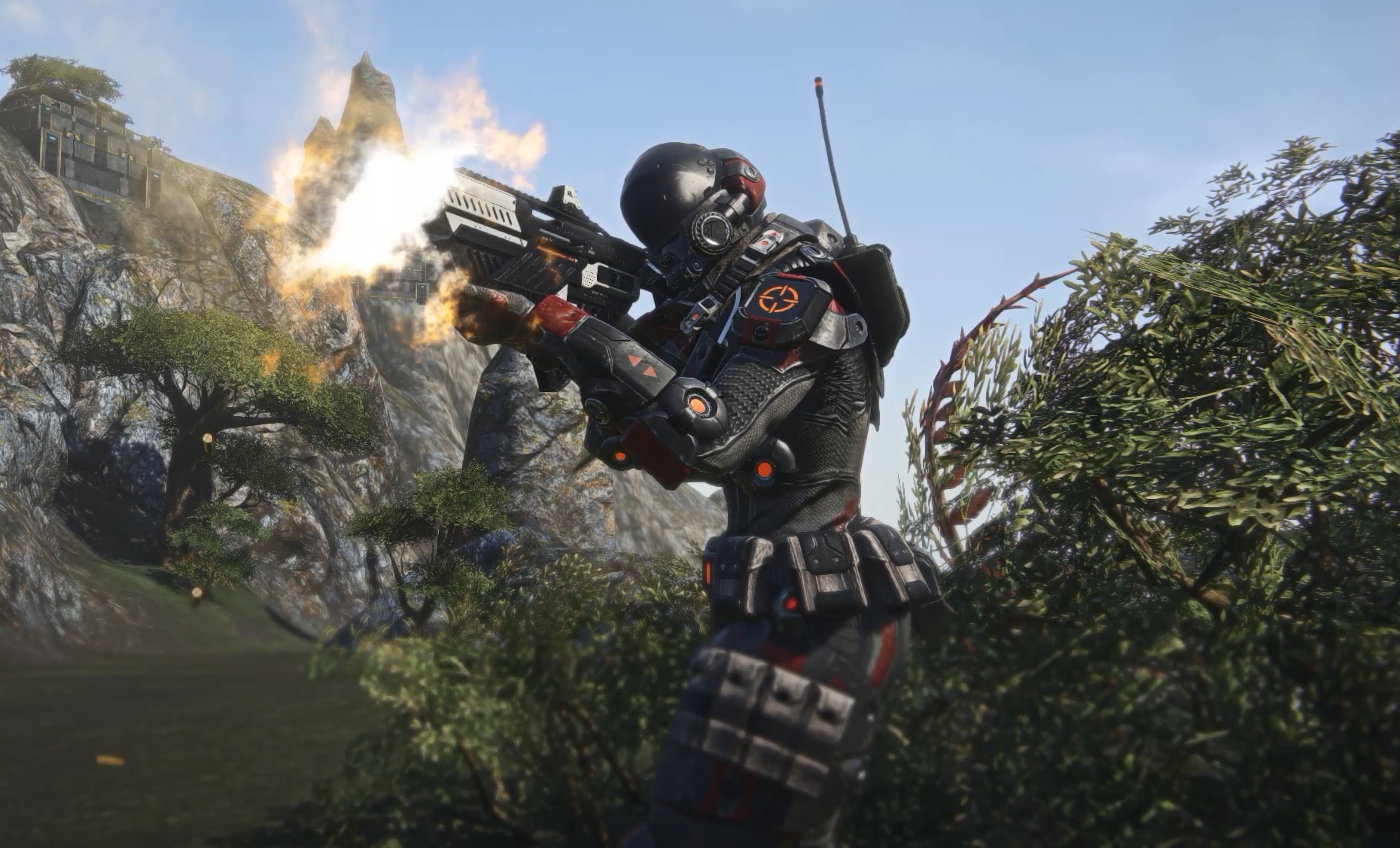 PlanetSide 2's most recent update made a number of changes to continent bonuses, new Biolab, released new implants and a brand new weapon!

The newest addition to the Nanite Systems export family of weapons is the NSX Tengu. This mischievous SMG is defined by its automatic firemode that releases four pellets per shot, perfect for dispensing of close quarters adversaries. From the hip, the weapon has a wider spread, and while aiming down sights, a built-in smart choke narrows the pellet spread for engaging mid-range targets.

New implants have been added to the drop tables of Novice, Basic, Deluxe implant packs, and the ISO-4 Recycler.

The Ikanam Biolab has been completely revamped for better performance and gameplay experience!  You'll find two new vehicle capturable control points outside the base which can be used as a staging ground for a coordinated assault.  Once inside the facility itself, you'll need to fight your way underground to capture a third and fourth console to take the facility.  Both attackers and defenders can construct bases on top of the structure for defense and quick access!

These are just a few of the changes including new environment art and base modifications to Amerish, balance, and bug fixes galore!  Want to see what else is in the patch?  Take a look at the patch notes!