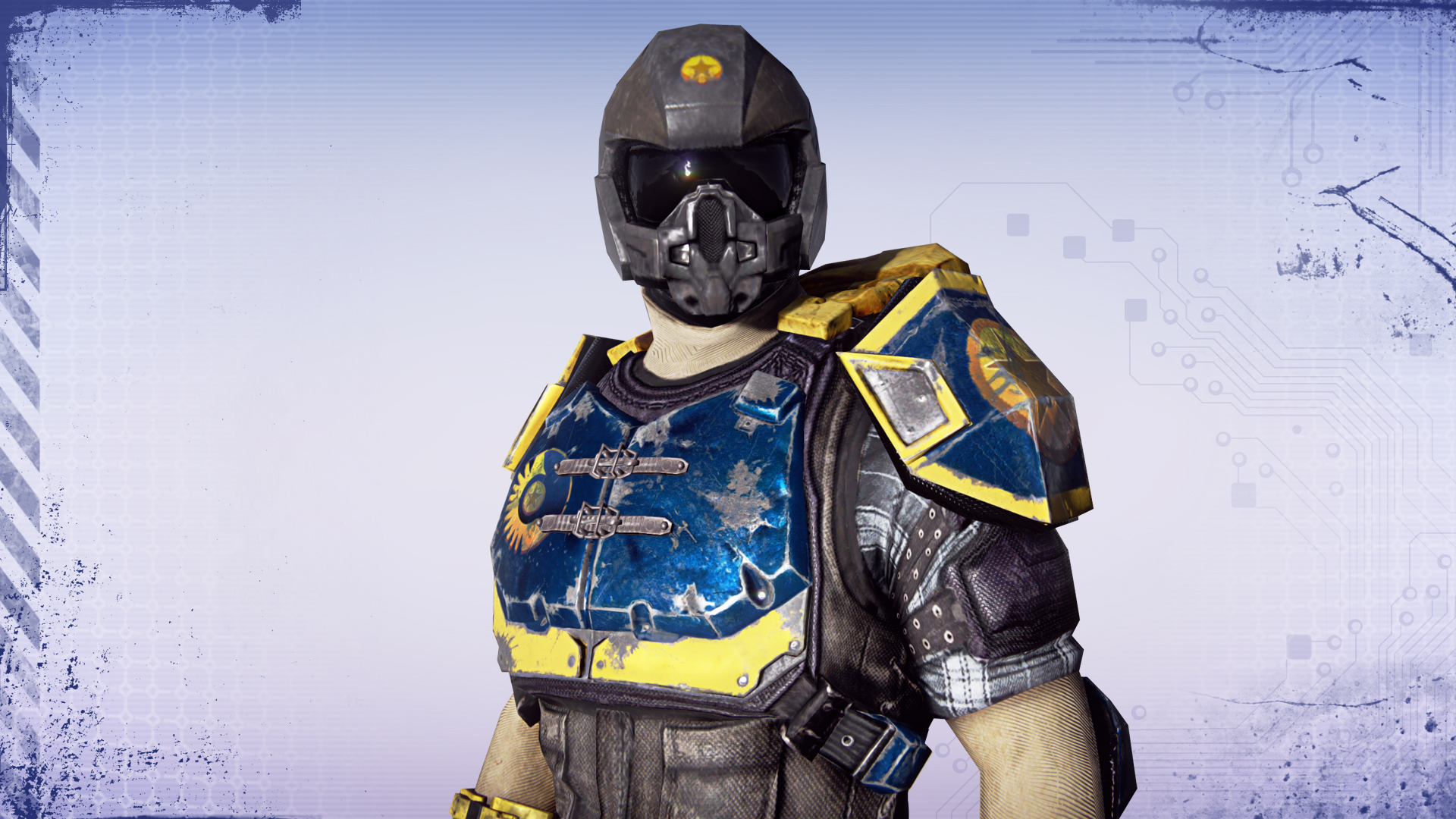 Though the Engineer has always had a vital role in defending Auraxis’s facilities, the introduction of nanites to the military sector caused a radical shift from their traditional role of vehicle  and MAX suit mechanics. When factory-built tanks and vehicles were replaced by relatively disposable nano-fabricated versions, Engineers began training extensively in marksmanship and demolitions. Despite their recent shift in duties, Engineers have quickly proven themselves as effective soldiers, capable of either turning an ordinary warehouse into an impregnable fortress, or blasting the enemies fortresses to the ground.

The Advanced Construction Engine, or ACE, was created to eliminate the need for the Engineer to carry bulky stationary weapons and fortifications in their new combat role. It contains a small, portable fabricator capable of constructing and deconstructing Nanite Blueprints on a smaller scale than seen at vehicle facilities. The ACE’s deployable MANA turret is available in both anti-vehicle and anti-infantry configurations, providing a deadly support weapon that excels at area denial. Engineers can also deploy a shield generator that provides temporary cover to friendly troops by absorbing damage that would otherwise be lethal.

The Engineer’s viability in the field extends far past their ACE, however. Their easy-to-use Nano-Armor Kit replaces entire tool chests worth of repair instruments, allowing the repair of heavy damage on vehicles, facility equipment, and MAX suits in seconds. They are also experts in the use of powerful anti-tank mines, giving them the means to fortify a facility or cause massive and unexpected destruction on the field by mining a far off chokepoint.

While their engineering background allows them to provide their empire with support, their infantry training has given them means to remain competitive with other soldiers in medium-to-long range combat. Though their training focuses primarily on the use of rifles, they also have access to many powerful short range weapons such as SMGs and shotguns.

The Engineer’s flexibility empowers them to excel in many combat situations. Whether they’re defending a facility under siege or assisting their empire in staging one themselves, their legendary support abilities and combat prowess make them a valuable asset to any squad.