Sun Tsu once said, “He who knows when he can fight and when he cannot, will be victorious.” Being a master tactician and die-hard TR, we can all agree Mr. Tsu's opinions of war hold true even by the standards of Auraxis. Indeed, knowing when it's the time to give chase and strike with vigor can be just as fruitful as knowing when it's time to make a U-turn and head for the hills. This is doubly-true for jet pilots, where a dense frontline can look just as safe as an abandoned facility when looking from the comfort of the skies. Until you're in smoky bits, that is.

Of course, this isn't as much of a concern for pilots staring mostly at the ground. They clearly see the risks they're facing, for those risks are often their targets. But for those who choose to specialize in air to air combat – henceforth referred to as A2A – the risk of flying out of position can mean the pointless death of a pilot and, even more tragically, the loss of an aircraft.

In the interest of the Republic and our reservoir of aircrafts, today I would like to give the guardians of the skies (not to be confused with Skyguards) a few tips and tricks for a long life filled with many dead enemies. Let's begin where most pilots start their journey: at the vehicle terminal, picking the proper upgrades for the job.

A2A Missiles – No need to dance around this one. These are powerful missiles that lock onto enemy air targets, making even the worst of pilots feel useful. Particularly good against slippery jets, these are an excellent tool for finish off a smoking target that's trying to weave its way to safety. And remember – you can always fire a missile between main gun reloads. Your gun will continue to reload even after you switch. 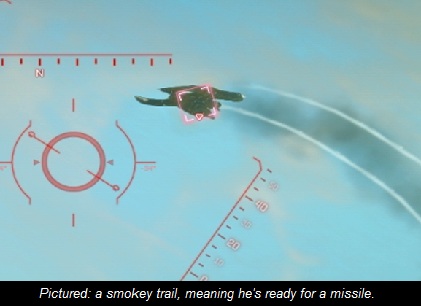 A2A Main Gun – Not an absolute necessity, but a cheap and decent upgrade to your primary weapon. Upgrade with zoom optics for an easier time tracking your shots.

Decoy Flares – Your main threat is other aircrafts, and their most devastating weapon will be A2A missiles. This is your “get out of jail, free” card.

Dogfighting Airframe – Not that I actually needed to tell you this, considering the bloody name of this upgrade. Makes your turns more turn-ey and your rolls more roll-ey.

Make Your Own Advantage

From my experience, there are two things you need to keep in mind when hunting other aircrafts. The first thing is your location. When I was a new pilot, I had a tendency to hunt my targets until the bitter end. Save yourself the trouble and don't follow my footsteps. When you're blinded by greed and the hunger for a kill, you end up aimlessly flying after your target. This is a great way to find yourself in the metaphorical back-alley of your opposing faction’s bad neighborhood. Trust me, they will have switchblades (metaphorically), and they will make quick work of you (for reals). Know when to disengage and return to safety – usually as soon as you're hit by flak or detect another enemy aircraft. 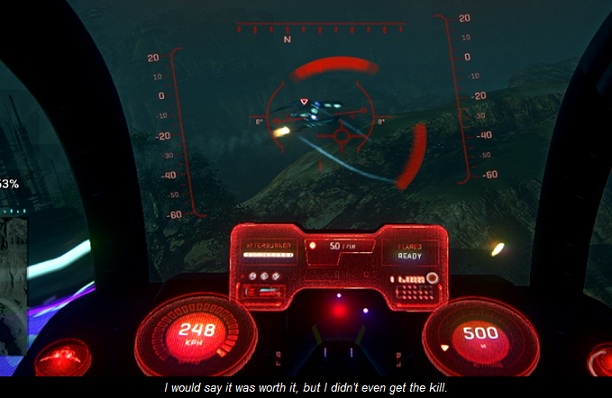 My next tip might seem a bit cowardly (for anyone but the TR – we do not know cowardice) and slightly obvious, but it's extra-true for PlanetSide 2 and as such should be stated clearly. Only stick to a dogfight if you are the one to initiate combat. In PlanetSide 2, it is really difficult to gain the upper hand when the enemy has already shredded half of your plane. Hit the afterburners and get make a hasty escape. Search for friendly aircrafts or AA units to remove the threat. You will thank them for keeping your plane intact for another fight, and they will thank you for the delicious meal.

Keeping the skies clear with a jet is incredibly fun and very rewarding, because you're essentially eliminating targets of your own caliber. It's also challenging work, which means it's a great rush to see an enemy target turn into a flaming ball of nanites. Just remember, flying is tough and takes plenty of practice, so don't give up too quickly if you aren't doing too well. Just stick to it and remember to press “X” when you hear beeping.