What is justice if not the death of a hunter accustomed to easy prey? What is perseverance if not the heat-seeking nature of an advanced rocket? How could one descibe "courage" better than looking into the jet-filled sky, aiming a crosshair at the passing enemies with a grin and an itchy trigger, and smashing an opponent once the cause of much tribulation? Indeed, the Terran Republic proves time and again that skill can be greatly outweighed by endless determination and a complete lack of self-preservation. Especially when skill is superfluous and aiming is the simplest form of point-and-click, as is the case for the Striker rocket launcher.

Don't let the Striker's ease of use get the better of you; just because it's user-friendly doesn't mean it's victim-friendly. The Striker is a shoulder-mounted, heat-seeking rocket launcher with a clip capable of holding up to five rockets. There are two clear advantages that separate the Striker from other AV weapons: first, the fact it has lock-on capabilities. This opens up a window of opportunities not found in other AV weapons – especially when it comes to fighting aircrafts. The second advantage is its TTK, which (as of writing this article) is the shortest of all AV weapons. These two advantages make it my favorite infantry AV weapon, and not only because of my inability to aim. 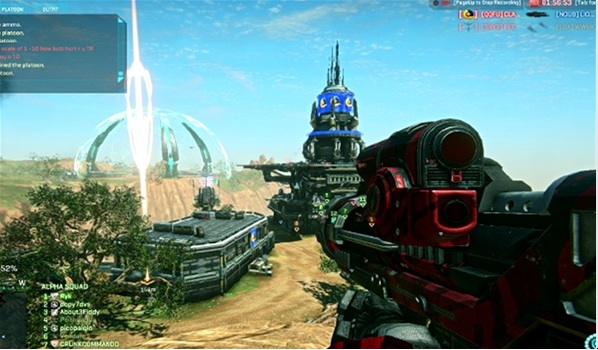 While the advantages of the Striker are clear and understandable, the disadvantages might not be at first glance. For starters, it's the ability to lock onto your targets is as much of a disadvantage as it is an advantage. When you so much as point your Striker at an enemy vehicle, they immediately receive a message of warning providing them with ample time to respond. This means your attacks must be calculated and planned, unless your goal is merely to scare off your target. A good way to secure a kill is to work in cooperation with other players, especially those also carrying Strikers of their own.

Assuming your positioning is clever and your aim is better than mine, you should be able to fire a full clip of rockets before your target has made its escape. It is this fact you need to work around when selecting your targets or picking your allies. Will a full clip be enough to eliminate your target? Where will your enemy try to escape? Will your target be able to kill you before you kill it? Are there any obstacles that could block your line of sight? The answers to these questions depend on what you're killing, but today I'd like to concentrate on one particular target: aircrafts.

If you're like me, you hate spending certification points on "small" upgrades. You want a good reason for spending hundreds points that's both noticable and fun. The truth is that when fighting ground units – especially at close range – the standard rocket launcher does just as good of a job as the Striker. But when fighting air targets, the Striker is simply unmatched. The ability to lock onto your targets makes it nothing short of ideal, and with the right teamwork can mean you're securing one kill after the other.

There are two important factors when hunting air targets with the Striker. The first one is positioning, while the second one is teamwork. Positioning is as simple as finding the high grounds; aircrafts will fly low and between all sorts of objects when evading lock-ons. The higher you are above ground, the better your chance of connecting hits.

As for finding reliable comrades, that's not something an internet article could necessarily help you with. Unless it's an article about developing social skills or social manipulation, frankly, I do not feel qualified to write about. Anyhow, if you don't have friends to work with, try to hang out with the AA MAX units. Flak and lock-on rockets have excellent synergy, as long as you remember this one basic rule: do not lock onto your target until the MAX units have started firing. Locking early will only scare your target away, completely losing the kill. (Plus, if you lock on after they start hitting, you have a greater chance of delivering the last blow. The AA folks might like you less, but it's not like they're huge and have a good punching arm.) 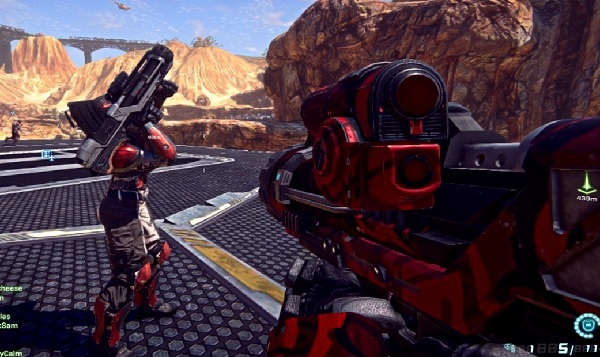 The Striker might only be "moderately" effective for ground units – that is to say, as effective as any other standard AV weapon -  but it's inarguably the champion of dispatching air units. With high damage-over-time and a very irritating lock-on ability (for the enemy, that is), it serves as an excellent addition to any soldier's arsenal, and is a weapon I wholeheartedly recommend to anyone who finds himself as defenseless prey against those roaming the skies.