Love & Bullets are in the Air 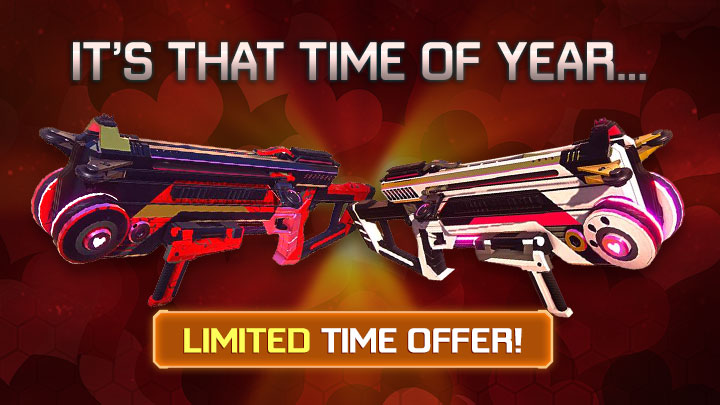 Even in a world filled with war, Cupid couldn't resist putting some hearts on the line for Valentine's Day. Here's a sneak peek at some of the items he's got lined up for you, Auraxians!

Which combination will you be adorning your soldiers and vehicles with, whilst skillfully shooting bullets at your enemy? Let us know! ;)

Cupid Horns for the Flash, Harasser and Sunderer