Intel you Need for the Anniversary Stream 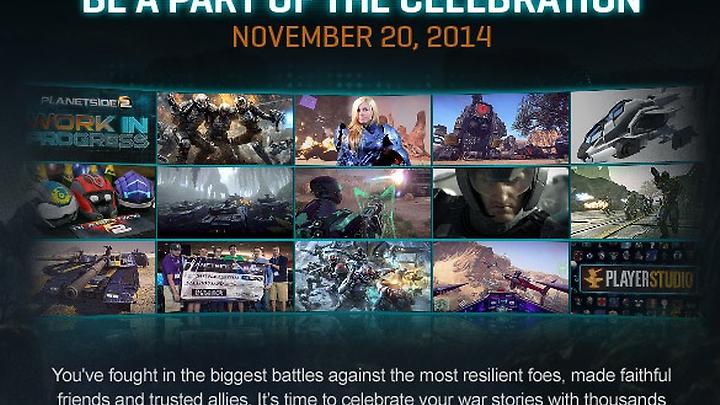 Just two short years ago it all began – the fire power, the tanks, and the epic battles for control over Auraxis. Those thrills have only intensified over the last couple of years. Now, we’re pulling out all the stops as we honor the glory that is Planetside 2. Later this month, you’re invited to watch nearly a full day of livestreams as we highlight our triumphant second anniversary! Join us on Thursday, November 20, 2014 beginning at 10:00 AM PST for a tank-load full of awesome:

With giveaways galore, an in-depth look back at the past two years, live Q&A’s with the awesome game developers, the latest news surrounding the future of Planetside 2 - including the upcoming PlayStation® 4 launch - and more, there’s plenty of reasons to tune in!

Previous
When is a Shirt More Than a Shirt?
Next
The Spotlight Is On... Will You Step Into It?