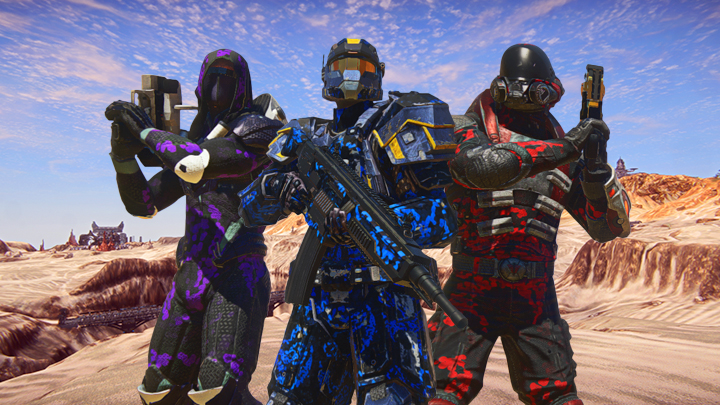 My name is Nick Silva and I’m a new Producer on PlanetSide 2. You might have noticed some of my release note forum posts or random tweets about ongoing development efforts, but I wanted to take a minute to formally introduce myself and give you an update on what we’re working on. I have been involved in making games for more than ten years now, but have never been part of developing anything like PlanetSide 2. It is truly an honor to be working on such a unique FPSMMO game, where massive battles like I’ve never seen in any other game take place on a daily basis.

It did not take long for me to realize that the PlanetSide 2 team is incredibly passionate about the direction and balance for the game. We pore over community feedback from multiple sources, as well as a vast amount of data collected from the Live servers of our game every day.

Many of you have noticed that we’ve been making numerous adjustments to weapons, vehicles, and other systems with recent game updates. The goal of these adjustments is to improve balance and the overall game experience. We debate each wave of tweaks (sometimes intensely) before deciding to take them to our Public Test Server (PTS), and then we watch the results of these changes very closely. All of this is done deliberately and systematically. We don’t make these changes lightly.

Now, not every change we make is the right one, and we need to be quick to admit to ourselves when something isn’t working, and make adjustments. However, we also need to not freeze with fear over making changes we think can improve the game.

Sometimes, we hear negative feedback about changes before they have even gone to PTS. We are paying attention to that feedback (a lot more than most of you probably think we are), but we ask that you give yourselves the chance to experience these changes first hand before assuming their impact. We can tell the difference between carefully considered feedback and reactionary assumptions, and we treat each with the respect they deserve. It’s important that we make changes iteratively and learn from the expected and unexpected results on those changes. Please know we are always looking to improve the game.

Now, I want to quickly touch on what’s coming up in 2017. The parts of the community calling for focus on vehicle improvements should be pleased at what comes next (we’ll have more details to share later this month). Spawn improvements that encourage great fights and limit the amount of unintended population imbalance - without limiting the freedom that makes PS2 such an amazing game - are a priority. A dynamic region system that limits the size of the zones when server population is low is also in the works. We also intend to answer the philosophical/design question of “why we fight” as we move through the year.

The team would like to thank you all for continuing to play PS2 and supporting us with feedback on Reddit, Twitter, and the PS2 forums. I hope I get to see you all online in game, and look forward to seeing your reactions to what we bring to PS2 in the coming year.