Thank you so much to our PS4 community who have been waiting patiently for us to bring over the massive amount of content from the New Soldier game update on PC. It's been a long road for us to achieve parity on both platforms, but we're confident that tomorrow will be a major step toward that goal.

This update includes a wealth of improvements on PS4. We've done everything possible to bring the recent graphical improvements from the DX11 update on PC to PS4, including bringing the latest version of the game engine PlanetSide 2 is built on to console. We expect PS4 players to see framerate boosts of at least 5% all the way up to 30%, depending on gameplay condidtions. Overall framerates should be much smoother, and should dramatically cut down on peaks and drops. Players should also see VASTLY improved loading times, as much as 50% or more, for all players playing on PS4. The updated version of our engine also offer much more powerful and robust debug tools, which will allow us to continue improving stability and performance on PS4 well after this update.

Ultimately our goal is for the PlanetSide 2 experience on PS4 to be completely in-line with the PC experience, and we're incredibly excited to be drawing closer to fulfilling that vision. Read on below for a full update on everything coming to PlanetSide 2 on PS4 tomorrow!

If you are a PlayStation Plus member you will now notice you are granted an additional 50% of bonus XP. This is an addition to other XP boosts you may have equipped and the 50% of bonus XP you are awarded for having an active PlanetSide 2 Membership. 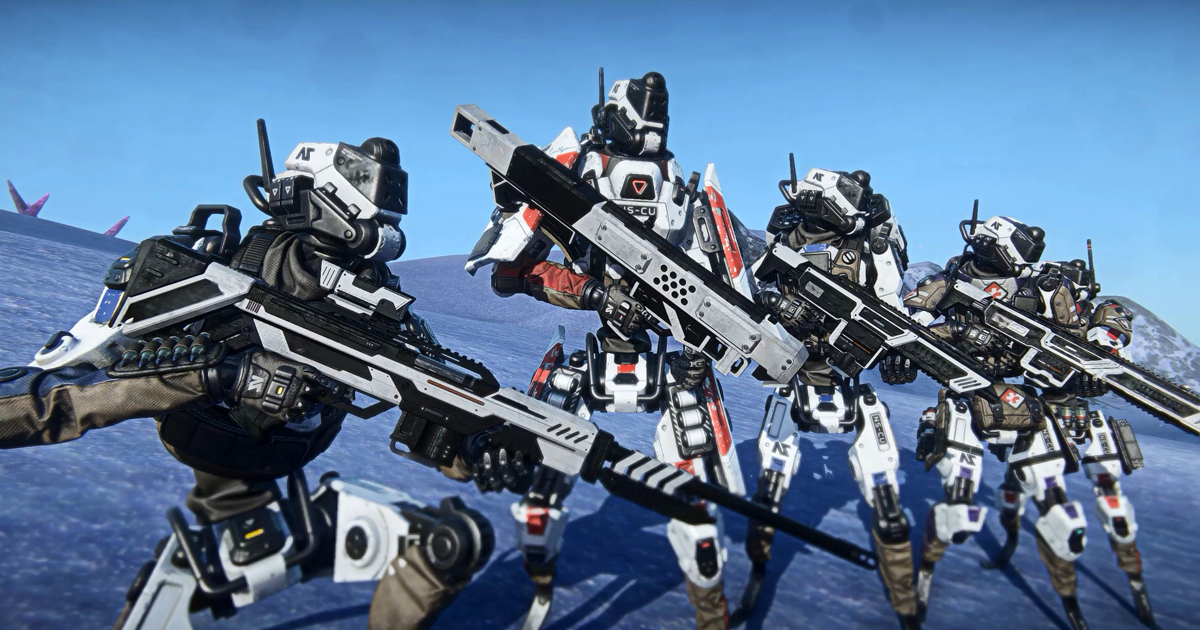 The design of this system had a few targets.

We hope you enjoy these new soldiers, and the havoc they will certainly wreak upon the battlefields of Auraxis.

THE ANT COMES TO PS4

This heavy mining vehicle is now available to spawn from the vehicle terminal for 200 Nanites. Using its mining laser the driver can use to mine Cortium...we know this vehicle is meant to power the construction system which is not quite ready for PS4 yet. For now, we hope you find the addition of the vehicle entertaining as it does add some unique new ways to participate in vehicle combat thanks to its Cortium Powered Turbo engine and weight charactertistics. We will be running some more public construction tests after this patch to once again see if we can make construction (or construction-lite) work for the PS4 platform.

We'll have plenty more to share on this major PS4 update later this week, including details surrounding our new Summer event, re-enlistment bundles, weapons balancing, spawn system revamp, and a wealth of content and features previously only available on PC. Full patch notes with all the details are available on the official PlanetSide 2 community forums. We hope you are excited as we are with this update, and look forward to seeing you back on the battlefield!

Previous
Celebrate Summer on Auraxis!
Next
Celebrate the New Soldier PS4 Update with Double XP Week and the Return of Re-enlistment Bundles!