The long-awaited Construction Reconstructed update is finally here, and it's bringing a slew of new changes to PlanetSide 2. We've recapped a couple of the major changes for you right here, but if you're hungry for more you can read the full patch notes here.

There are more ways to aid your faction in this war than ever before - new continent events have been added to diversify how you charge into battle.

With this update, we’ll be bringing back the old Facility control alerts and adding an all new event - the Aerial Anomaly. When a continent’s Warpgates are charging, Facility events will send you to control the most facilities of a certain type before a 30-minute timer runs out. During an Aerial Anomaly event, you will have to gather readings for your faction while in proximity of the anomalies appearing high above the continent. During this event, all air vehicles will be free to spawn!

When a continent event occurs, it is selected randomly from a pool of available events. More event types will be added in future updates.

Once Warpgates are charged, the first faction to reach 41% territory control will trigger a Meltdown alert. At the end of the 90-minute alert, whichever faction is in control of the most territory will claim victory over the content - the triggering faction no longer needs to win in order to lock the continent.

The majority of construction objects now cost between 50% and 70% less cortium to place them in order to reduce the initial barrier to building a base.

There are also new items to be constructed. The Flail can be used to send four anti-vehicle shells to a designated location. Spires have also been added under the Tactical category grouping. Spires are similar to modules, vulnerable to small arms fire, and share their exclusion radius with other spires.

The Pain Spire can be used to deal damage overtime to nearby infantry and MAX units, while the Routing Spire acts as a terminal that players can draw a deployable spawn point from.
These are just a few of the things that changed within the construction system; you can see the rest of the changes here.

Three brand new empire-specific weapons (designed by none other than doku) are now available on Auraxis! These Battle Rifles focus on slow, paced shots with high accuracy at medium to long range. The MG-HBR1 Dragoon (Terran Republic), the MGR-M1 Bishop (New Conglomerate) and the VE-LR Obelisk (Vanu Sovereignty) Battle Rifles are available to all classes except Light Assault. 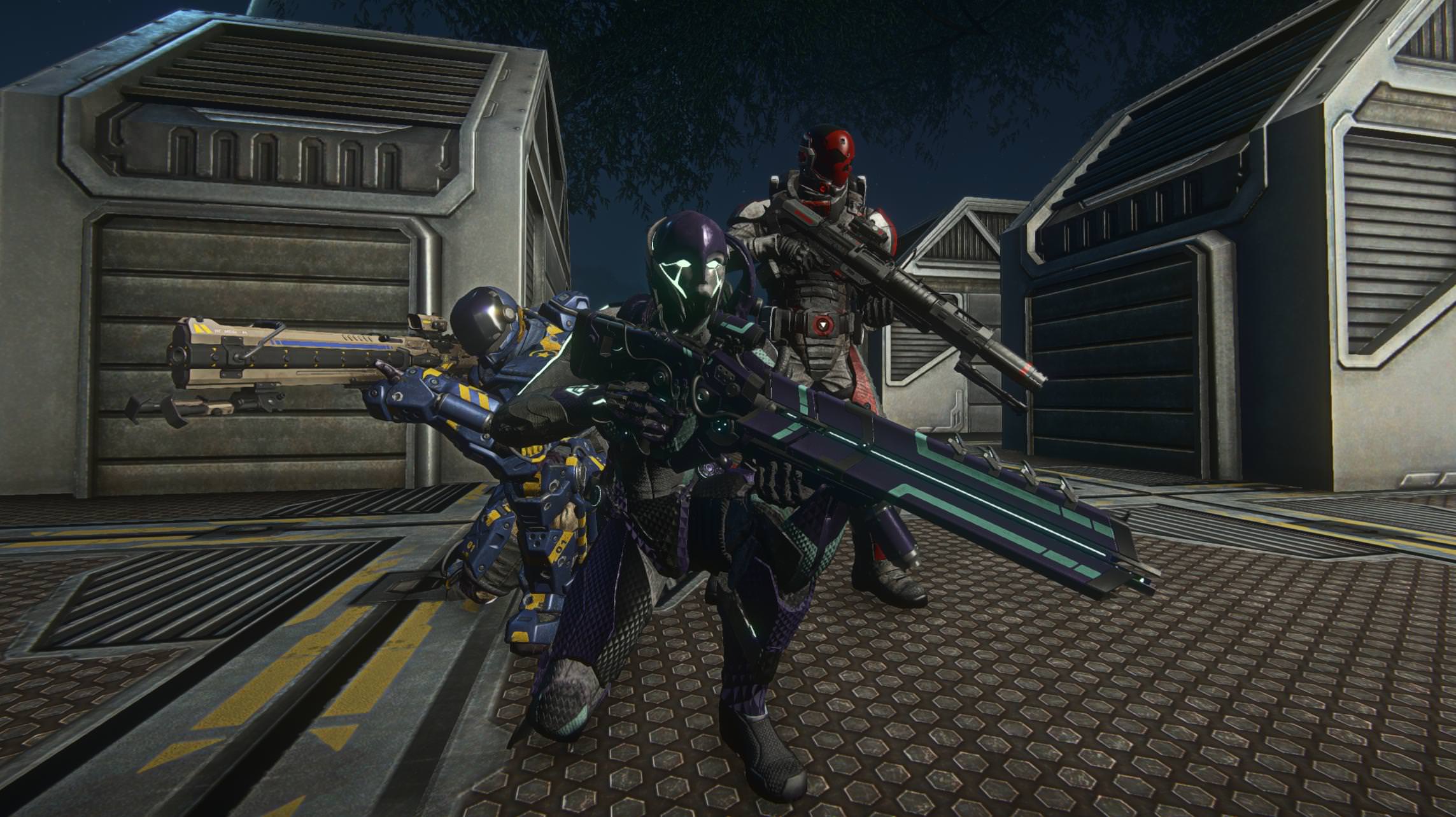 If you're interested in picking up a new Battle Rifle and all of its attachments, you can grab a "Fully Loaded" bundle in the Depot that will include everything you need.

On top of all this, we've also made improvements to the UI, started rolling our squad changes, and more. Full patch notes that include all of today's changes are available here.

We'll see you on the battlefield, soldiers!

Previous
Celebrating 15 Years of Auraxis
Next
Celebrate Summer on Auraxis