We've made numerous changes to the code base that should not only remedy many of the performance issues found in the last major update, but should positively impact other areas of the game moving forward.

Developer Note: This is a very long road we are following towards getting the game more performant. This is a step in the right direction we hope, but still a long way to the finish line.

Unstable Warpgates will remain unstable for 3 hours at most before stabilizing. This will help servers like Briggs move through the continent rotations more quickly, as well as participate in continent events outside of peak hours.

Warpgates now take less time to charge overall, bringing it closer to the three hour mark before you can start triggering a continent-wide alert. 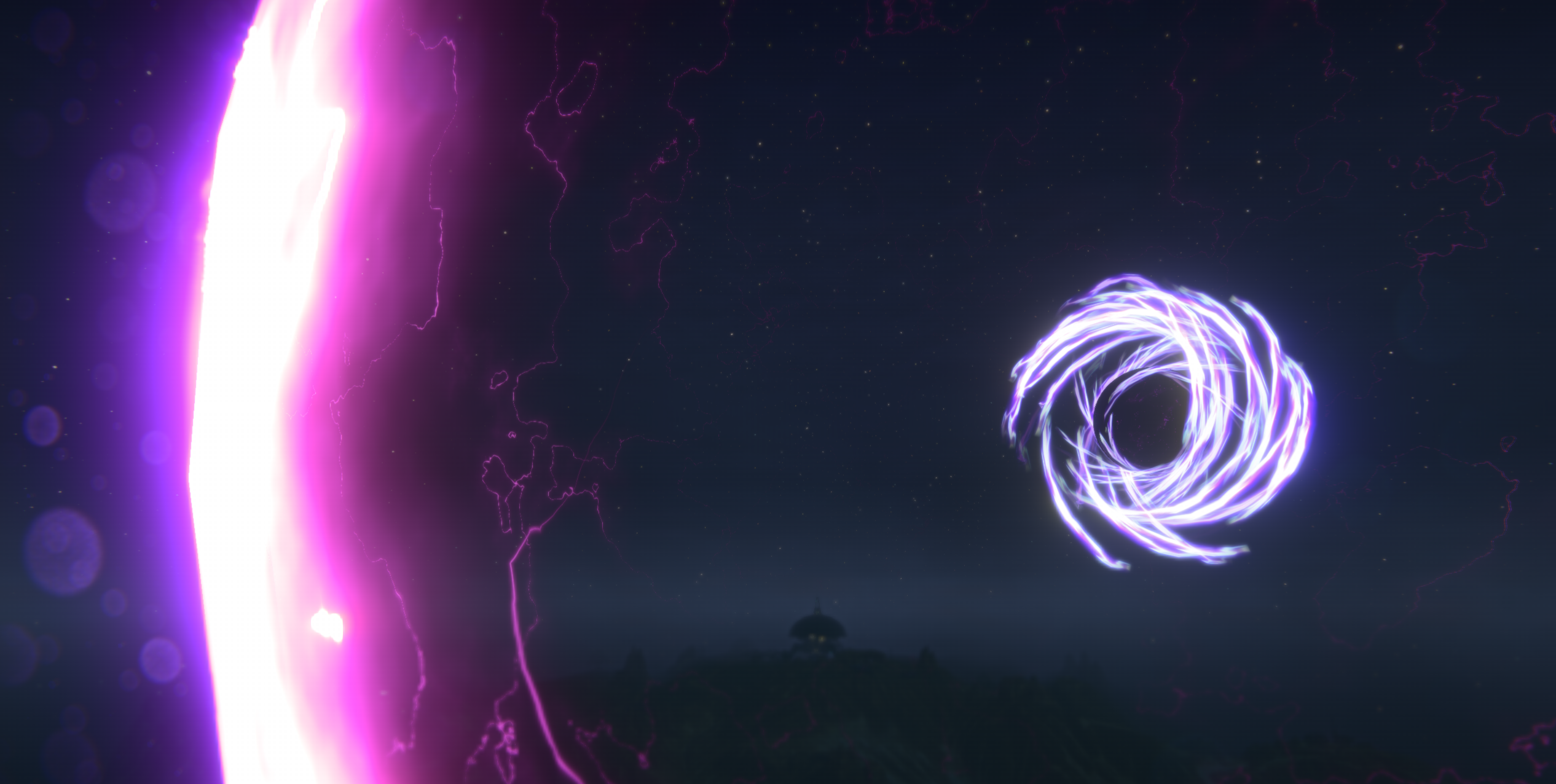 Meltdown Alerts now increase experience gain by 25% for the duration of the alert.

Summer Is Winding Down

August 31st marks the last day for the Summer event, so be sure to try to complete directive before it's gone!

Until September 1st, we've unbundled and discounted the Heatwave weapons as well as some summer themed camos. We've also added released a new "Barren Desert" camo that will go back into hiding once this event ends.

In addition, all Infantry Weapons will be 30% off until September 1st. 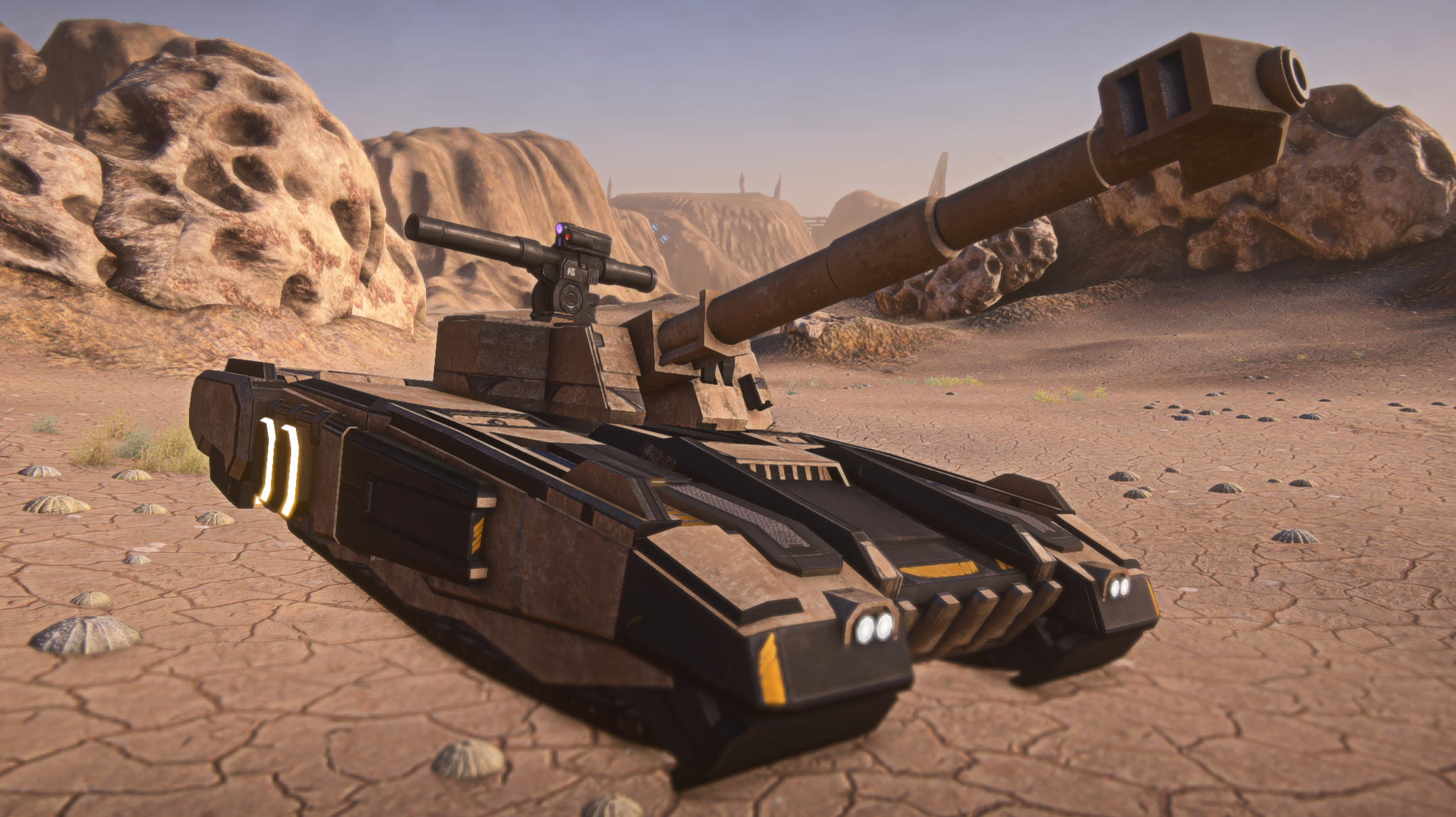 Players have been given a new tool to help guide players through the rigors of combat on Auraxis. "Mentor Squads" can now be created in the squad pane.

Players less than Battle Rank 15 are encouraged to join Mentor Squads by prioritizing them when auto-finding squads, and with prompts through the squad pane.

Mentor Squads are stripped down versions of a typical squad, creating an environment that's more straight forward and easy-to-understand for newer players.

We have plans for more improvements to Mentor Squads in the future, and are looking forward to seeing how these squad types perform for players interested in guiding the next generation of Auraxian soldiers.

A new directive has entered the field. The Construction Directive will challenge players to build, support, and make use of construction objects on the battlefield. This directive line can be found under the “Strategic” Directive Category. 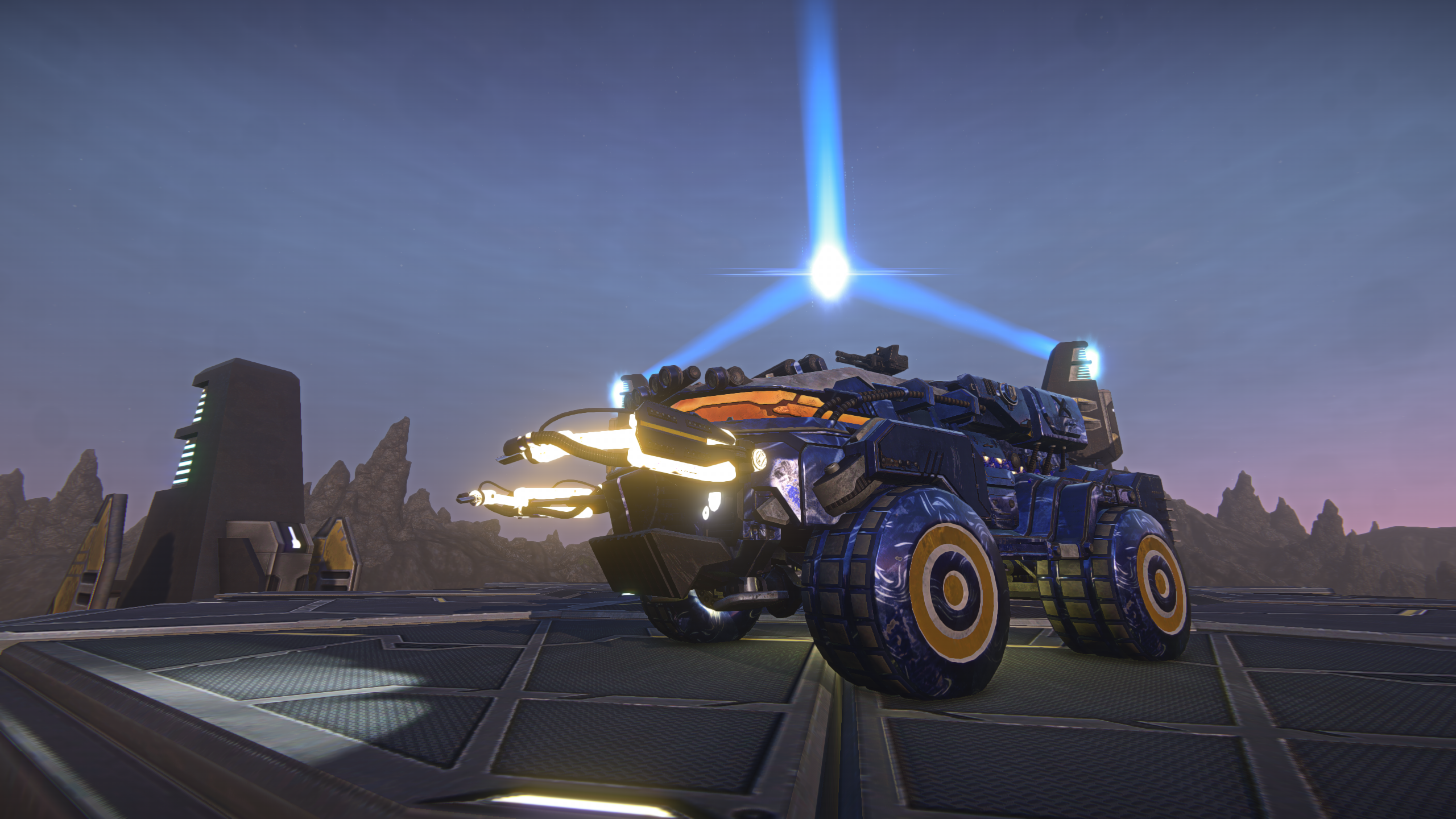 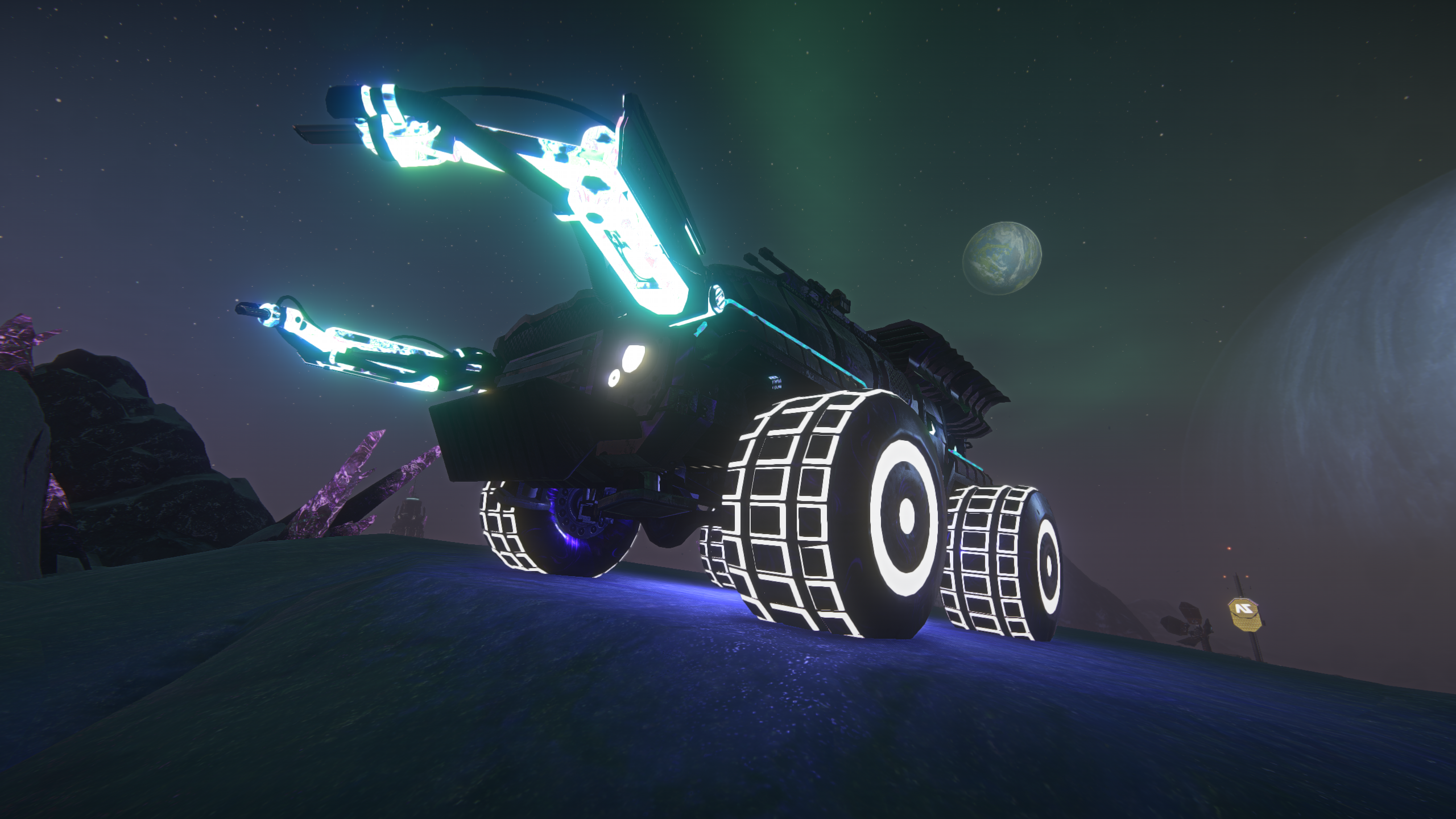 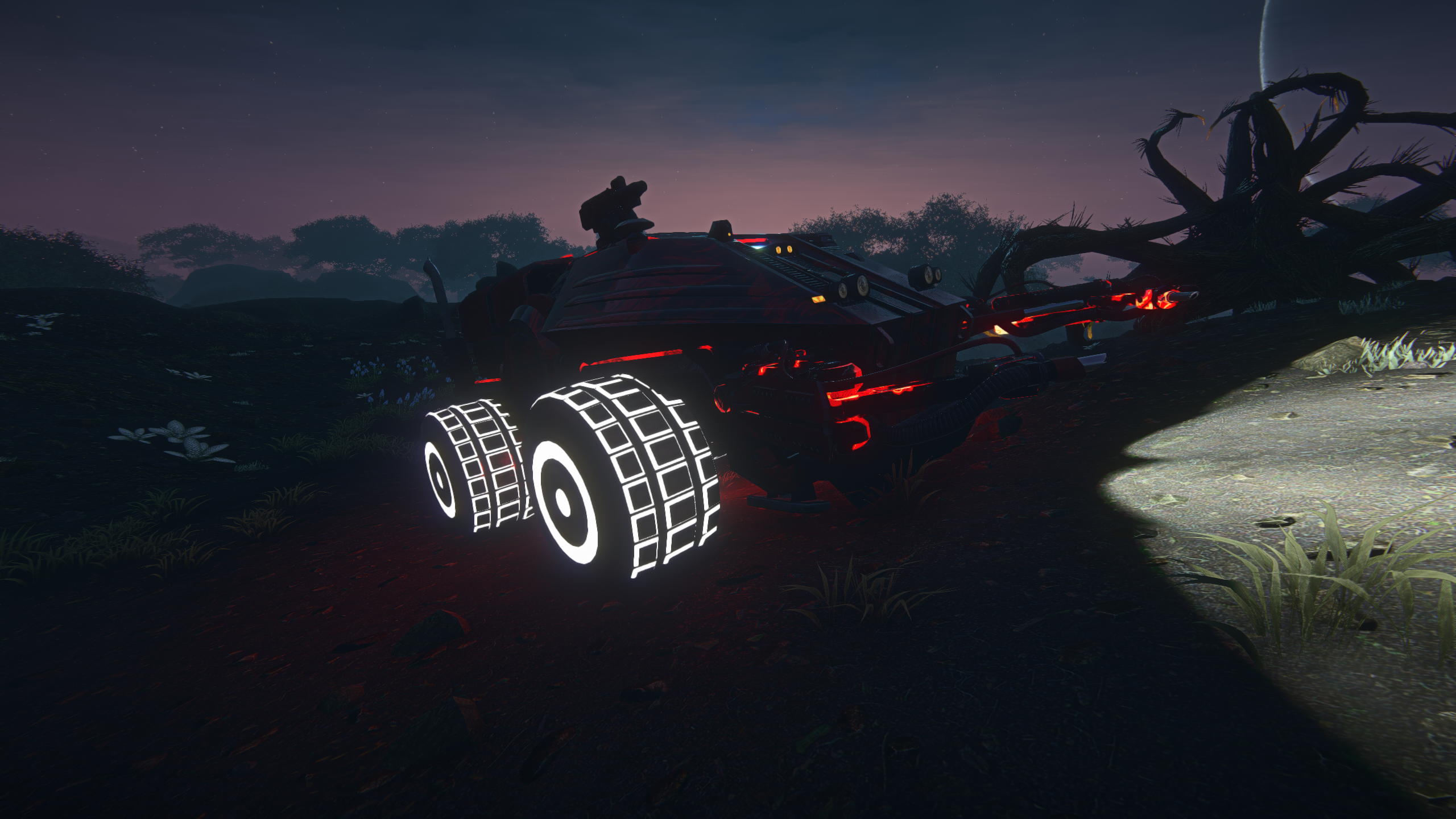 The pool of implants has been doubled. These implants have been added to the normal implant crates, alongside the ability to craft the implants you want with ISO-4. More about that below.

Lady Luck not on your side? Players can now craft their desired implant by using ISO-4 in the Implant Foundry. Currently, all implants except Exceptionals can be constructed through ISO-4 alone.

Construction cost is based on the rarity (drop rate) of that implant. 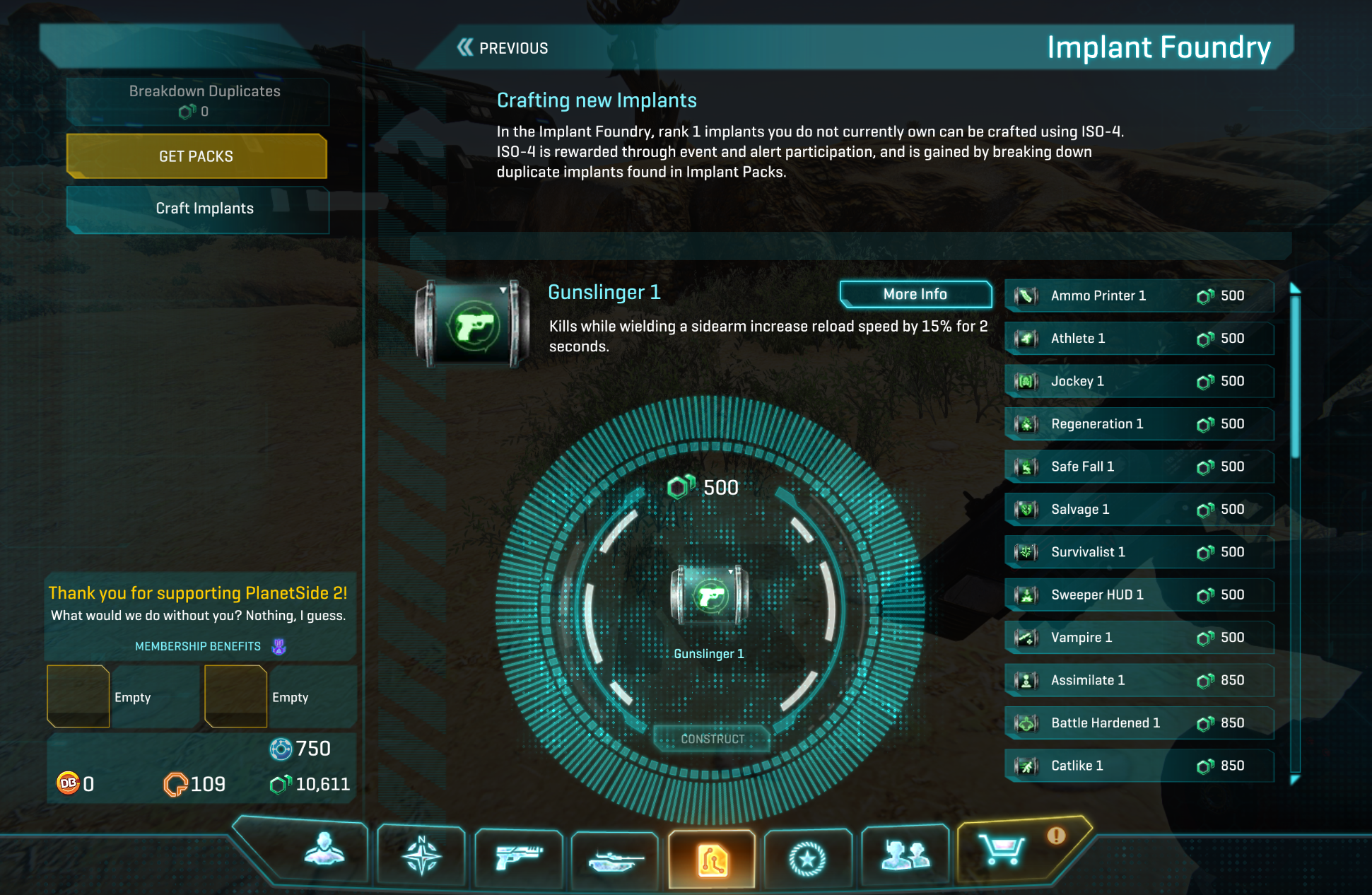 Previous
Celebrate Summer on Auraxis
Next
PlanetSide 2: Sharing the Stories of Auraxis