Hey everyone. Figured it was time to let everyone in on how we'll be approaching the New Player Experience update, and what we've got in progress so far.

New Player Experience is a pretty expansive topic that can cover anything from a player's immediate attachment to their character and the world, to the boots-on-the-ground combat experience in their first session. The overarching goal is to do whatever we can to ensure new players stick around for longer than they do currently.

For this particular update, we'll be revamping a few main areas while addressing smaller odds and ends along the way.

We'll be introducing a more modern version of the character create screen that better describes the motivations of each faction, showcases their technology, and emphasizes each faction's aesthetic. Character select will also be getting some love, and UI audio will be getting a pass to make things a bit more satisfying there as well. The goal is immersion of the player, connection to the world and their character. We initially aimed to have an animatic or brief world introduction just before the character create process, but that won't end up in this initial release. It's a larger-than-you'd-expect undertaking, and will need more time and attention to deliver something worthy of being there. 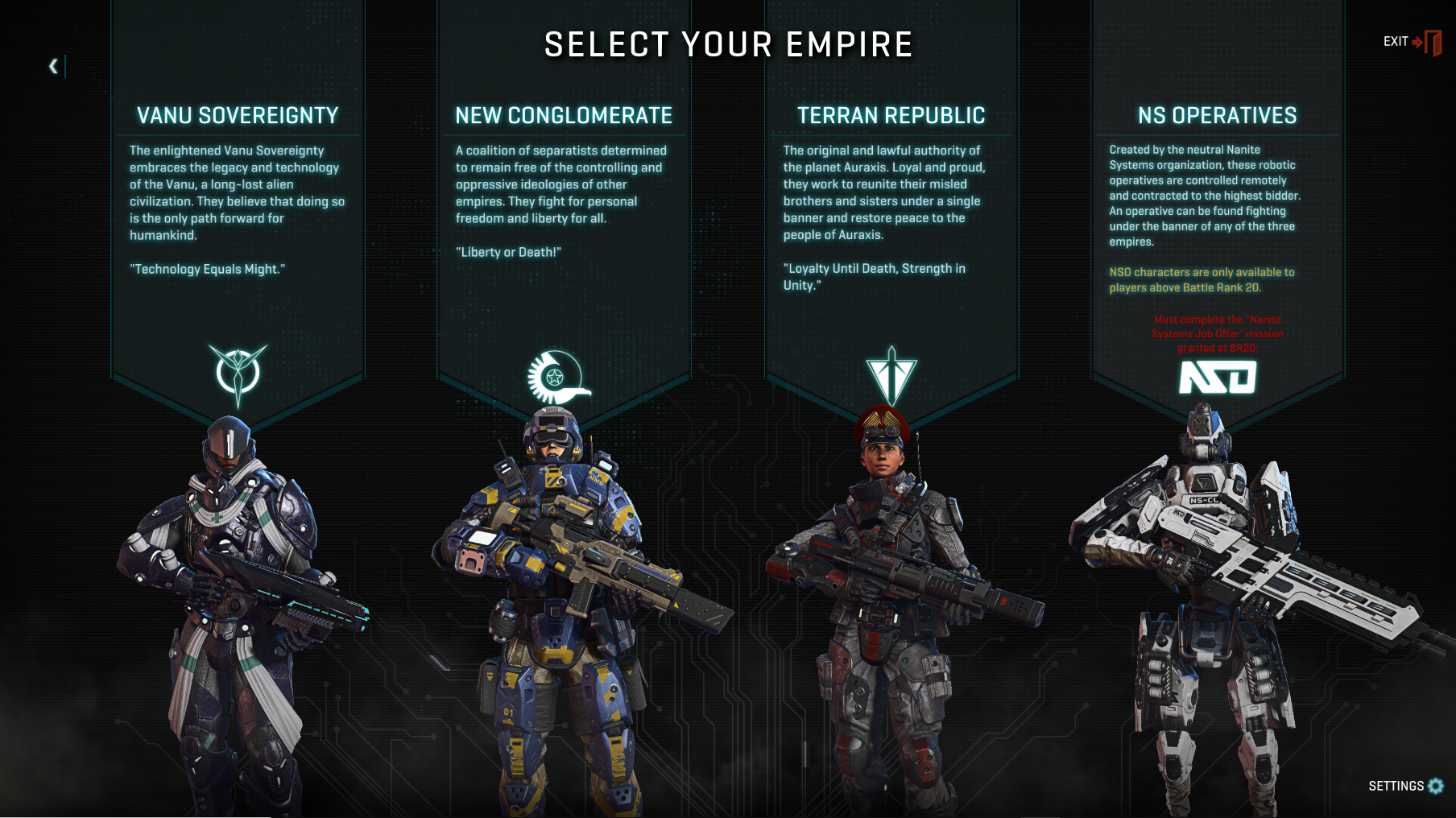 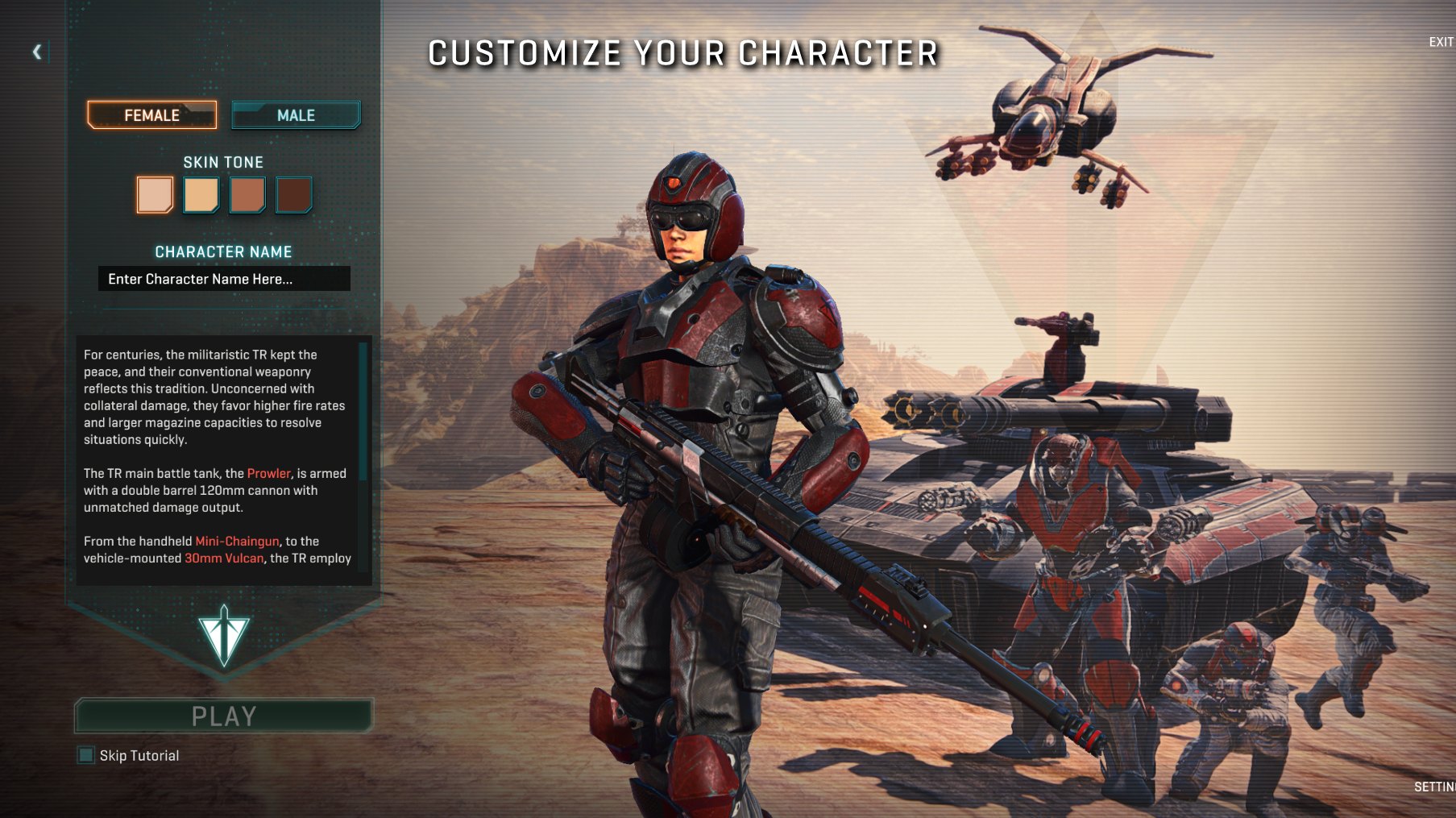 One of the most difficult parts of creating a new tutorial is trying to figure out how to package all of the things you'd want a player to learn without the tutorial running on for way too long, but we've hit a lot of the big beats with our new one. We currently teach the player about shooting, redeploying, using the map, identifying fights, placing waypoints, capturing bases, repairing terminals, deploying Sunderers, and even dealing with MAX units, all in a way that's tactile to the player, and not just a bunch of text on screen. We also use this tutorial as a bridge to the feeling of the main game, by having mock combat scenes taking place, and watching allies run toward the objective. No banshee mosquitos farming you from spawn, but maybe some day. 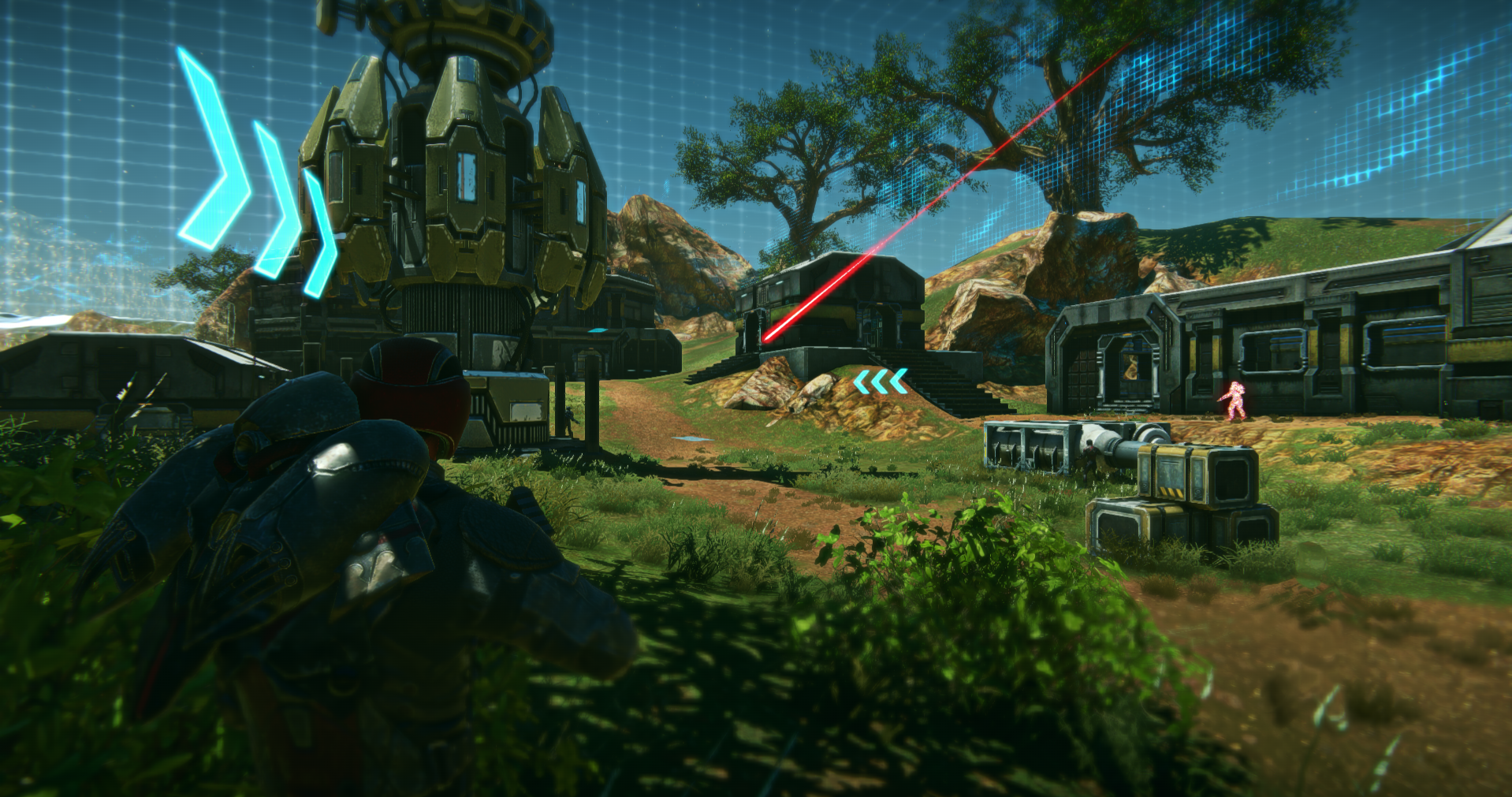 After leaving the tutorial, the player will arrive on Sanctuary in a new Embassy area, and be directed to try their skills in the "real world." New players will receive a mission that will hand hold them for a bit longer, and ensure they can transition from Sanctuary to continent, and then into a warzone in a way that feels natural yet directed. The original idea here was to have a mini-campaign for the player to participate in, and we may end up going that direction in the end, but each iteration we've come up with thus far had some concerns over pacing and how well it would mesh with the  chaotic sandbox of Live. 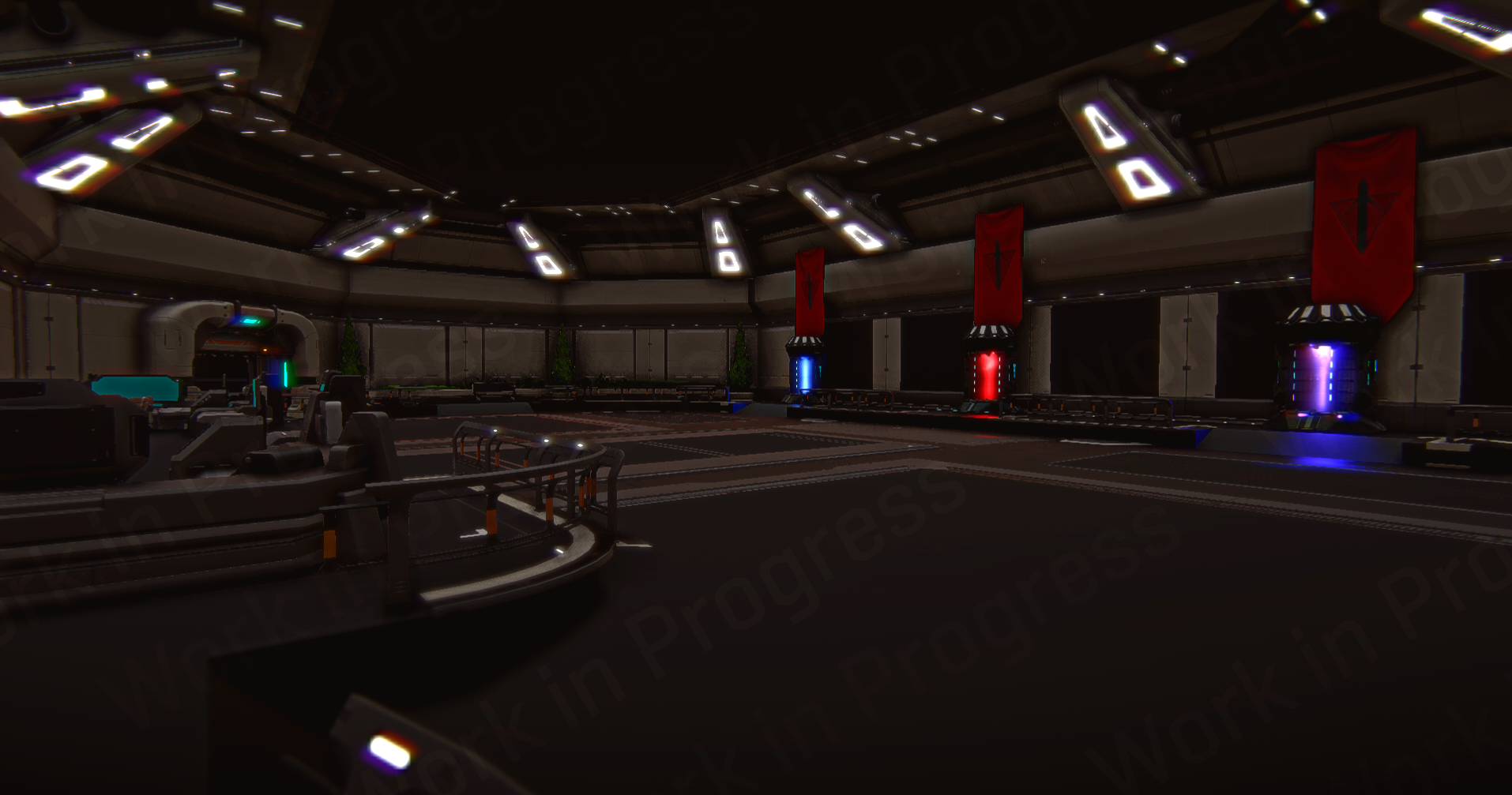 A work in progress picture of the reception hall leading to the individual embassies.

Along with this update, we'll be adding a new graphics setting that will allow players to choose from various colorblind options. Many of our players (and a couple team members!) are colorblind, and it felt like a good time to pursue some of these changes. We're currently working toward filters that adjust for Protanopia, Deuteranopia, Tritanopia, Achromatopsia, Protanomaly, Deuteranomaly, Tritanomaly, and Achromatomaly. At this time, the UI and HUD elements don't receive adjustments to color (only 3d space like terrain, enemies, the sky, etc,) but we're investigating our options there. 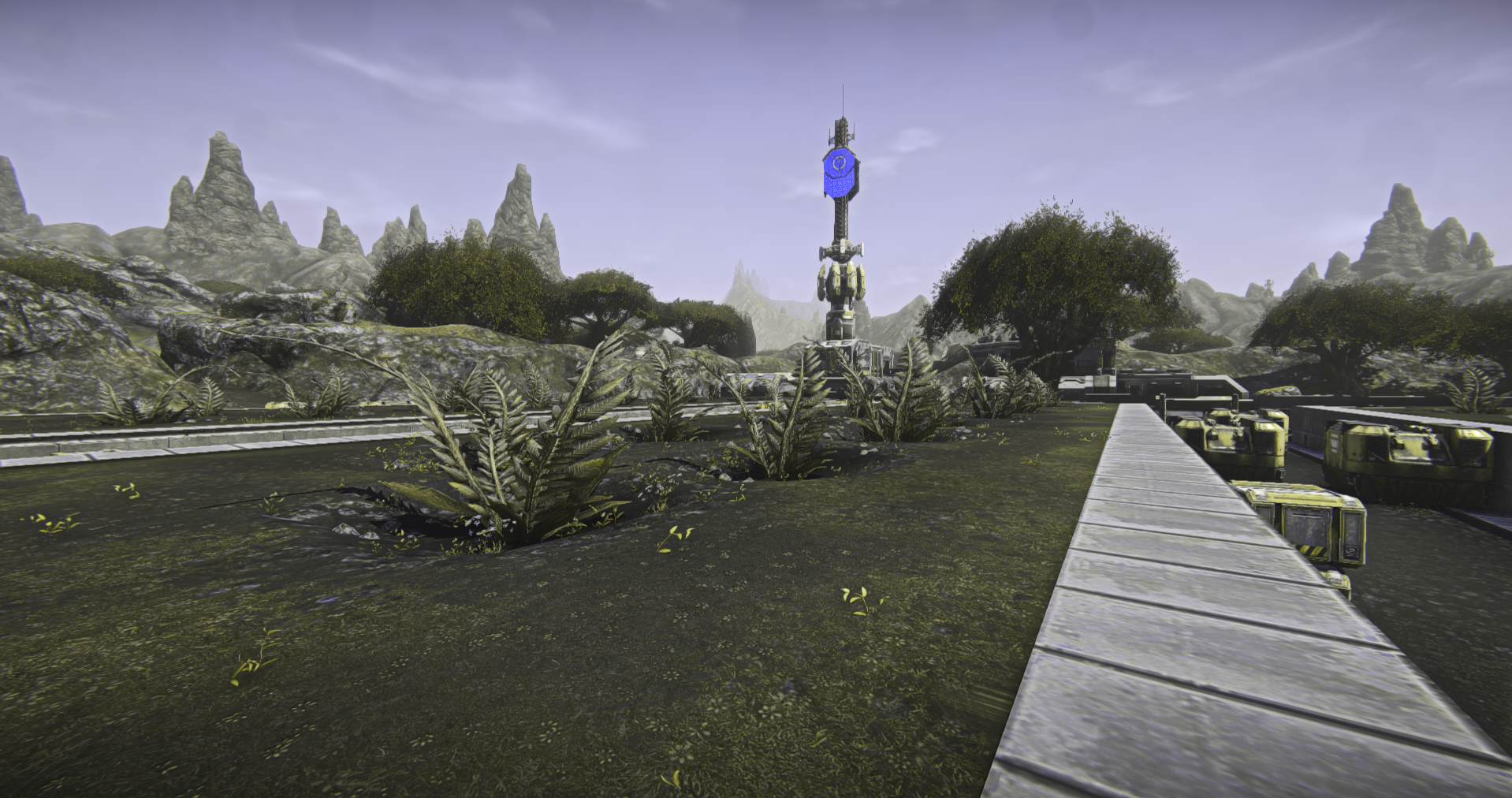 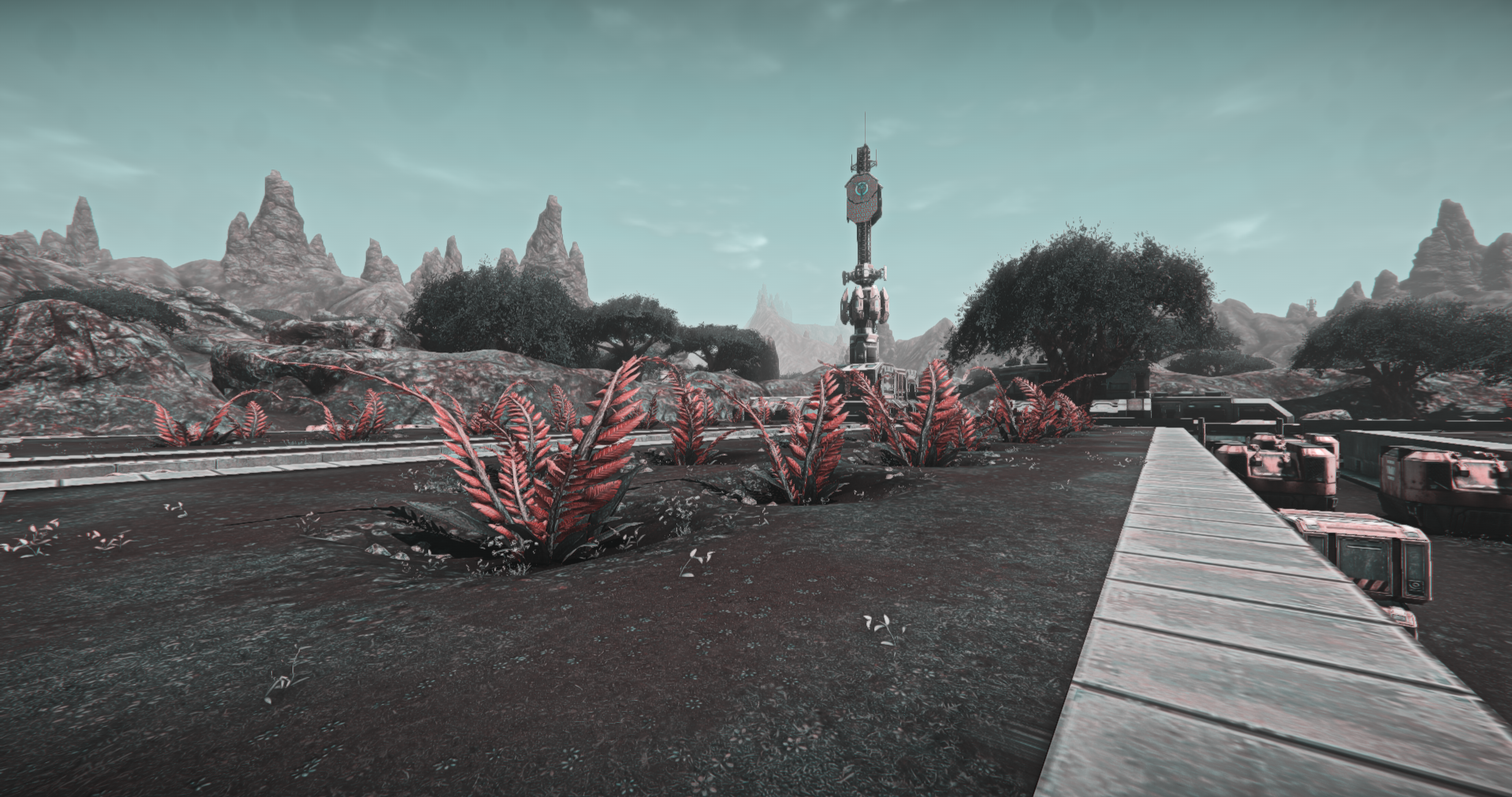 A new player's default equipment is being revised, and some balance adjustments are being made to coincide. Gauss SAW is being replaced with the GD-22S, dumbfire launchers are being swapped for G2A lock-on launchers as a base, and VS/TR sniper rifles are getting swapped to bolt-actions right out the gate. The Lightning's C-75 Viper is being swapped for the Python HEAT, and the HEAT has received some additional alpha damage to make it a stronger overall choice, while still retaining the flexibility of a faster reloading weapon. Resist type 4 (heavy machine gun,) resistances are receiving reductions for many vehicles, which will put Basilisks, among others, in a more competitive position from the start. Vehicles are also receiving default utility and defensive slot options, and infantry suit slots have received a quick pass as well. (Nanoweave is being nerfed, not removed.) 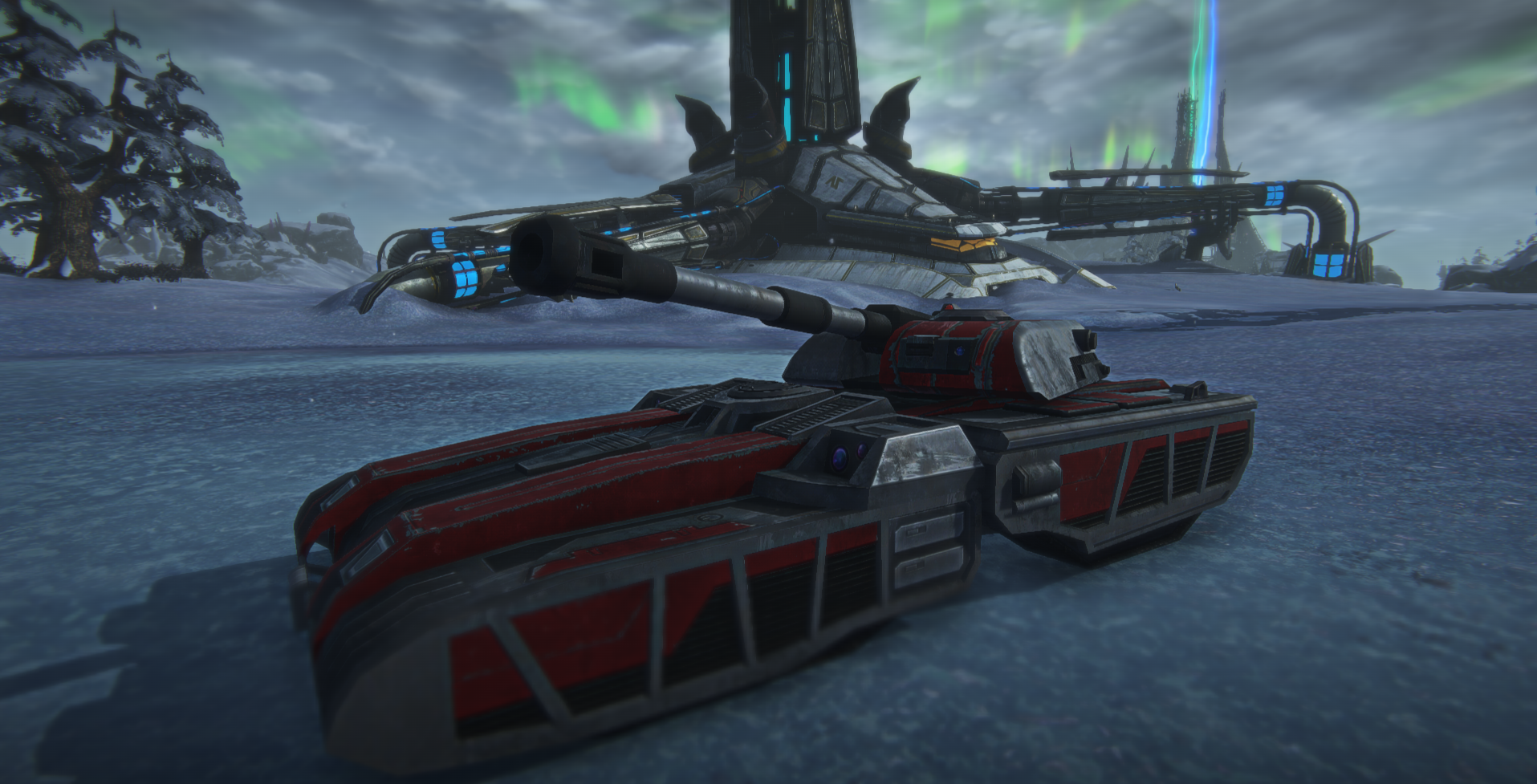 The Lightning, refitted with the HEAT as a default.

Similar to the gameplay adjustments, we're making small changes as we can to help improve the overall experience. Infantry loadouts will have a "cover sheet" that teaches the roles of each class and what special equipment they have access to. Mission Boards, Warpgate Terminals, and Equipment Terminals in Sanctuary, for example, are now labeled as such in a visible way. Waypoints are getting better 3d visuals, and have rays extending further into the sky, allowing them to be more visible from the air or when placed behind tall buildings or cliffs. Quick Deploy will now ask you to head back to the map screen to select a spawn when your last spawn location dies, instead of just giving you a new nearby (sometimes hundreds of meters away) spawn location. Shield bars will be displayed above spotted target health bars, and more. 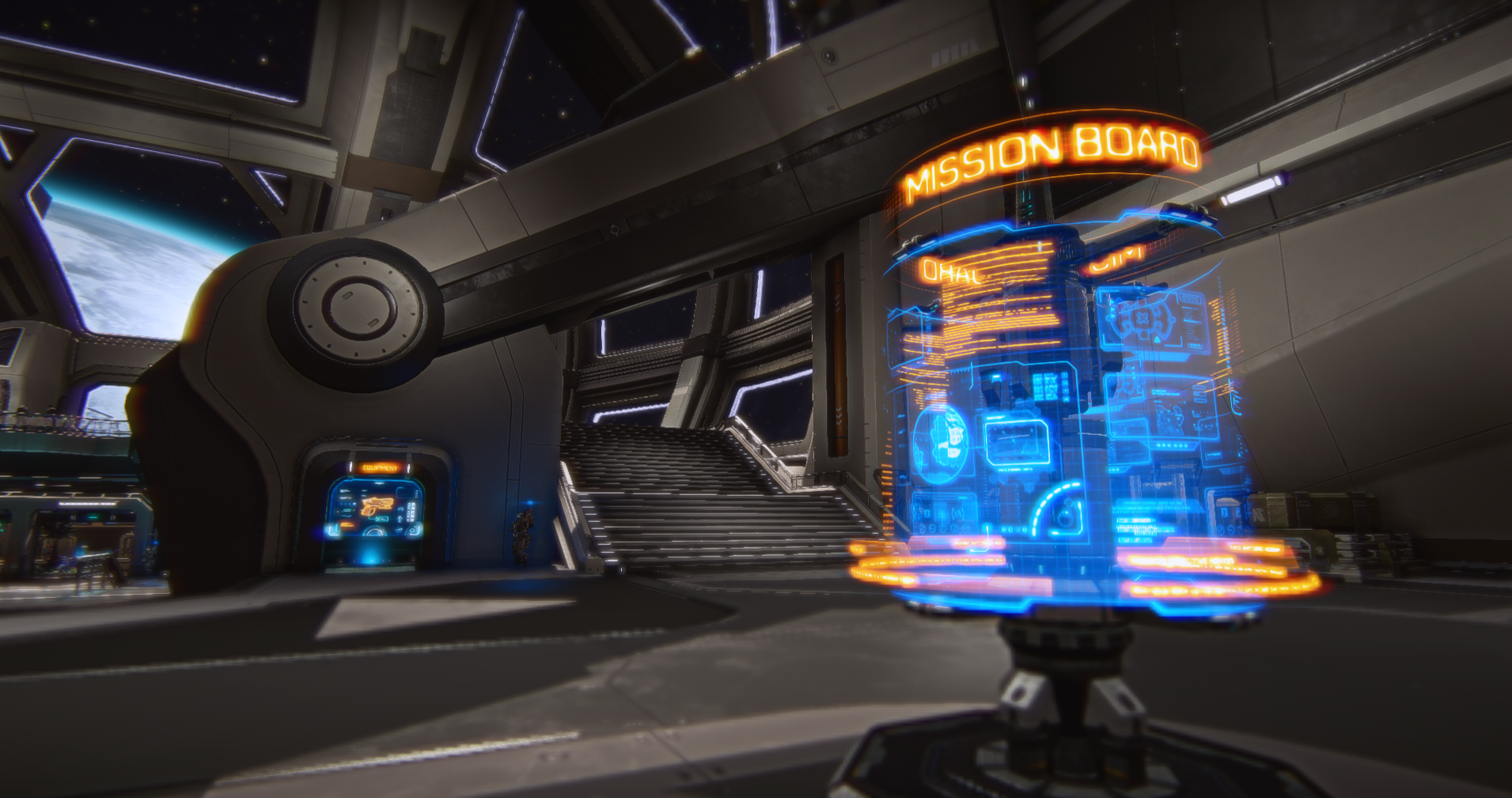 Terminals on Sanctuary now with signage above them.

Some Things We've Thought About

Going into this update, the what we could do was insane. There are so many ideas and options and ways to improve the experience, but simply not enough time to get it all done in a single update. In order to ensure we hit our updates toward the end of the year (Winter season in particular is going to be amazing,) we needed to make sure the scope fell within reason. That hasn't stopped us from prepping design documents for ideas we'd like to tackle later, however, and we can continue moving down this route if we feel like the return on time spent is worthwhile. An example of some things we'd like to address BUT ARE TOTALLY NOT COMMITTED TO BY ANY MEANS, are a revision of the Mentor System that focuses on commending players for positive actions, recommended unlock paths that make it easier to spend certs with confidence, temporary "garrison squads" that auto-group nearby players who are fighting over the same area, modular "advanced" tutorial areas, a battlefield "director" that more strongly suggests plans of attack, a pass on currency types, and far too much more to list. 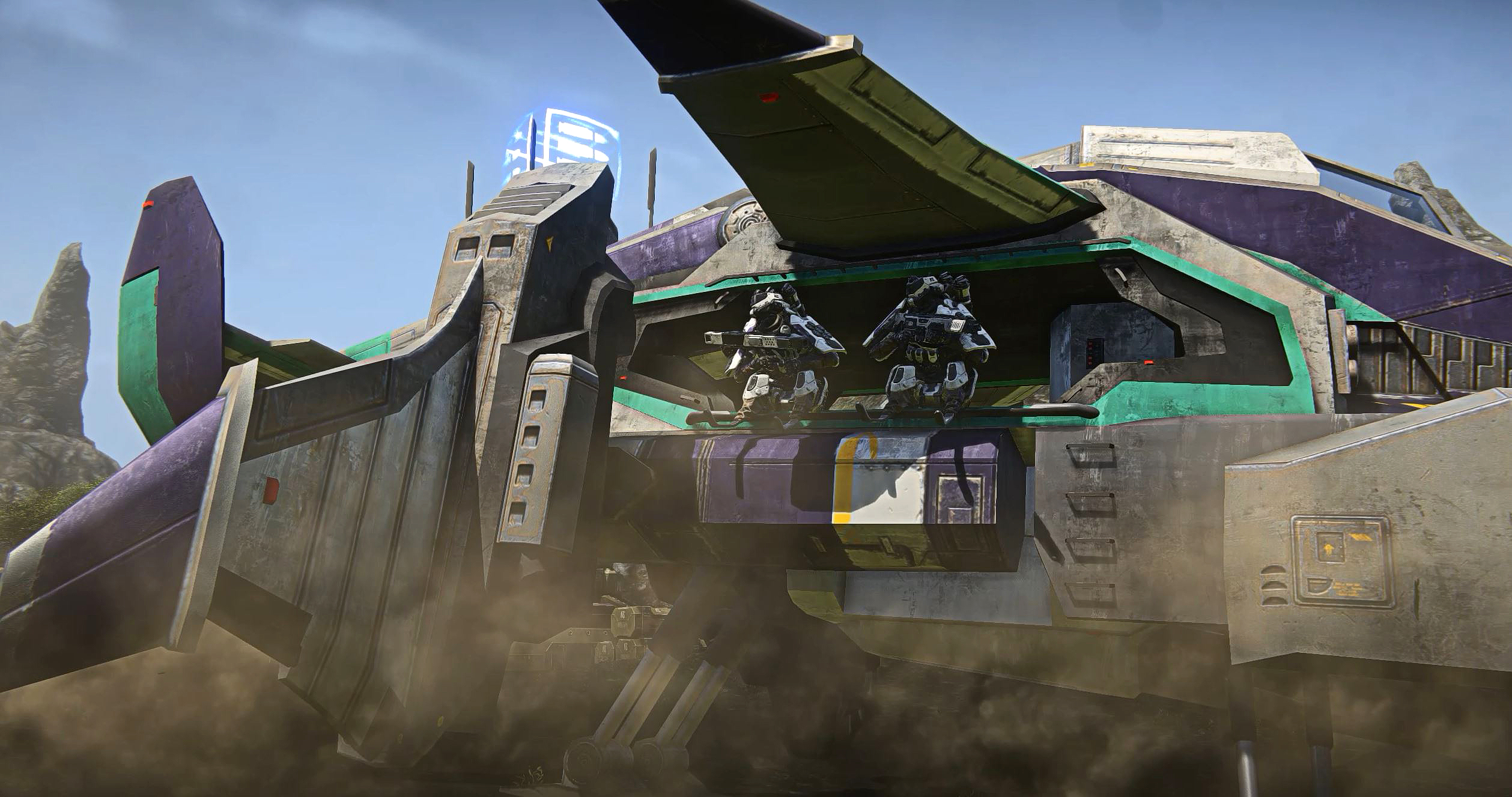 I'll be sharing more information as we get closer, including when the update will be coming to open testing, and talk about the non-NPE updates that will fall into this release as well. Look forward to plenty more.

Drop us a comment on our forums and let us know what you think about this latest update!