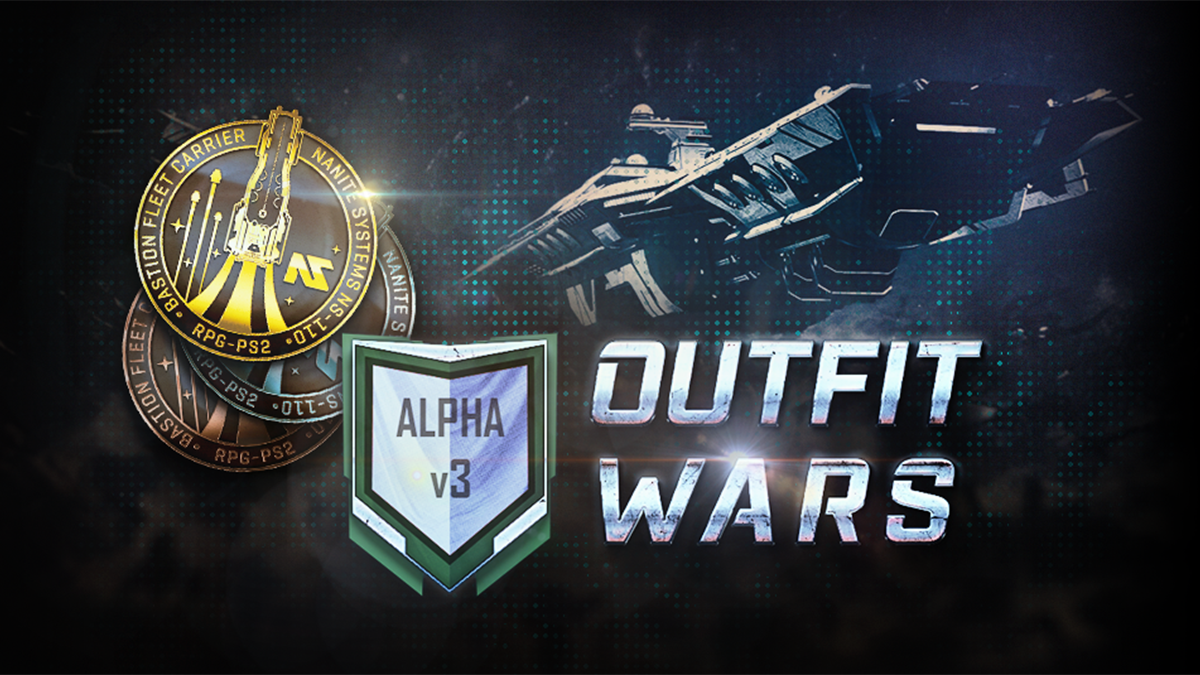 Riches and glory eternal beckons from beyond the wormhole, soldiers...welcome BACK to Outfit Wars!

For newer players, Outfit Wars is a competitive tournament cycle, first introduced in last Spring's Escalation PC update, for aspiring Outfits to prove their valor, earn rewards, and compete for the title of Auraxis's best. Any PlanetSide 2 PC Outfit with a full platoon(48) of members and enough resources can opt-in to participate in their server region, before competing in a series of epic 48v48v48-player matches on Desolation, a new Asteroid continent built for competitive play. NEW to this update (now available on PTS!), ALL participating Outfits will compete on Desolation throughout Qualifiers, with the top Outfits from each faction advancing to the playoffs.

This is a major change from our prior Qualification Phase, one intended to be more participatory, less disruptive to the main game, and ultimately allow every enlisted player the opportunity to battle it out on Desolation. Given the scale of changes going into this update, it's crucial we get it up to the Public Test Server for community playtesting and feedback before it hits Live.

Read on for all the intel on the new Outfit Wars, including details on how qualification works, and the full PTS match schedule!

In a slight change from prior Outfit Wars tournament cycles, Alpha Cycle 3 will consist of 4 primary phases:

As every OW match features 48 players per Outfit, Outfits will need at least 48 members to be eligible (we've dropped that requirement to 12 players on PTS this weekend, and have also waived the normal resource requirement to enlist). There is no limit to the number of Outfits that can enlist, but there must be an equal number of Outfits per faction (if your Outfit's status is listed as "pending," you will be added to the Qualification Phase once an even number of Outfits have enlisted).

Important note: As soon as your join an Outfit Wars match, your account is locked to that Outfit for the duration of the War on that server. You will be unable to fight for another Outfit on that server until the War completes. Additionally, leaving an Outfit now zeroes out your Loyalty, and at least Rank 3 Loyalty will required to travel to Desolation for a match. The goal with these changes is to cut down on the amount of "ringers" participating in multiple Outfits. This was a major point of feedback from our first Outfit Wars Alpha cycles.

New to this update, enlisted Outfits will participate in a Qualifying Phase that features weekly competitions on Desolation. Each week, Outfits will be ranked within their their faction based on their performance that season to date. They'll then compete that week in a 3-way match vs. two Outfits of similar rank from their respective rival factions, moving up or down their faction's leaderboard based on the results.

Each match, Outfits will move up, down, or hold their ground on the leaderboards. 1st-place victories hold the most value, while 2nd or 3rd place is worth far less. Rank will be determined by overall record. After Qualifying ends, the top-6 Outfits from each faction will then advance to the playoffs.

At the start of the Playoff Phase, all but the top-6 Outfits from each faction are immediately eliminated, and all leaderboards are reset.

This scoring system is intended to offer a slight seeding advantage for Outfits that finished higher up the Qualifying Leaderboards. Playoffs will consist of 3 weekly rounds, with the winners awarded additional Victory Points after each match (+3 for Gold, +1 for Silver, 0 for Bronze). Last-place Outfits will be eliminated at the end of each round, until there are only 3 Outfits per faction left standing. The 9 remaining victors will advance to the Championship.

The final competitive phase occurs over a single round of matches - it all comes down to this, soldier!

The top-3 Outfits from each faction (9 Outfits total per server region) will face-off in Gold, Silver, or Bronze medal matches, depending on their final Playoff performance. Rewards are accrued for every participating Outfit after the final matches end. To the victor go the spoils...

We've scheduled an abbreviated Outfit Wars cycle on PTS so we can test every phase of the competition. The Enlistment Phase starts today and will run through the end of the week, with Qualifying matches kicking off on PTS this Saturday, January 30. Check-out the full PTS schedule below:

For instructions on how to download the Public Test Server, visit here.

On PTS, all Outfits will need at least 12 players to enlist, rather than the 48 required on Live. Enlistment resource requirements have been disabled, as have Orbital Strikes on Desolation. Characters must also be Loyalty Rank 3 or greater to join a match on Desolation (you can pickup free Outfit Loyalty and other currencies on PTS from the holographic Flash located on Sanctuary, next to Representative Ayla in the Atrium). And as a final reminder, players are locked into that character/Outfit as soon as they join their first match, much like things will work on Live. 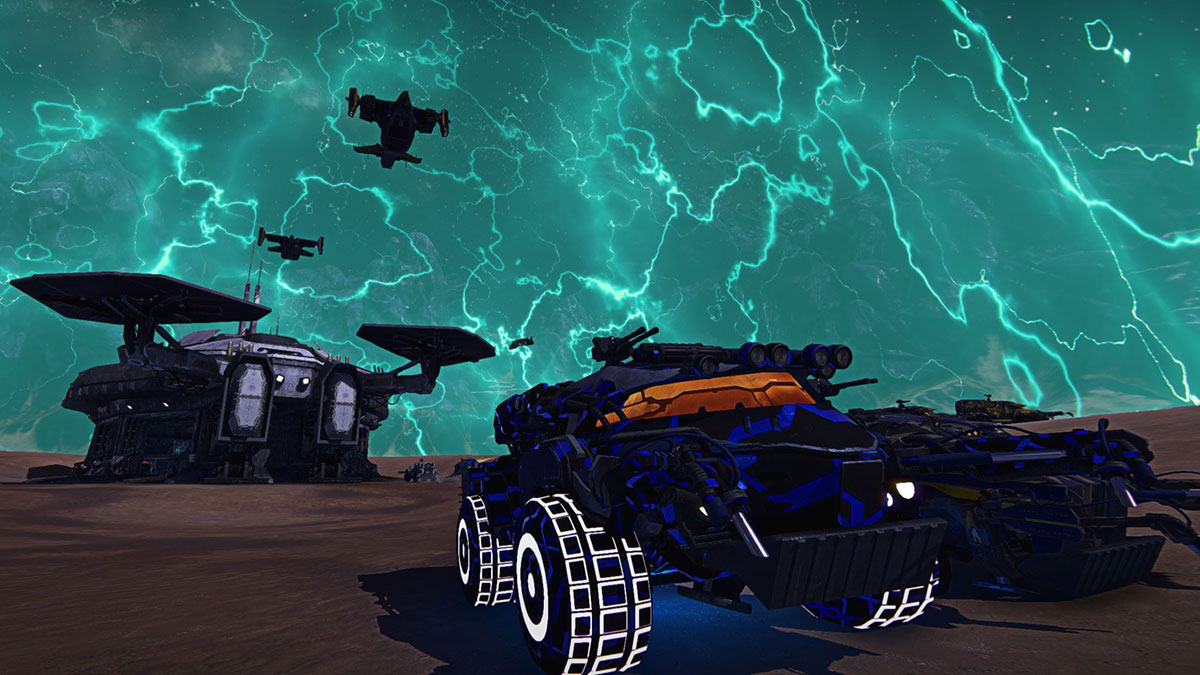 You can read up on all the details going into this update (including Outfit Wars rewards!) over on the patch notes, including additional changes to Indar, War Asset balancing, Deployables and more. We'll have more to share on the Live timing and Alpha Cycle 3 schedule later next week.

As always, we greatly appreciate you participation on Test, soldiers, and look forward to hearing your feedback! It's almost time to show all of Auraxis your Outfit has what it takes to be the best - enlist on PTS now!

Previous
Ring in 2021 in Style!
Next
A Message from Andy Sites