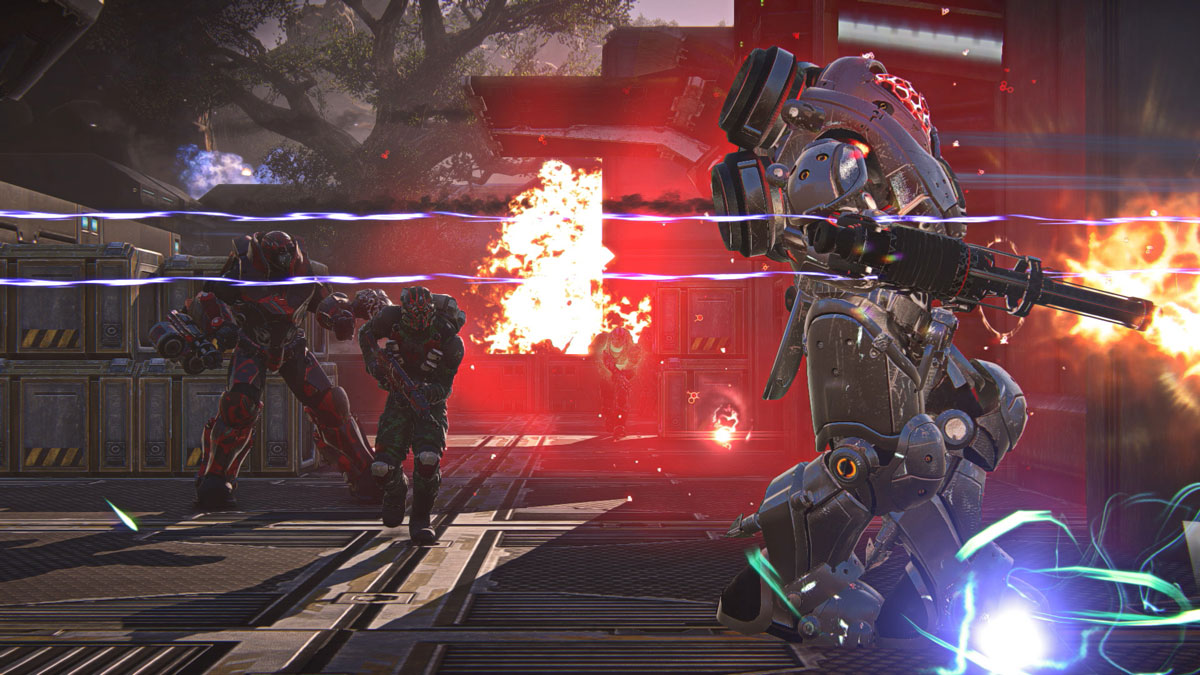 The battlefields of Auraxis have exploded since the Escalation update launched, and we're giving ex-Briggs players looking to get closer to the action a one-time opportunity to transfer their characters from SolTech to Connery (NA West)!

Starting today, Tuesday, March 17, through Tuesday, March 31, any player that wants to transfer their character from SolTech to Connery will have their request granted if they open up a Customer Service ticket requesting a character move within that window. Be certain of your choice before opening a ticket - after the transfer, your character will be locked on the server. You may want to create a new character and hop into a few battles on Connery before you decide on transferring any of your main characters.

When exactly will SolTech -> Connery server transfers take place?
March 25 UPDATE: The first round of character transfers were completed during this morning's scheduled downtime. New requests submitted prior to Tuesday, March 31 at 6:00 PM PDT (Wednesday, April 1 at 12:00 PM AEDT) will be accommodated as soon as they are received and processed. You *MUST* submit your request through a Customer Service ticket prior to 6:00 PM PDT on March 31 to ensure a character transfer.

Important note: once you request a transfer, do NOT play the character you've specifically requested the transfer for until Customer Service informs you the transfer is complete. You can still play other characters while the request is being processed.

Will I lose the stats I’ve earned playing PlanetSide 2 after transferring servers?
Everything you’ve done in game will transfer with you including kills, score, etc.

Will I retain my items and certifications?
All progress you’ve gained and items purchased will go with you to your new servers.

What happens if naming conflicts arise due to the transfers?
Your character name is unique to your account and will remain the same. This is true of Outfit names as well (no two Outfits can have the same name, even on different servers).

Will there be an option to purchase server transfers in the future?
We currently do not have plans to offer any server transfers beyond the SolTech-Connery transfers offered in the above stated two-week period.

What exactly happens to my character after the transfer period ends?
Your character will become a permanent resident of whatever server they are on as soon as the transfer is complete.

Previous
Escalation Launch Guide
Next
Get Lucky on the Battlefield this Saint Patrick's Day!