Winter is coming to Auraxis!

It's frosty season, soldier, so bundle up and fortify your spot by the fireplace; the December update is bringing a wealth of wintry gifts to a chimney near you!

The first NSO-specific weapon, NSO infantry unit, new hovercycle, Snowmen event, and Auraximas Directive line headline our Winter game update, which is now up on the public test server (PTS) for your feedback! The update will remain on the test server through the weekend (all NSO content will be available to everyone playing on PTS), before coming to live servers on both PC and PS4 next week.

Read on for everything coming your way! 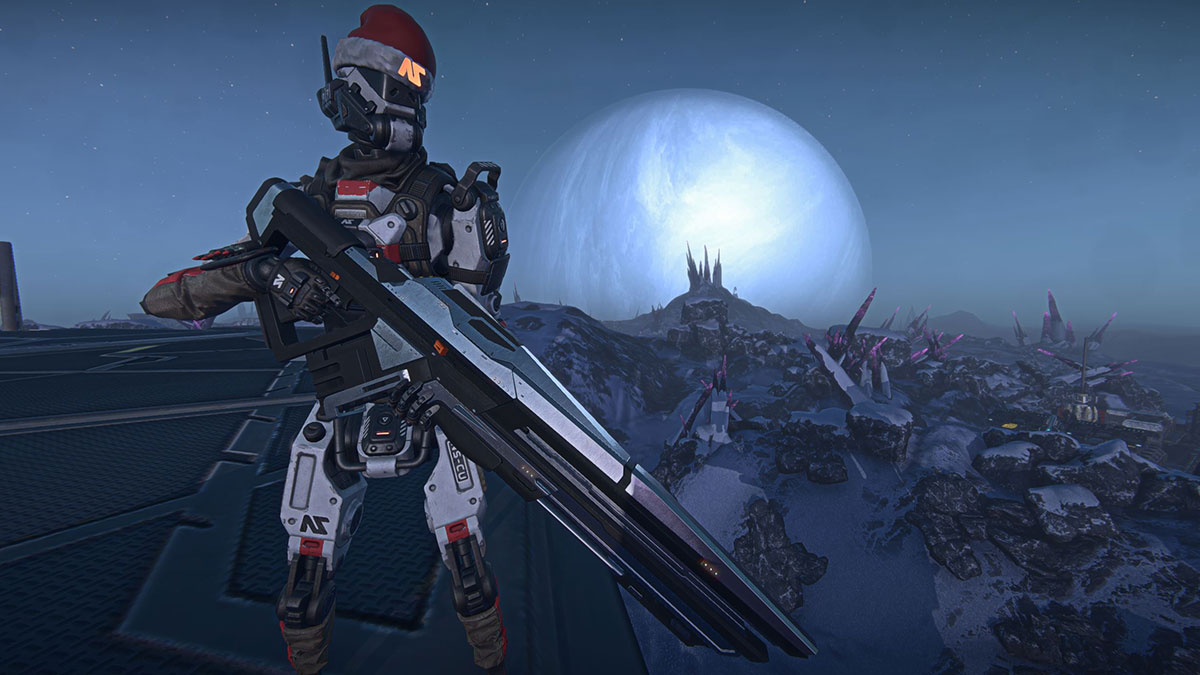 Robotic reinforcements are about to get a lot more deadly: the SR-200 is ready to enter the battlfield!

The first NSO-specific weapon to join the war effort, the SR-200 is a long-range, bolt-action sniper rifle exclusively available to remote-infantry combat units. Keep your eyes on the horizon when NSOps drop into your zone, this devastating addition to their arsenal can bring death from nearly any distance. 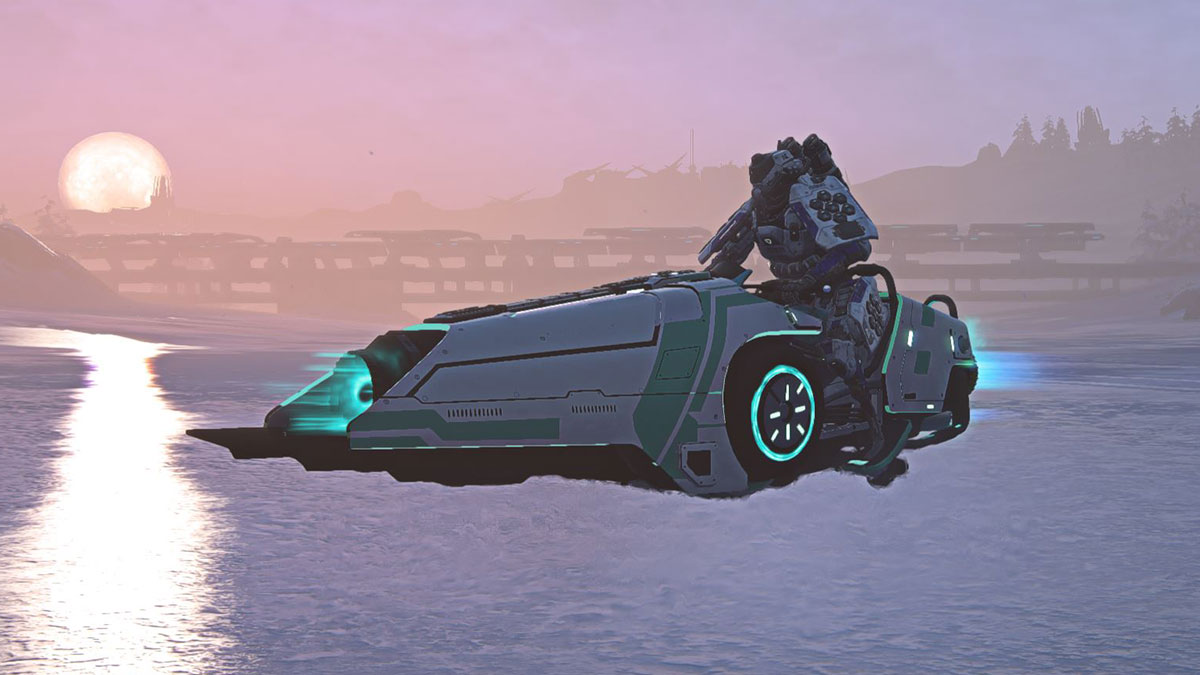 A new prototype for speedy personal transport and reconnaissance across the battlefield, the Javelin features built-in turbo and strafing capabilities. Whether outflanking an enemy position or escaping a hairy situation, glide with speed and grace in this hovercycle designed for quick infantry transport across any variety of combat terrain. An open rumble seat allows for one additional passenger, and while it is not innately equipped with offensive weaponry, it has a variety of defensive and utility options. 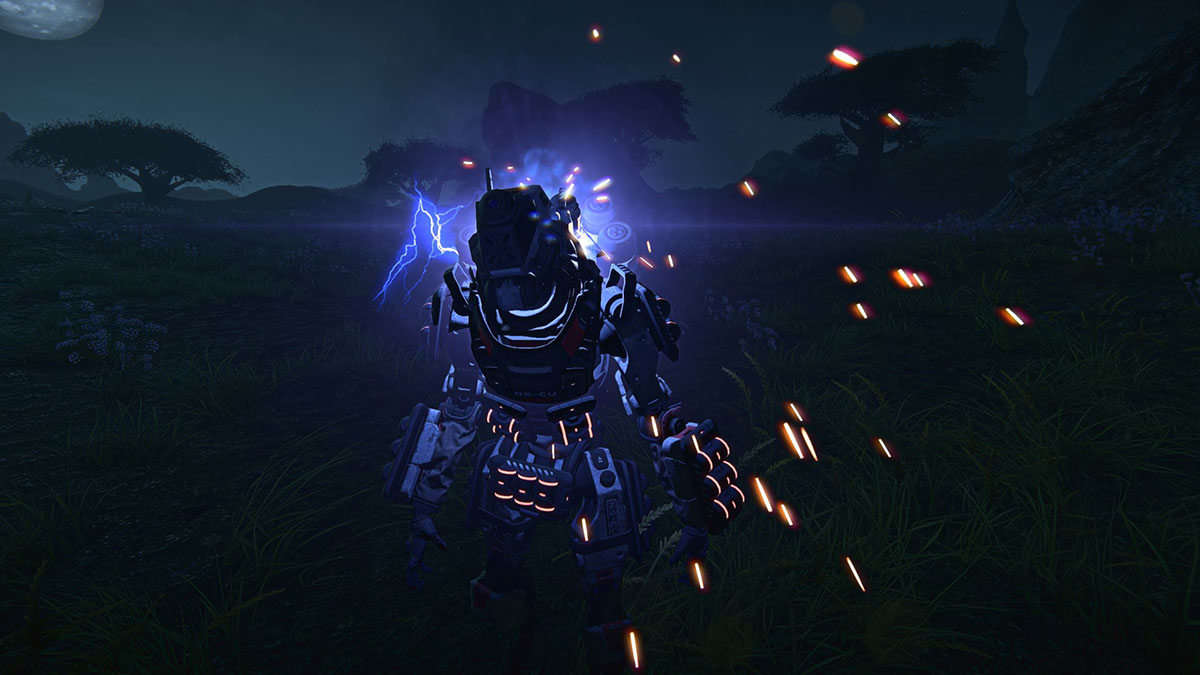 A new combat unit has entered the battlefield! Though it's uncertain who is behind its creation, this hijacked robotic husk is wired with explosives, and appears devoid of the typical moral restraints that come with Nanite Systems sanctioned operators. With an increased health pool, built-in grenade launcher, deadly melee capabilities, and two utilities - a bubble shield that protects nearby allies, or a powerful time bomb - the Defector can annihilate entire squads in close-range combat without springing a gear. Be wary of its generator lights: that means its abilities are active!

Nanite Systems has noted an uptick in missing combat units, and would like to remind all leaseholders that tampering with, disabling, or otherwise preventing the return of these units is unauthorized, and will result in immediate contract termination.

Winter Event: The Return of the Snowmen! 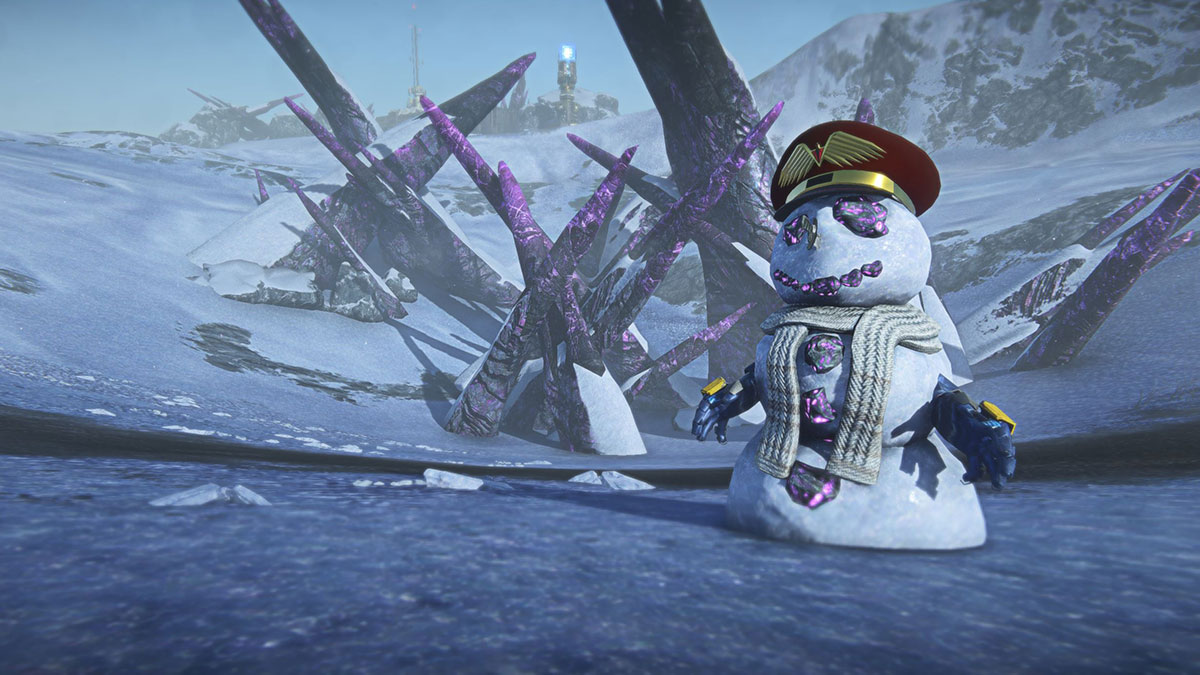 Are YOU ready to frag a snowman this Auraximas, soldier? The chilliest event of the year is back, bringing forth the coldest faction Auraxian battlefields have to offer! This year, even the Bio Labs have frozen over!

A faction of snowmen has sprung up across the planet, perfect for earning XP and getting in target practice as you work towards bringing victory for your empire. You'll also find a deployable Snowman Soldier in your infantry utility slot - deploy this snowman and it will do it's best to protect you from incoming threats. You may even happen upon the elusive Golden Snowman who can reward you with a shiny gold hood ornament and a ton of bonus XP!

This event will be available in game starting on Wednesday, December 18, and running through Sunday, January 5!

And of course, there are presents that you can earn yourself by completing the new Seasonal Directive line:

Once unlocked, you'll be able to use these gifts even after the snow melts away. 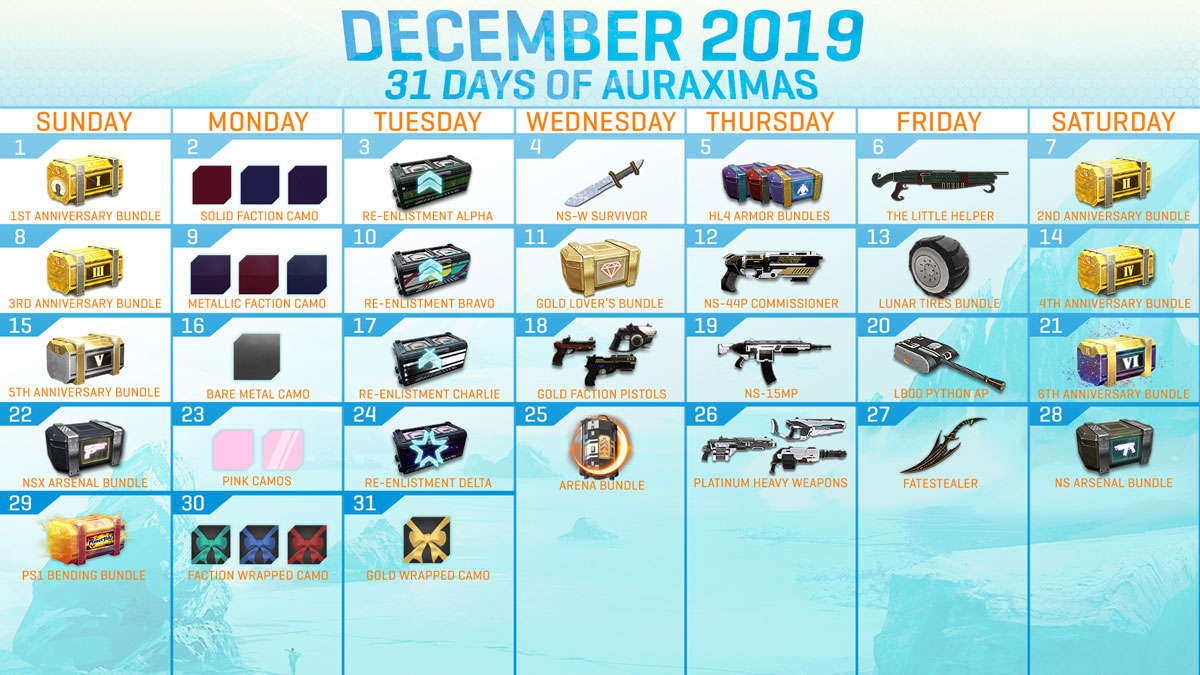 The holidays are fast approaching, so don't forget to finish your holiday shopping, soldiers! 31 days of special deals are on-going in the Depot through December 31, don't miss out on the perfect gift this Auraximas.

Have YOU been a good soldier this Auraximas? Head over to the official forums for full patch notes!

Previous
Black Friday Sale: 60% OFF all Cosmetics!
Next
Nanite Appreciation Week Sales are back through February 2!