Throughout the past year (let alone over the past nine,) there's been no shortage of ambitious projects. Exploring tournament-style competition, raising up a monumental new facility type, overhauling an entire faction, and revamping the new player experience... it's a lot for a single year, and we're not quite done. During the anniversary last year, there was a bullet on our slideshow that I was really looking forward to. It just said... "New continent". 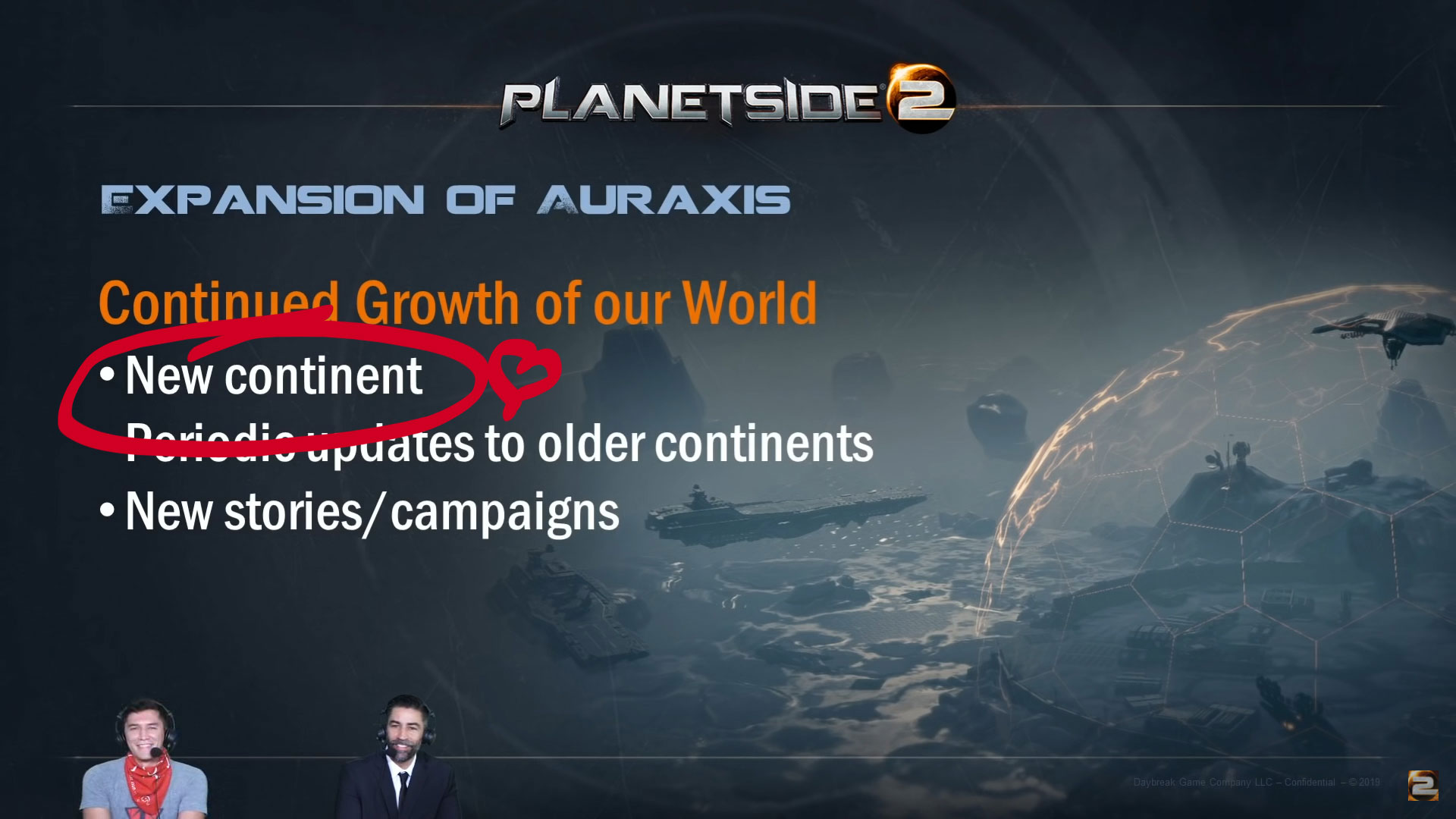 Featuring... Andy Sites' suit, Andy Suits, if you will.

If you search for "PlanetSide 2 Oshur" on your favorite internet browser, you might stumble across some content from the 2018 time period (with a team size of 6) where we were looking to introduce a new continent then, too. While it was certainly feasible, the game would have suffered elsewhere during the time it would take to develop, and the quality was unlikely to hit our standards. You can blame it on some unbridled optimism, and my excitement as a player for new places to wage war.

Creating a continent is a massive undertaking that shouldn't be understated, and with the constant pull of improving the game, meeting deadlines, and trying to ensure that our niche title has enough players to remain healthy and happy, there are valid reasons why PlanetSide 2 hasn't received a full-scale continent since Hossin's release in 2014.

Fast forward to 2021, our team is much larger with long-time industry veterans, and now a track record of making amazing things for PlanetSide 2 since Escalation's release in March of 2020. So we decided to give it another go. The building blocks are in place now: new players now have a better introduction to the game, we have Campaigns to tie the stories of the world to, we have Missions to provide guidance within the sandbox and direct players to interesting new experiences, populations are balanced and queue times are reduced at most hours thanks to NSO, and in general, many of the long-time bugs that existed for years have been squashed. It's a decent time and place to try something new, something that expands that constant four-ish continent loop we've been living in for the past seven years.

Through the hard work and dedication of the team here at Rogue Planet, we're pleased to announce (once again?) a new continent to explore... 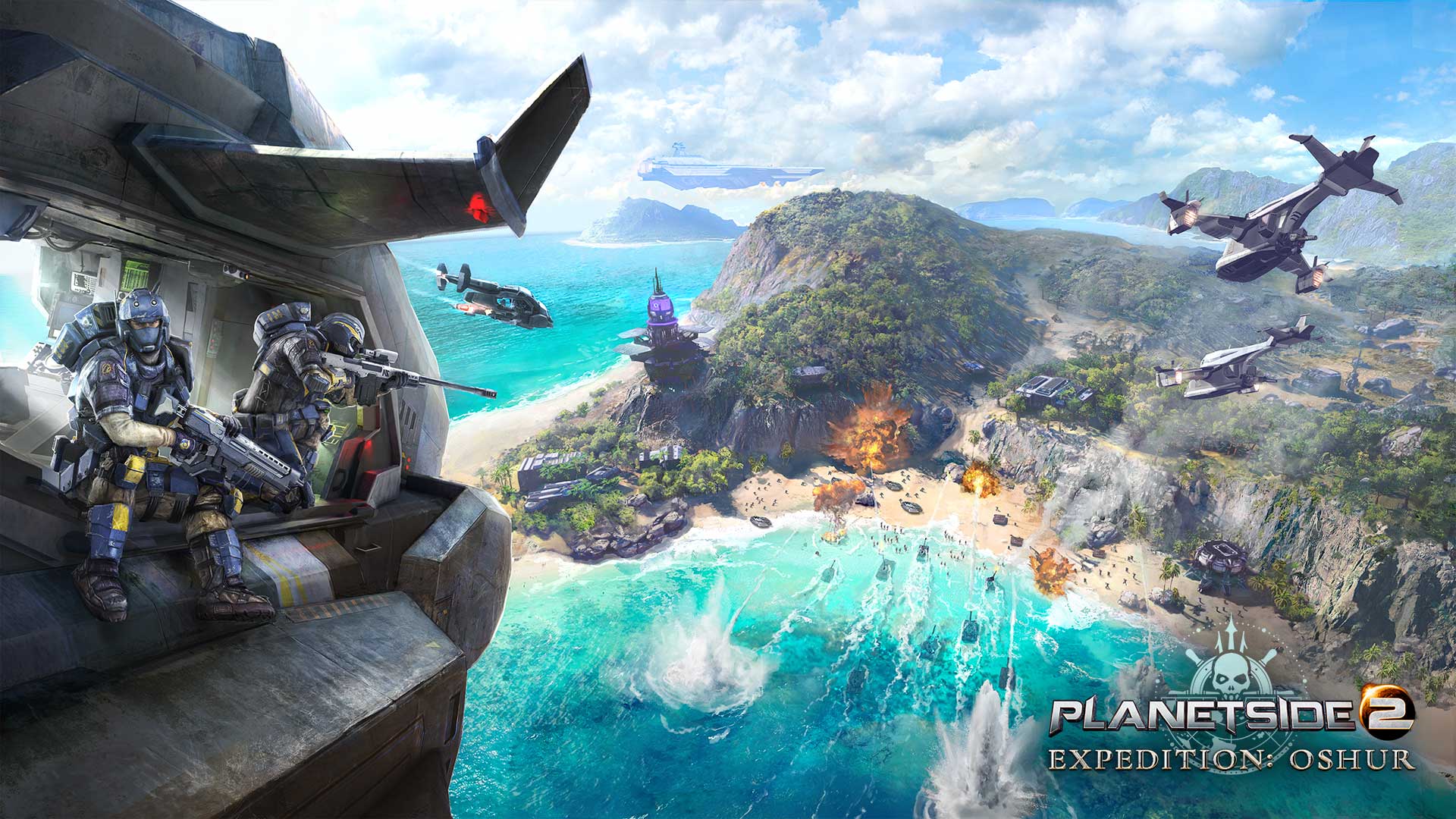 Once a tropical paradise brimming with research opportunities, the island populace was evacuated as the Auraxian War began. With tensions high and no access to rebirthing technology, the risk to stay was too great.

Many years later, and with events of the Shattered Warpgate only a recent memory, Nascent Expeditions takes on a contract funded largely by the Terran Republic to enable a return to the abandoned islands. However, they're not the only interested party. 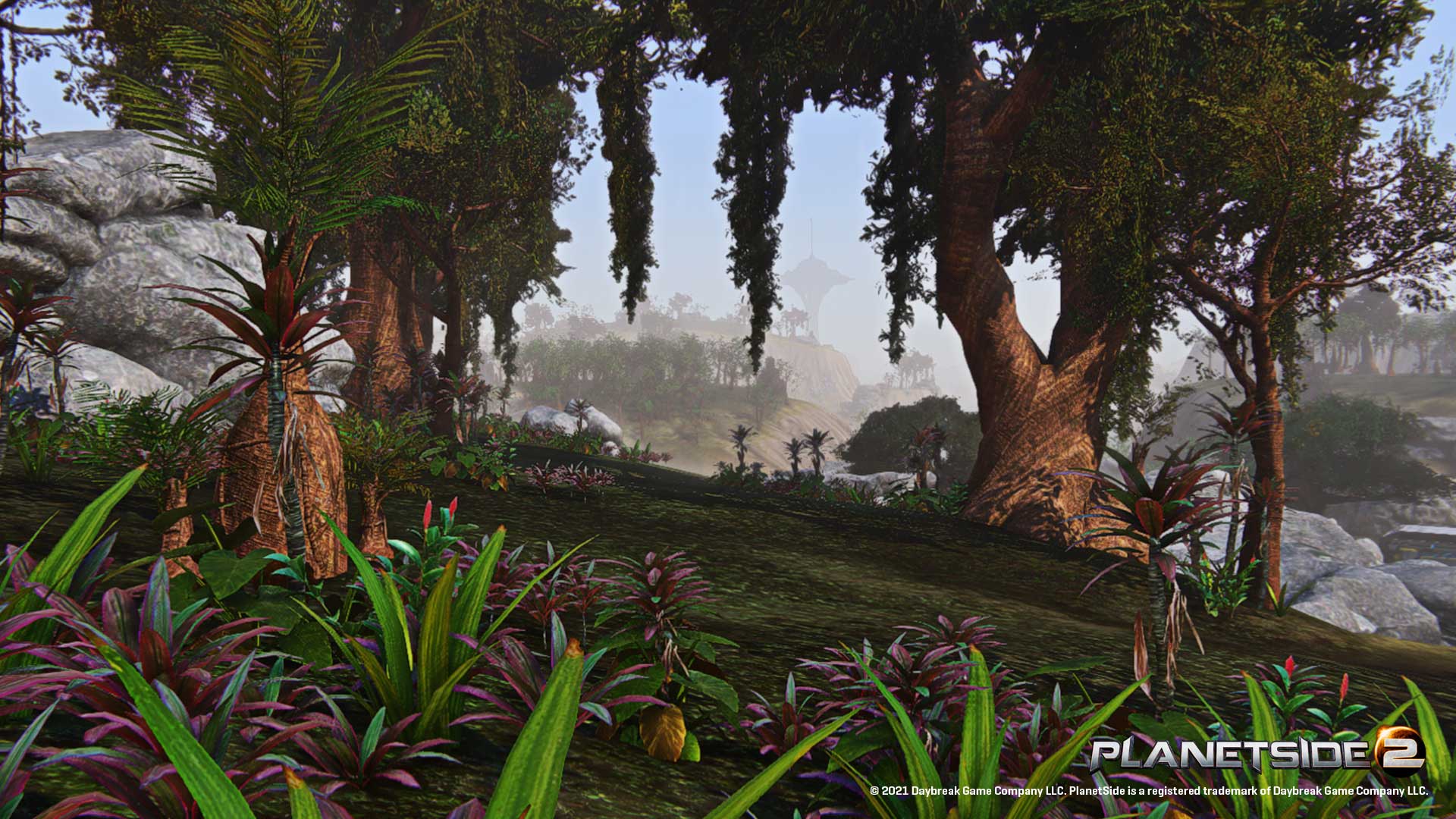 Gameplay on Oshur is a return to the game's roots, in some ways, with a heavily logistics-based experience. Construction, transportation, and strategy will be vital to maneuver this chain of islands.

Cortium veins will be found in abundance, making life a bit easier for our builders. The construction system itself will also be receiving a tune-up to address balance concerns, and revisit some outdated concepts. 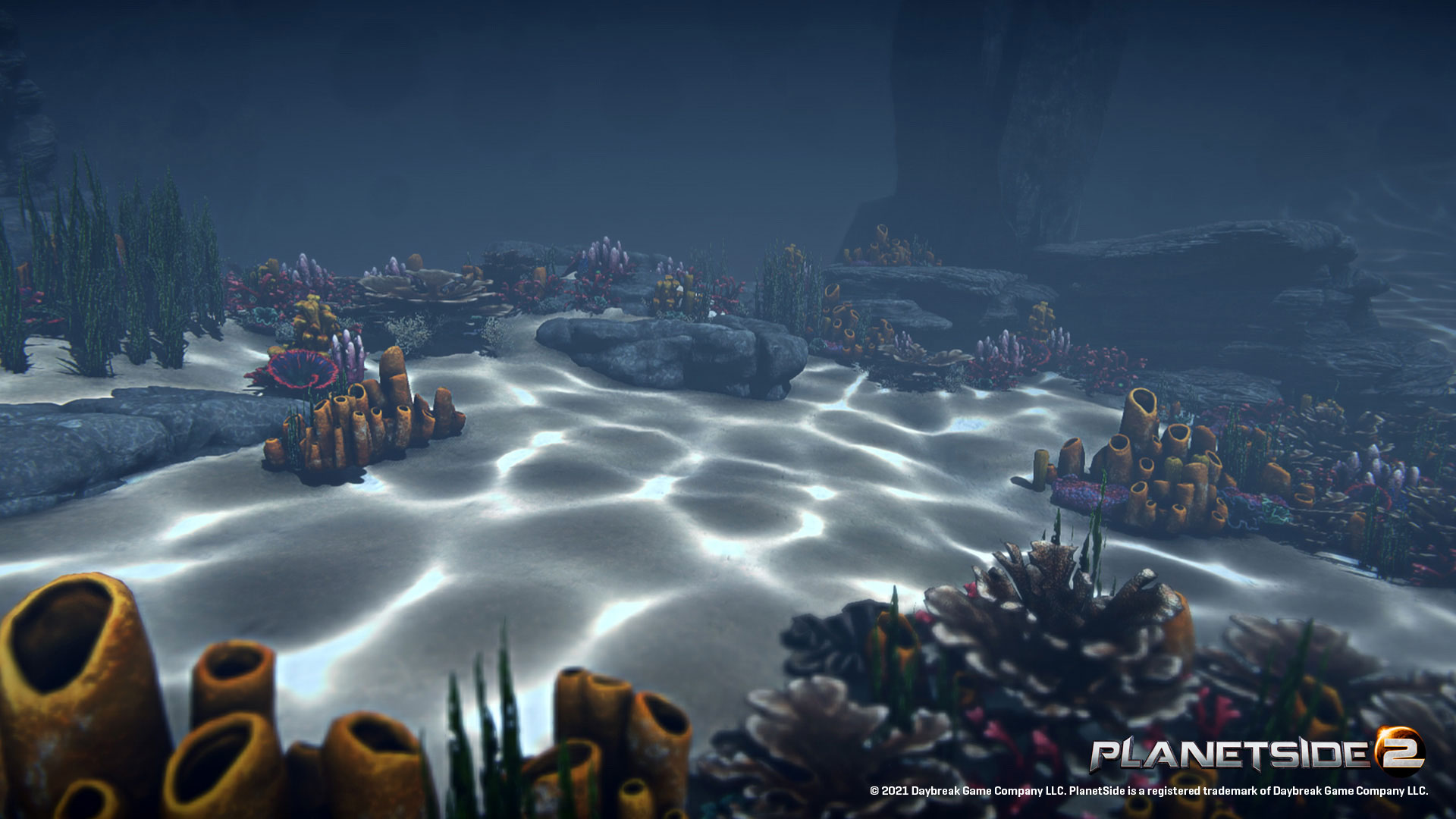 Ride the waves, or dive beneath them

Of course, islands wouldn't be nearly as fun with a simple kill-plane whenever you got your feet wet. So instead, we've developed a full-featured water system that allows every vehicle, infantry, and projectile to interact with water in new ways.

Wheeled vehicles putter along the surface, hover vehicles float above (ala PlanetSide 1,) treaded vehicles and infantry will prowl the oceanbed, and the most nimble air vehicles can maneuver beneath the waves like submarines.

Water is primarily a traversal mechanic, as most traditional weapons can't be fired under water. Your knives and new amphibious combat rifles will provide some limited combat capabilities beneath the waves, but plunge at your own peril.

We also made sure to keep performance in mind while designing a beautiful, immersive environment, complete with new audio and visuals for your travels above and below the waves.

I hope you're all as excited as I am for some pretty freaking sweet new mechanics, an entirely new continent to do battle on, and even some lore to dive into. Expanding the world of PlanetSide 2 is something that we've been inching toward over the past few years, and it's great to actually be able to realize that by the end of this year.

Thanks, everyone. Keep fighting the good fight.

We want to hear what you think! What is your favorite part of this update? Drop us a comment on our forums!