Last week we hosted the first two playtests of the new Oshur continent. Friday held just under 1,100 players (which is absolutely bonkers for the test server,) and Saturday's playtest ended up with just under 700. It was great to see how the continent functioned at different player counts, and we learned a lot in the process. There are more than a few takeaways from that last playtest, some of which I'd like to detail further below, as well as discuss how this weekend's playtests will go as we move into Test Build 02. 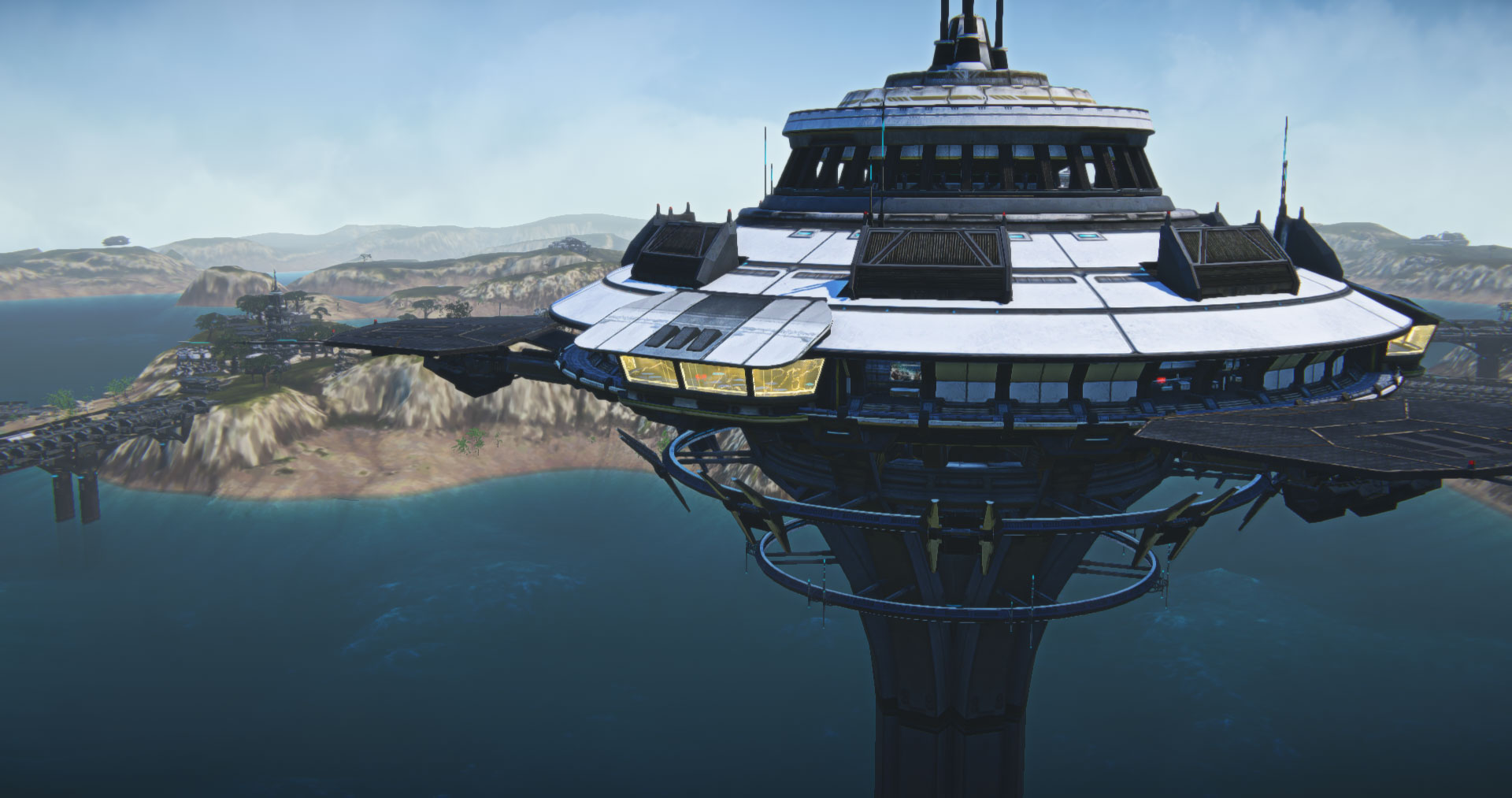 Banners will be delivered after Oshur goes Live, and will be granted to any account that logs on during the test period. Each test will last roughly an hour and a half after the listed start time.

So let's talk about some of the issues that popped up.

This is the big one. There's a bug that will, after a period of play, prevent you from hearing most audio until you restart your client. This happens on Live currently, but usually takes a while to kick in based on the types of battles you're involved in. On Oshur, however, this was happening very quickly. We don't feel like this is resolved yet, but we've made some changes that should help a bit, and are still in the process of collecting data.

One thing we'd like folks to try during the playtest... if you encounter the audio bug, lower the "Maximum Audio Channels" down to 64 in your Audio settings, then restart your client. Then let us know if you run into the problem again. We'll put some entries on the feedback form to see if it helped, and we'd appreciate if you try it. This isn't a real solution, but it will give us another datapoint to go off of.

We saw a lot of performance issues when a lot of the continent was in view, naturally this happens mainly when folks are up in the air. We've made optimizations to some of the props on the map (we had even small rocks rendering out to 2000 meters, for example,) that should improve this experience. The degree of which remains to be seen though, so please show up to the tests so we can give it a proper look!

When it comes to water, we noticed a number of vehicles be stuck firing ghost projectiles or lose control of your vehicle while entering the water. Some of these issues have been resolved, but we'll need to take a look under live-fire circumstances. Air vehicles will still have issues with water in the upcoming playtest, and some of the debugging that was done after the last playtest has helped unblock our path for getting these vehicles finished.

Broken Lattice and Out of Bounds

One of the main gameplay issues on Oshur was simply that a handful of the bases weren't fully implemented, or were uncapturable. The entire lattice should now be able to be maneuvered, and the Trident Relays (the tall, spire-like bases,) have been added to the mix as well. The open expanse of water exterior to the ring of islands should no longer be considered an out of bounds area.

The above recaps a lot (if not all) of the issues and feedback that came up during our last playtest, so let's move on to what work has been completed over the past week-ish.

The three spires located in open water are now available for combat. Before the war, the Trident Relay served as a transportation hub that was used for travel both throughout the continent, as well as from continent to continent by way of High-Altitude Rapid Transport (or HART) shuttles. Because of that, the design is far less military than much of the facilities you see on previous continents. On Oshur, Trident Relays are 3-point capture bases that can only realistically be assaulted by air. This destination serves as a major strategic focal point, allowing for cutoffs deep into enemy territory if the price is paid to capture one. Defenders have a spawn location located central to the facility, and traversal times are weighted toward the attacker's side to help balance out the homefield advantage. 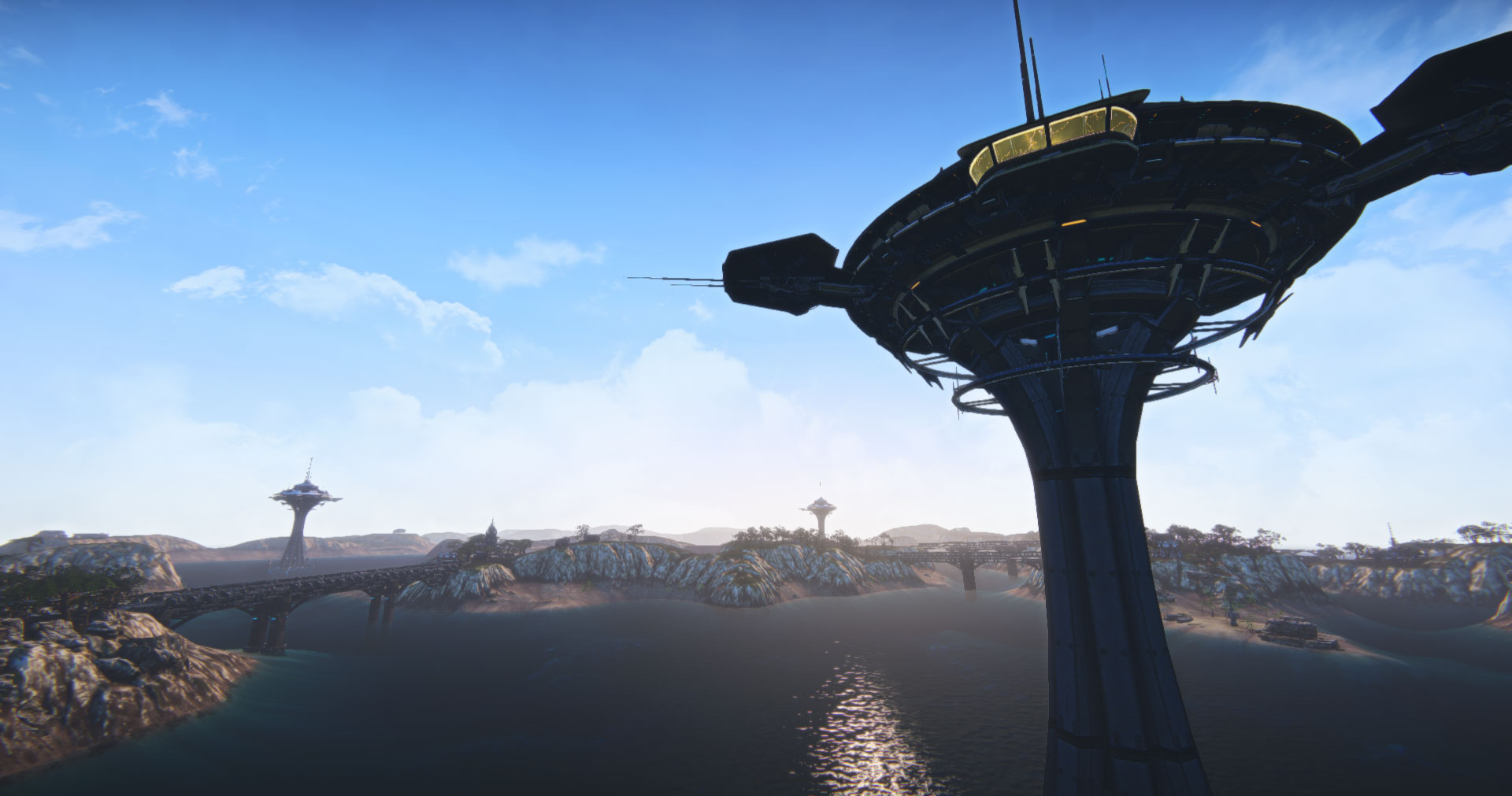 All relevant bases should now have Sunderer No-Deploy Zones at the proper locations, and many of the bases have been fitted with Sunderer Garage Shields controlled by a terminal. Hacking the terminal will switch the shield over to your faction's, allowing vehicles to pass through. Infantry can pass through at any time, however. Adding more secure spawn locations is something we've been wanting to do for a long time, so getting this done on such a combined arms-focused continent should be a great test case for revisiting earlier maps. 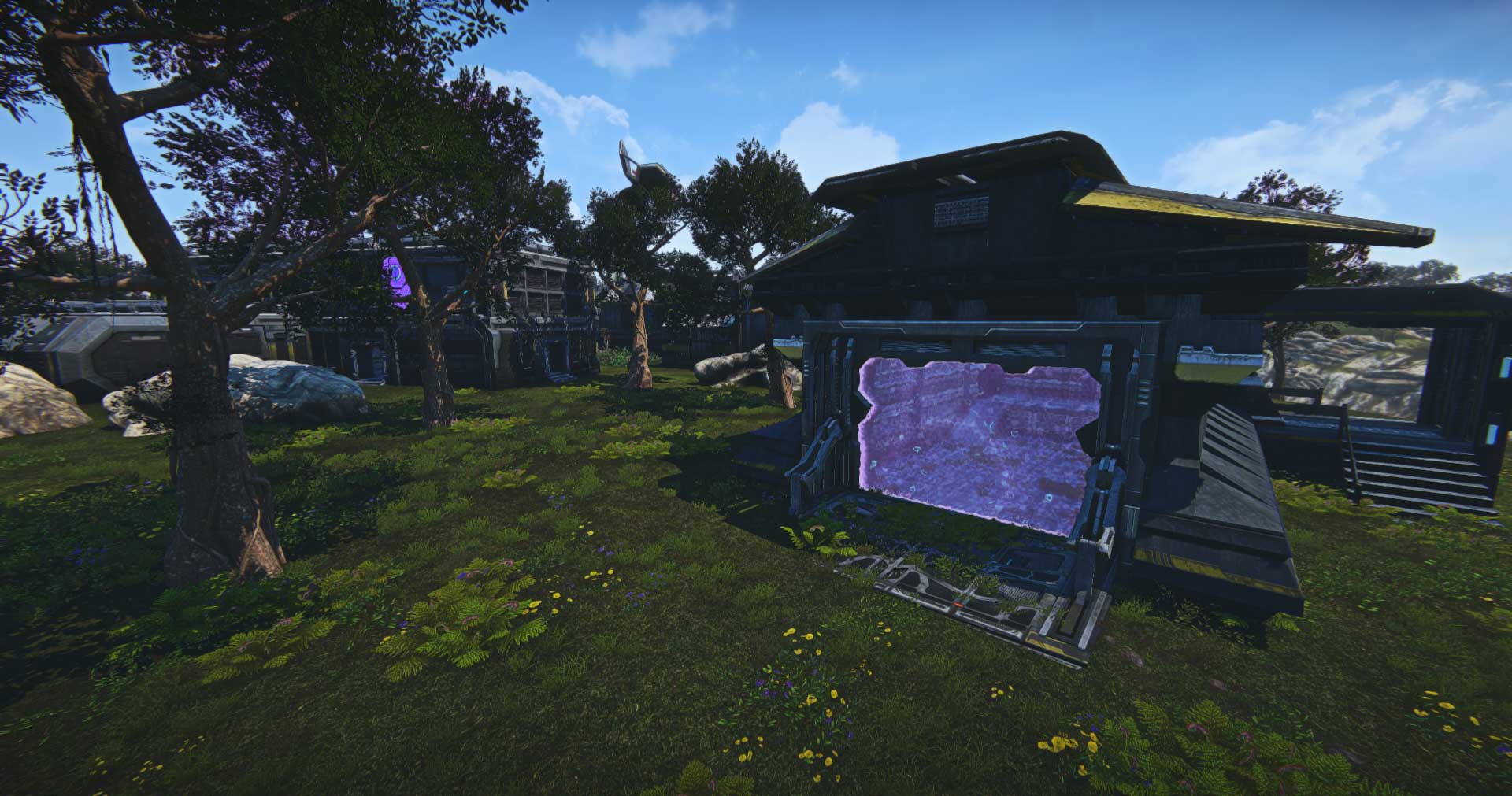 The community has offered a bunch of useful, directed feedback on base design as it relates to Oshur. Some of the bases have seen adjustment, though there are still plenty we'd like to look at in the future. Post-launch, we'd also like to replace more of the open-field capture points with designer-driven bases. 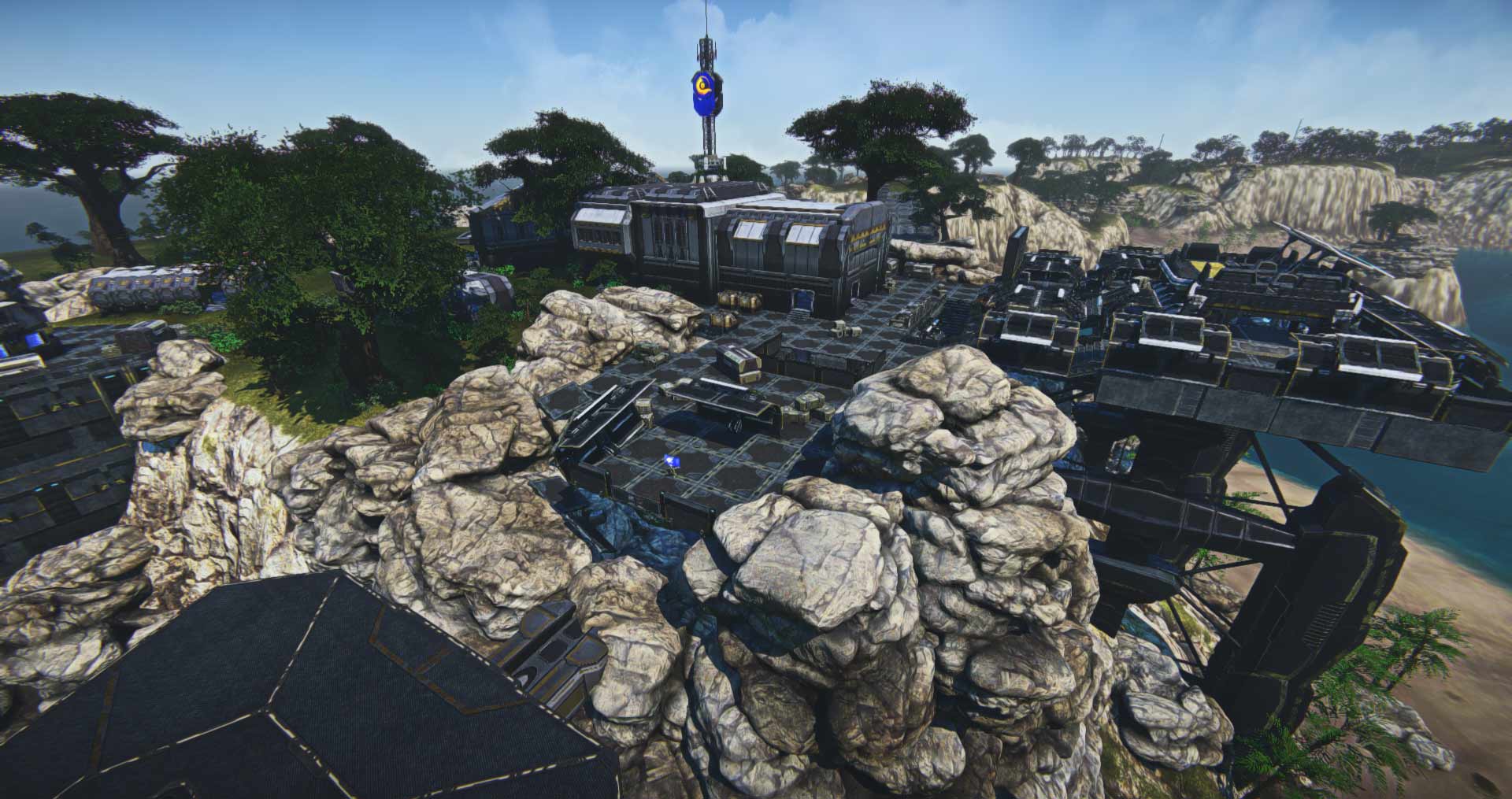 We've enabled Chapter 02 for testing this weekend. I won't spoil much here, but you'll be able to dip your toes into a bit of what was going on prior to (or maybe after?) Oshur was eventually evacuated. The playtests this weekend won't focus on running through the campaign in particular, but the second chapter will be unlocked without needing to run through the first one, and you can take it at your own pace. 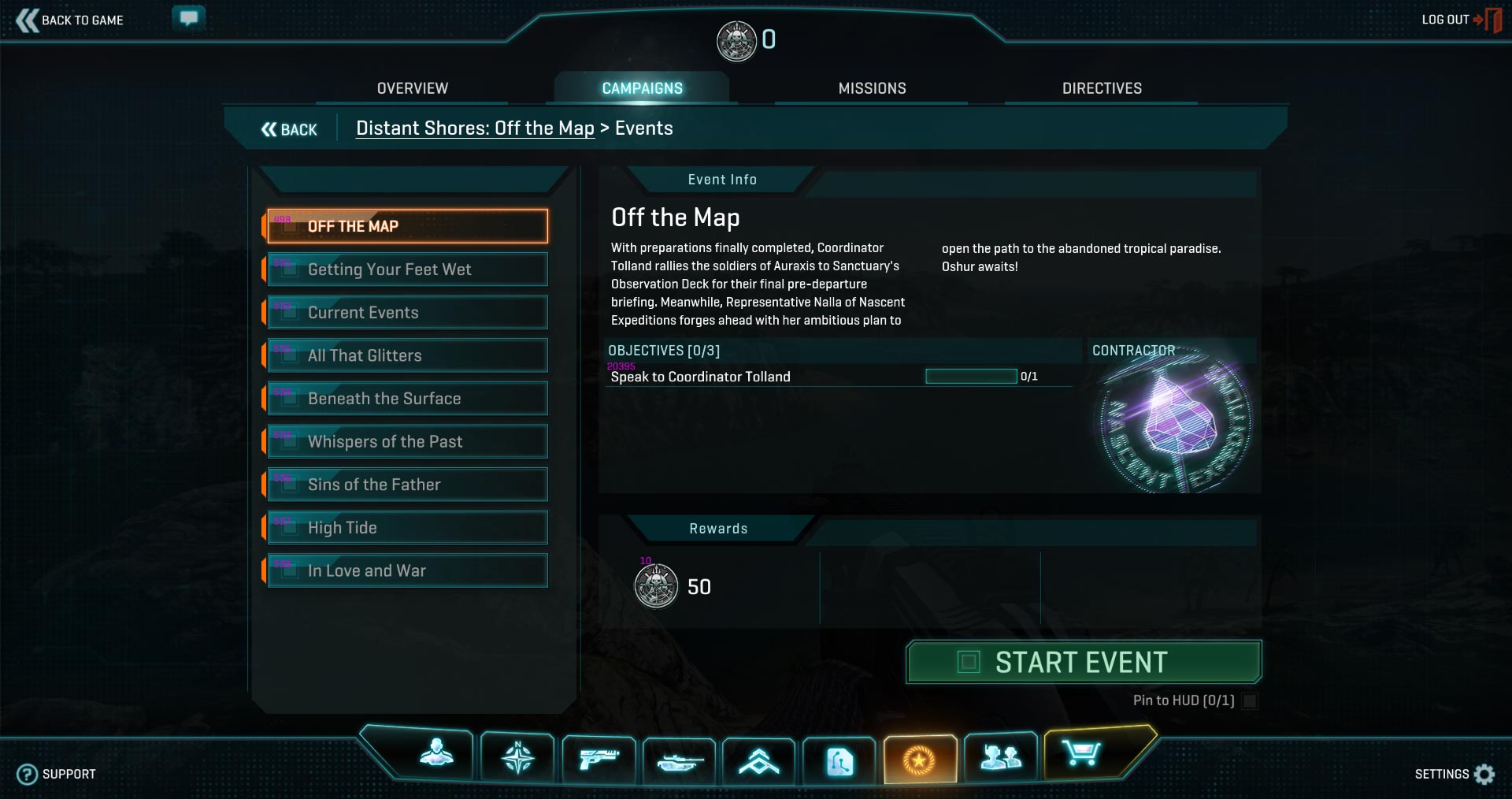 Thank you all for participating in these tests. Oshur has a lot of moving pieces, and testing at scale is incredibly important to ensuring this update goes Live in the best shape it can. There's plenty more work still yet to be done, but based on all the feedback so far, it's incredibly heartening to see how excited and positive folks are for the release. A new place to explore, fight, and conquer... See you all this weekend.

Download the Test Server client from this thread after reading the Test Server Policies: https://forums.daybreakgames.com/ps2/index.php?threads/read-first-test-server-policies-download-link.114038/