All PC servers will come down for the following changes on Wednesday, May 18, at 6:00am PT (3:00pm CEST). Downtime for this update is expected to last up to 4 hours as we conduct additional backend maintenance.
--

On May 20, 2003, the original PlanetSide was released. With the Legacy update, we celebrate 19 years of the PlanetSide franchise, and the battle on Auraxis. 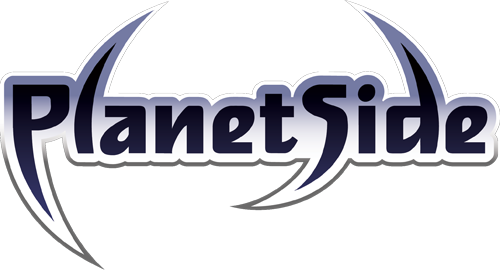 From May 18 - May 26, ALL PLAYERS will receive DOUBLE EXPERIENCE.

DOUBLE EXPERIENCE for MEMBERS will continue as normal from May 27 - May 29.

Redeem the code LEGACY2022 when this update goes Live to receive the NS-11C and the NS Harrower, a reliable pairing for soldiers young and old.

Limited Time, in the Depot

Throughout May, you can visit the Depot for classic weapons and armor, solid faction camos, limited-time bundles, and special edition weapons.

New to the Arsenal

New Anti-Materiel Rifles are now available for each faction. With long-range optics and damage models befitting longer-range engagements, these rifles add a deadly new angle to your Engineer's toolkit.

DAGR-81 (Terran Republic) - An infantryman's answer to long-range vehicle opposition, with a quick rechamber and large magazine for sustained fire.

Dev Note: With the increased power provided by the last major update, this weapon's ADS mobility is higher than it needed to be. The Black Market Shortbow has kept this trait, however. The CoF value adjustments are mainly an error correction between the two firing states.

The Main Nav Menu has received many updates based on player feedback.

We've moved the Settings, Support, and Codex buttons out of the dropdown menu and into the lower-right hand corner; currencies are now readily visible in the upper-right area without a dropdown; and the logout button now prompts you to either return to the character select screen, or exit the game entirely. Many reported bugs have been resolved and refinements have been made as well.

Additionally, you can now bind a hotkey that will bring up the Settings menu. 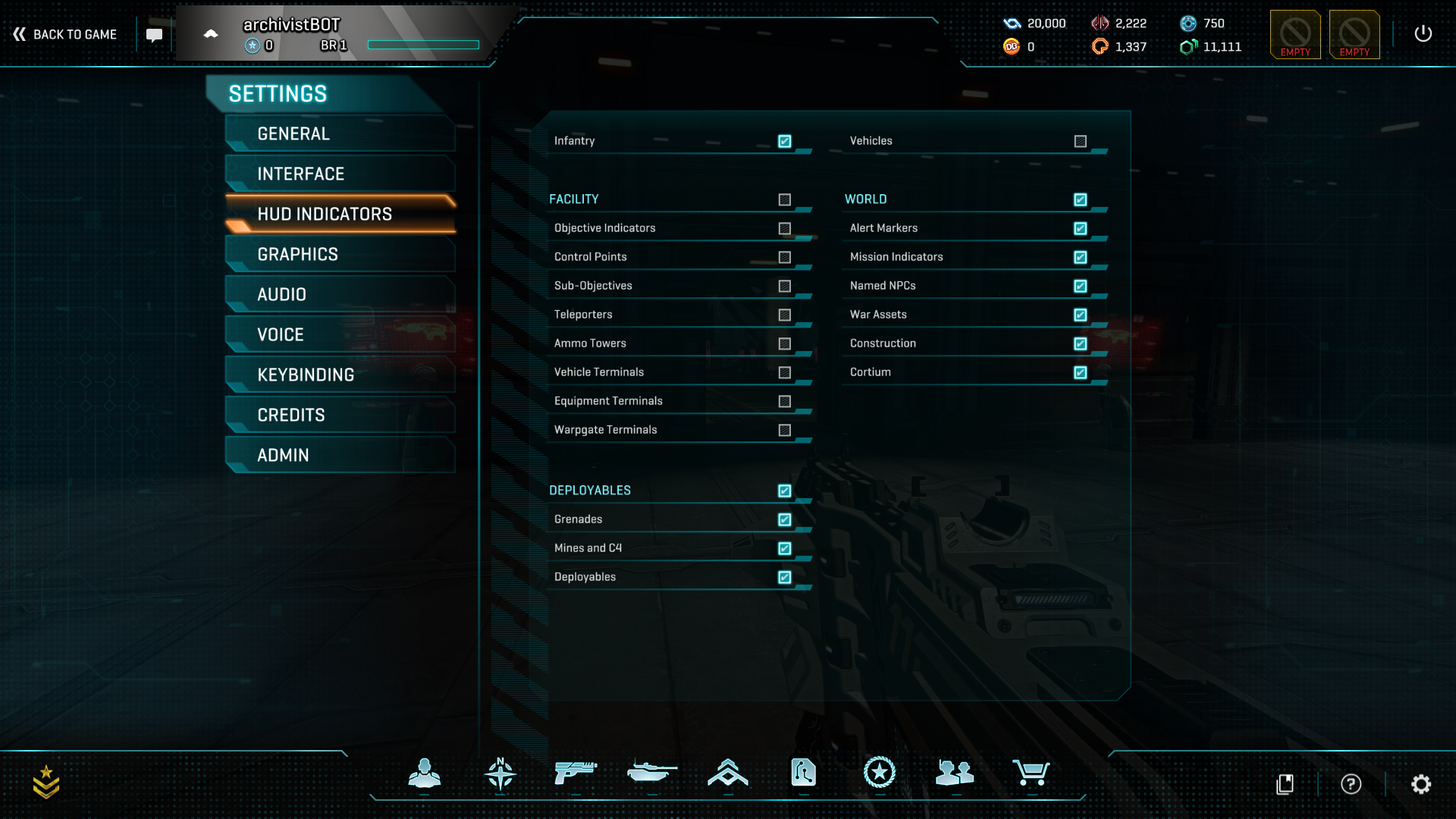 As shown in the screenshot above, we've added the option to turn off many of the HUD indicators in the game, and can be seen through its own pane in the Settings menu.

We're currently exploring options for differentiating some of the categories into friend/foe, but until then, many of the game's HUD indicators can be disabled to tailor the amount of on-screen clutter.

When we first launched Oshur, we reverted to some legacy spawn rules with a little less restriction than they had. The intention there was to reduce performance overhead, while encouraging more logistical gameplay. With our investigation of the server performance issues ongoing, we'd like to revert back to the legacy ruleset, but with major reductions in the restrictions so that we don't end up in the situation we had with Oshur.

The outcome of these changes is that all of the valid hardspawns on the map will pop at the same time, instead of bringing them online based on the ideal combat zones we'd like to send you to. Vehicle spawn points will activate slightly faster. Ideally this would provide some information for us, and a more performant server for all of you while we continue our investigation.