Build Your Way To Victory! 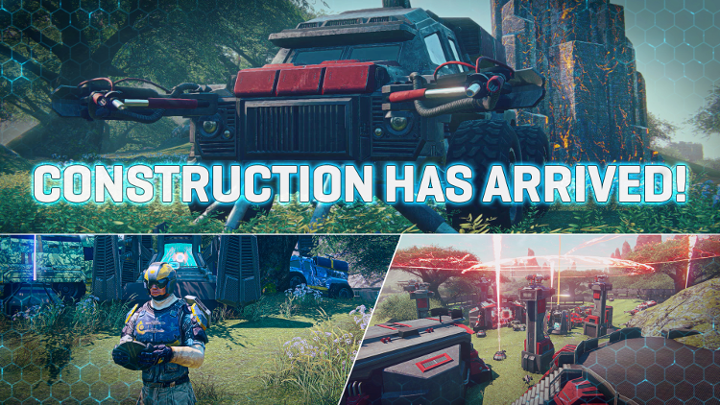 The battlefields of Auraxis are changing!

Cortium, a powerful new mineral, has recently been unearthed. This limited resource allows for the near-instantaneous deployment of player-built fortifications. The discovery of Cortium has prompted the deployment of Advanced Nanite Transports (ANTs), which harvest the mineral and convert it into material that can be used in the field.

A new “weapon” has also arrived on the battlefield thanks to the rise of Cortium. Hardline Interference Volume Emitters (HIVEs) generate Victory Points over time, as long as they are fueled by nearby Cortium silos and have an active power core within. Destroying an enemy HIVE will not only halt their ability to generate Victory Points, but also steal the power core within, allowing you to activate more HIVEs for your faction.

Along with HIVEs, there are a variety of new player-made structures that Cortium has enabled you to build. From turrets to bunkers to sunderer garages, these structures can be used to defend your territory or establish a forward operating base – forever changing the landscape of open field fights.

Want more intel on the powerful new construction system for PC? You can read all the details here.

Step to it soldier – get in game and start turning the tides of war!