Hey there, folks. We've got a boatload of content releasing this summer, and we'd like to share some of what you'll see in our newest update: Surf and Storm.

All Aboard the Corsair

The flagship of our Surf and Storm update starts with the Corsair assault craft, the first proper naval vessel added to PlanetSide 2.

This squad-spawnable patrol boat is the faster, sleeker, waterborne counterpart to the Sunderer, with a heavy focus on the necessary logistics to move players around Oshur's island chain quickly. 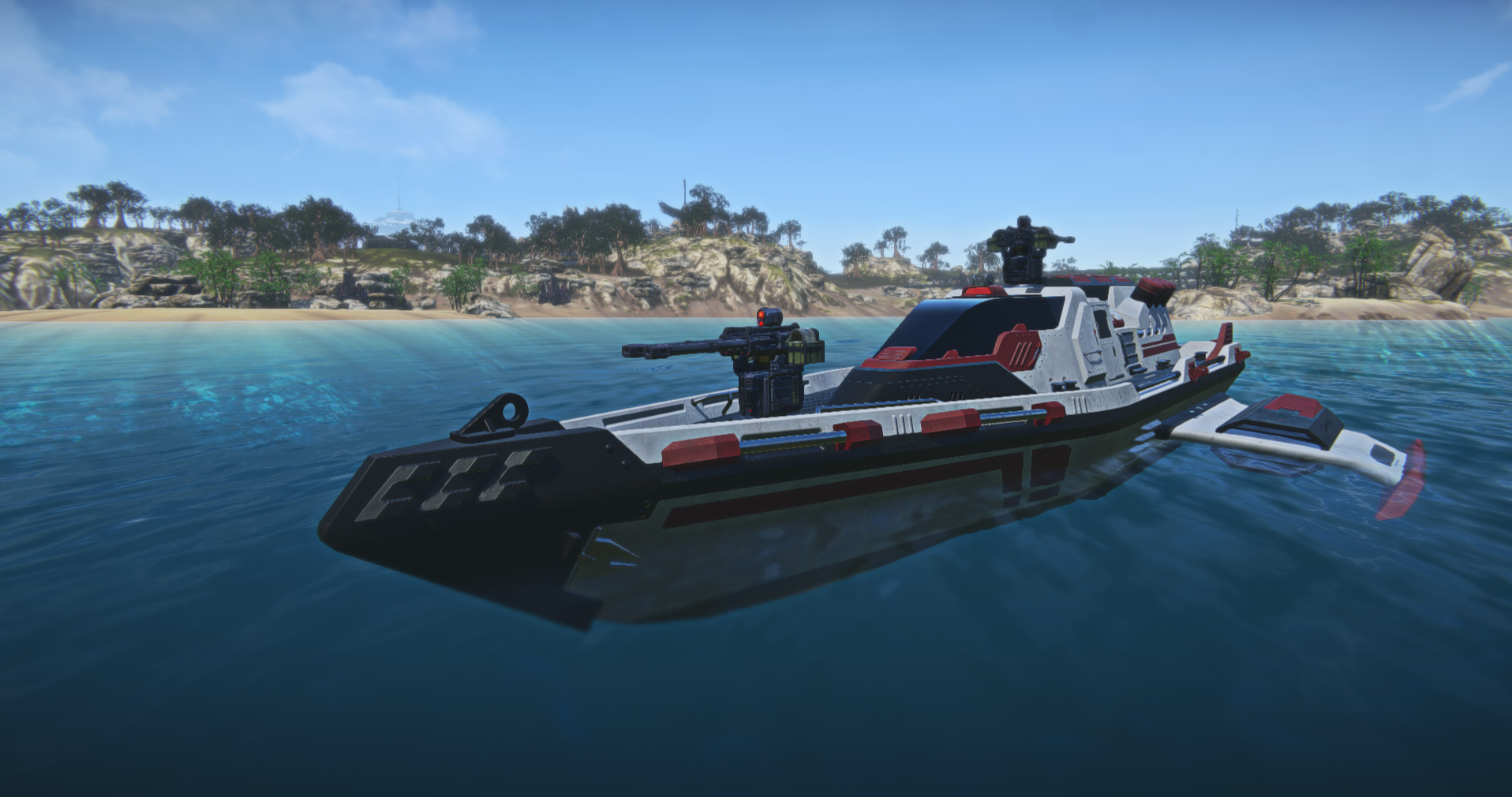 A seasoned navigator can cruise around with two gunners, and up to 5 additional passengers.

Weapons on the Corsair are similar to other Nanite Systems common-pool vehicles, and includes the M20 Basilisk, M60 Bulldog, and Dingo ML-6, and Empire-Specific Basilisk alternatives, to start.

That said, passengers aren't just there to ferry back and forth – Each of the five passenger seats has access to the all-new Catapult System, which allows passengers to launch themselves like a cannonball in the direction of their choosing. With a little aim (and a built-in safe landing feature,) you'll be able to land right where the action is taking place, ready to do some damage.

Development Insight: Instead of using an amphibious or hovercraft design, we've developed the Corsair to work exclusively as a water-bound vessel for a few reasons. The first is that we've never had a naval vehicle in the game, and branching into this subset of warfare has a unique appeal to certain players -- similar to how air, armor, and construction all have their own very distinct followings. The second is that we have a goal of building on our engine and technology with each update, and wanting to improve our water tech was good impetus to create this unique vehicle. Third is that the catapult system was a feature meant to allow for more freedom of movement on Oshur, and if we were to attach it to a vehicle that could free-roam other continents, it could easily break many of the bases in the game. Water is limited, and placed with intent, so it's a useful design constraint that allows us to determine how much influence we want this feature to have over a map. 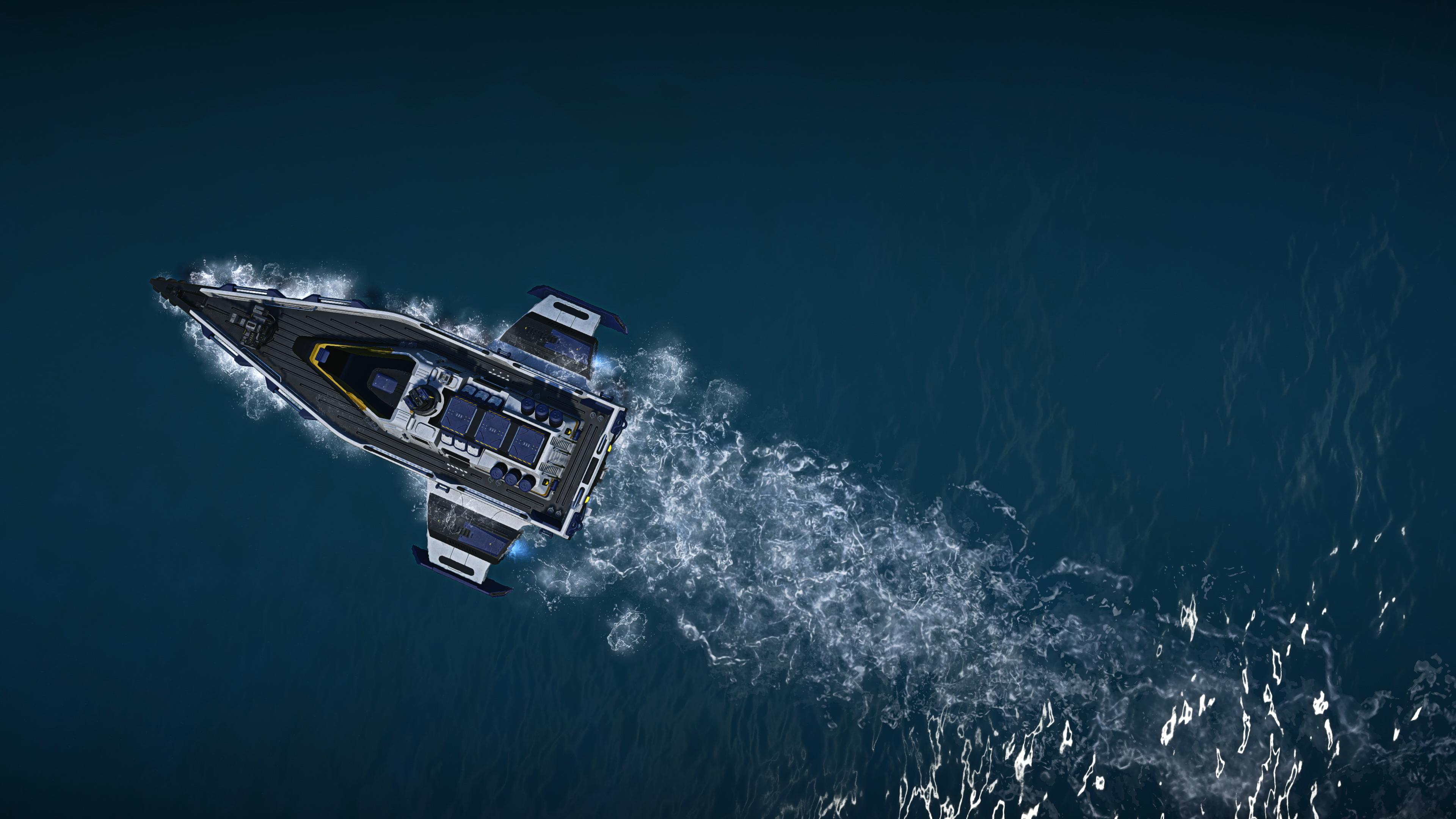 Whether it's the ability to play cat and mouse with lock-on missiles, drive safely off of a cliff or bridge to escape your pursuers, or as a flanking route for some of the more congested areas in the map, it's clear that water has added some novelty to Oshur's gameplay for many players. However, aside from a fleeting dip beyond the shoreline, there's very little reason to immerse yourself in that environment.

With the Surf and Storm, we'll be giving you more reasons to fight beneath the waves.

Players will now be able to fight over underwater objectives, and can now make use of many infantry weapons underwater. The majority of these underwater playspaces will center around "Seaposts," which have been revisited and increased in number throughout the map. Each seapost now has a spawn room and a smaller footprint overall – you can pull the Corsair and other amphibious vehicles from the attached seadock, as well as air vehicles as usual. These new bases give you a staging ground to launch assaults on other bases, and adds some much-needed flexibility to Oshur's lattice network. 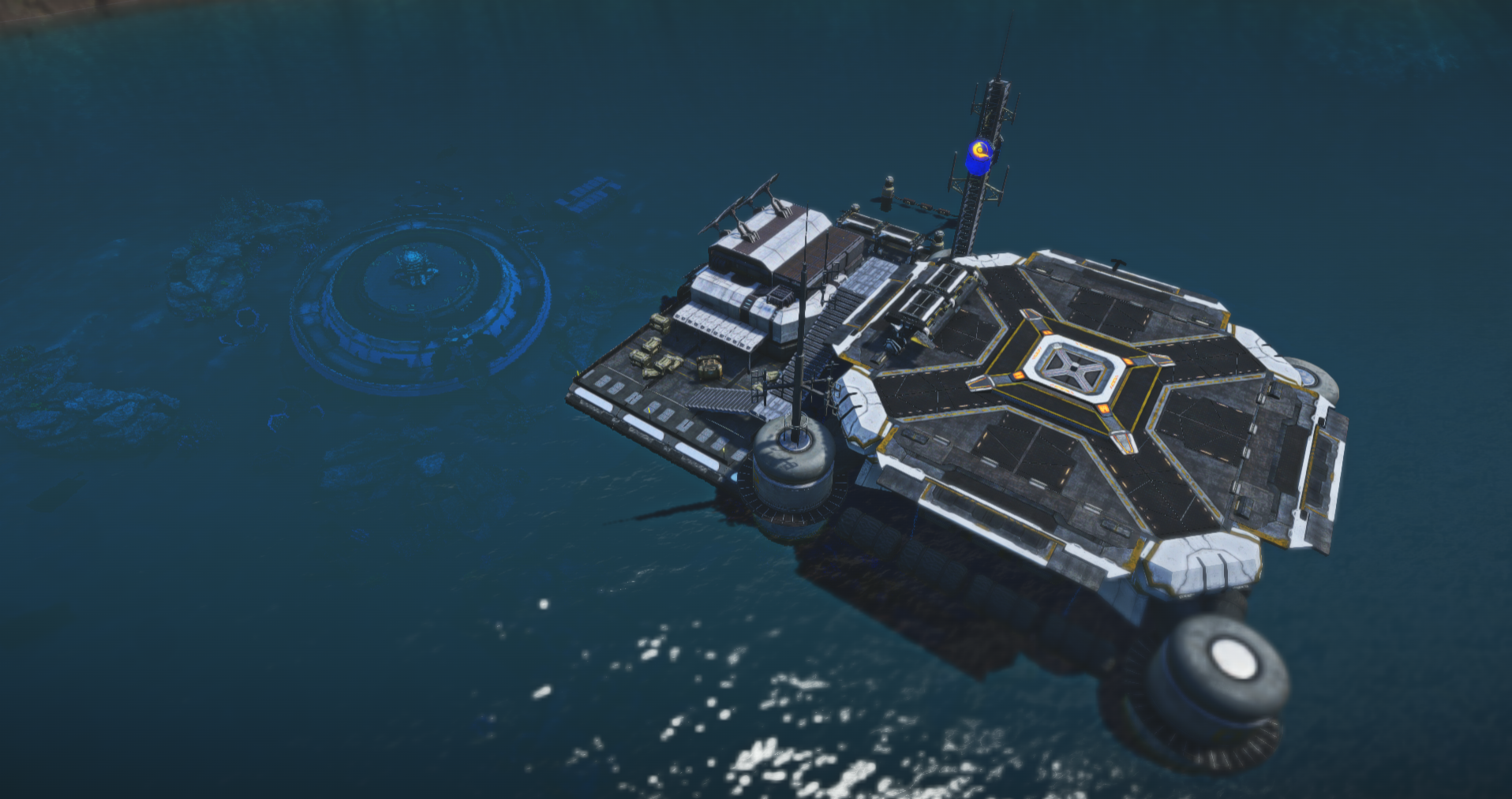 The function of seaposts, from a lore perspective, is that they've been placed over areas of interest on Oshur, be it coral reefs, wreckages, caves, or research outposts. Each of the underwater areas they're monitoring now has a single control point, with enough cover to encourage legitimate battles around these areas. 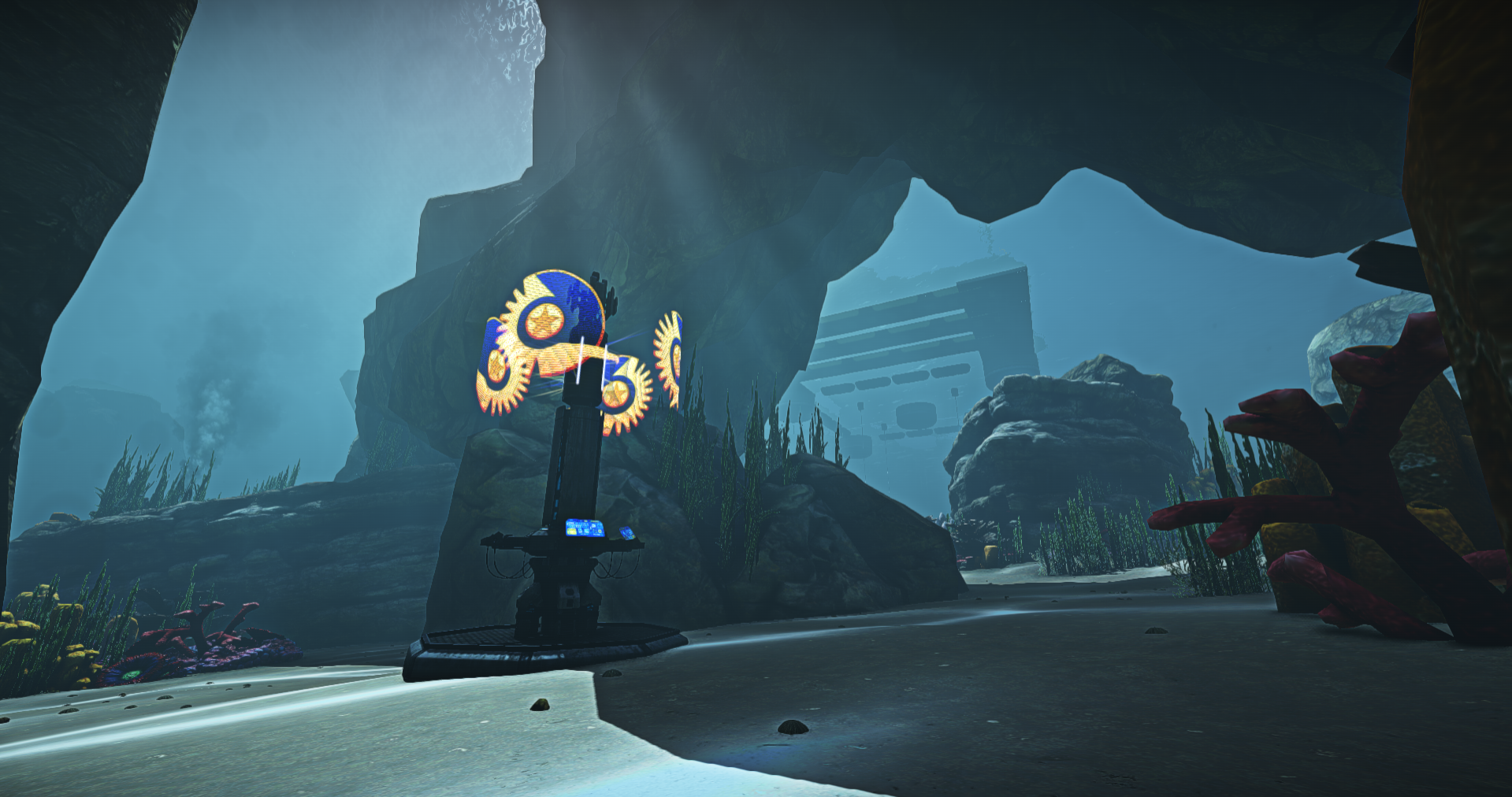 Development Insight: For the initial pass on underwater weapons, we've enabled most non-vehicle weapons that deal small arms (resist type 2) damage to fire underwater. Mines, C4, and a handful of other deployables are available, as well as medical applicators, ammo packages, and recon devices. MAX suits can also fire underwater with their anti-infantry weapons, though repair tools cannot be used underwater.

Between these limitations, underwater combat spaces become a mostly infantry-centric combat space where angle of attack, self-sustain, and maneuverability have the most impact in the moment to moment, instead of who has the bigger gun or force multiplier.

With the update, we'll also be introducing a hand-held underwater mobility device that is equipped in the tactical slot, and is available for certification points (the first time we've done this.) This device helps allay some concerns over the slower paced movement in underwater environments, provides more angle of attack options, and will help you get back to that vehicle you accidentally ejected from on the water's surface.

The next season(s) of Outfit Wars are finally upon us, with a new 1v1 format!

For those who missed the chaos last year, Outfit Wars is a tournament-style event where Outfits enter an arena to fight their way up the leaderboards. The winners for the season unlock some bragging rights, cosmetics, and a special statue on display in Sanctuary.

In addition to fighting your cross-faction counterparts, you'll now be able to fight Outfits from your own faction for the first time! Unlike previous events, the Nanite Systems Operatives faction will finally be able to throw their mechanical hat into the ring as well.

The official start date of the next Outfit Wars is still to be announced, but we'll share more information as we get closer to the release of Surf and Storm. 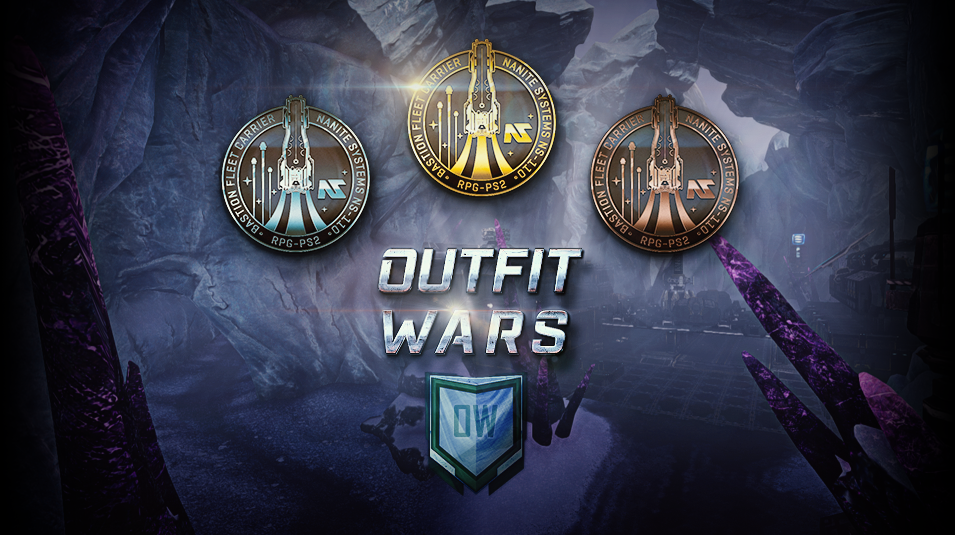 The return of Outfit Wars will take place on the frigid battle island of Nexus, a 9-base map that will accommodate one platoon of players from each participating team. Jagged cliffs, frigid forests, and glacial canyons await participants.

This year's format will take place as a head to head battle for territory control, where the first faction to Warpgate the other, or the faction with the most points at match-end, will claim victory. 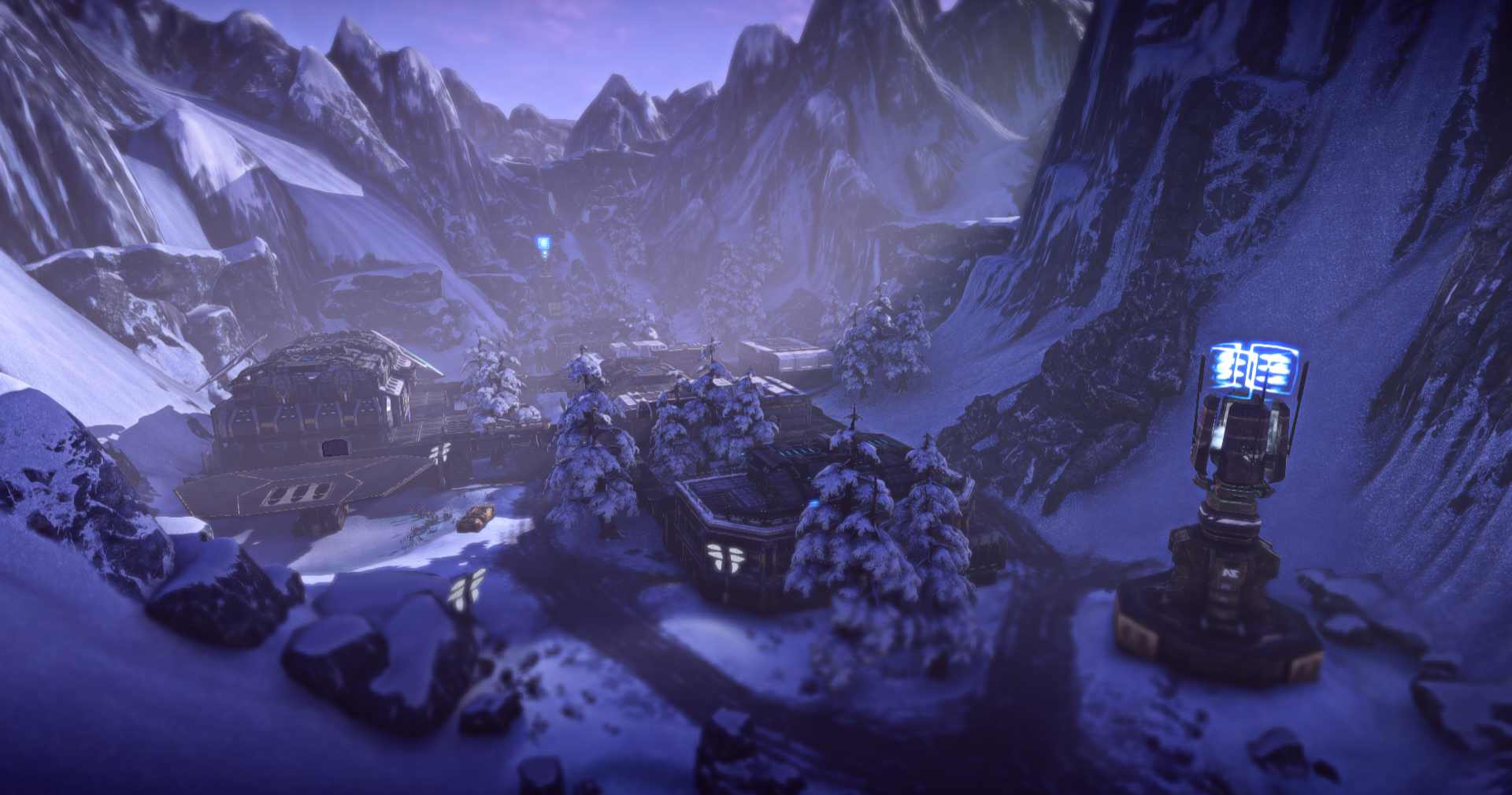 We've been able to hit all of our goals so far for this year's roadmap, and we're being especially careful not to cause any cascading issues that would prevent us from hitting end-of-year objectives. That said, the first feature that might end up landing later could be the squad changes we've outlined, and how early Surf and Storm hits will also be dependent on how well the public testing goes.

Speaking of which, late this Friday we plan to release the Corsair, underwater combat, and Oshur changes to the Public Test Server in a work-in-progress state. We'll then be running two playtests this weekend, one Saturday the 25th at 4pm PT, and another on Sunday the 26th at 11am PT. We'll reiterate this information when we're a bit closer, and look forward to having you all test out the new content.

I hope everyone is excited for what's hitting with this summer's update(s) and I look forward to seeing you all there for testing.