Today, Associate Game Designer Adam Clegg shares with us his insight into the games industry and what it’s like to work on the world of Auraxis. 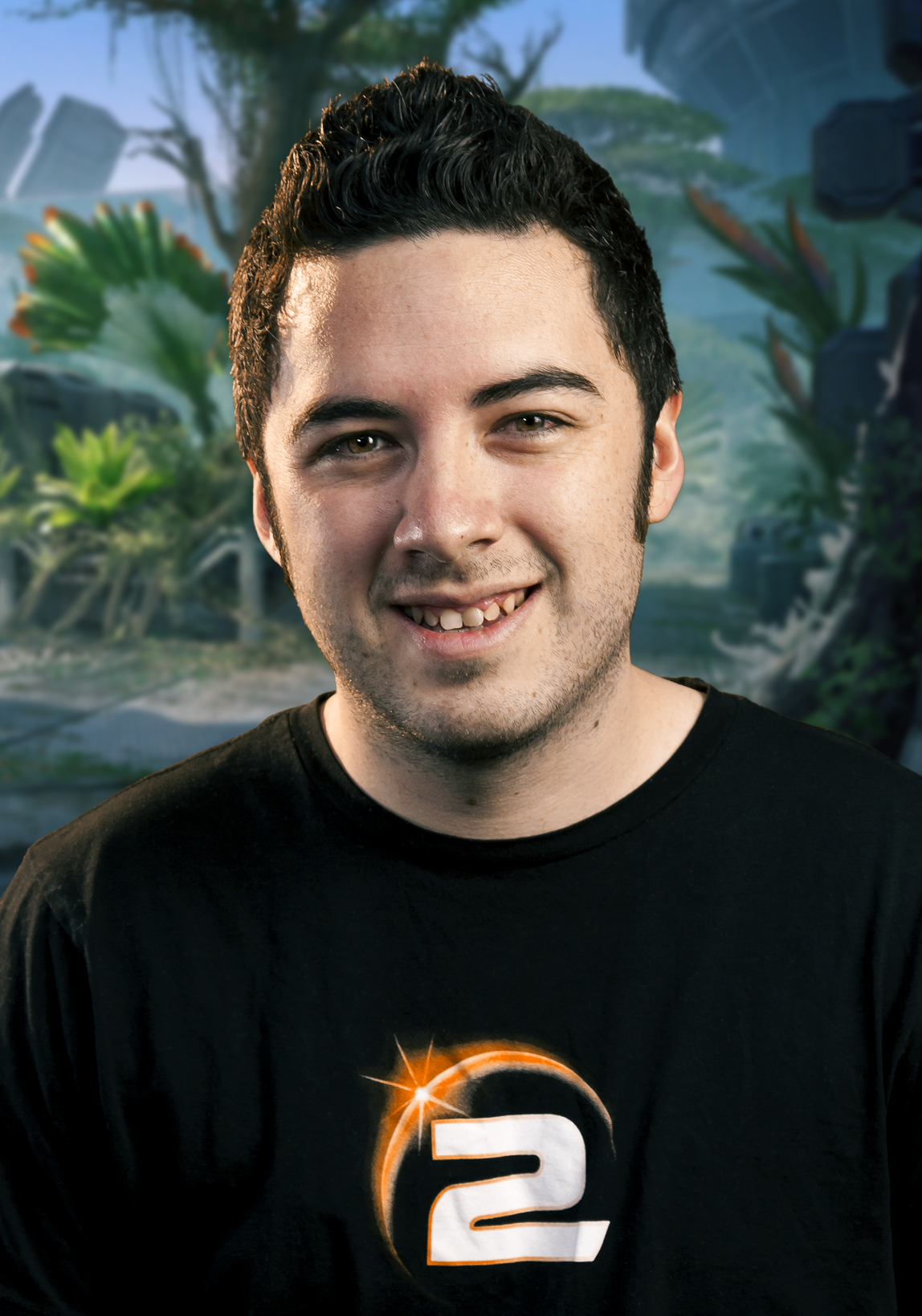 1) What is your name and title, and what is your role on the PlanetSide 2 team?

My name is Adam Clegg and I am an Associate Game Designer specifically involved with level design for PlanetSide 2.

I was working valet at the RIO Hotel and Casino in Las Vegas and it was a great gig until I realized that it definitely wasn’t what I wanted to do my whole life. I always wanted to get into the video game industry but it seemed like a pipe dream. When I was younger I was convinced that you had to speak Japanese and move to Japan to find work. Due to a family emergency I had to move to San Diego and was jobless. I sat in my dad’s apartment and thought really hard about my life and what I wanted to do. I came to the conclusion that no matter how hard or crazy it might be I HAVE to get into the games industry. I knew that a good way to get in was to become a Game Tester, so naturally I hit Craigslist and found an open position in SOE for a GM (In-game customer service). It wasn’t the exact position I was seeking but I called anyway. I had to try and I’m glad I did because the temp agency had me come down and fill out paperwork for QA (Quality Assurance). I waited 2 very long weeks and got the call asking if I’d like to help SOE test the newly launched Vanguard: Saga of Heroes. I said yes and the rest is history.

As a QA Tester I’ve worked on almost every SOE game. When you are in QA, what game you work on depends on what needs to be tested. QA Testers are always testing an upcoming launch, game update, or downloadable content. For example, when EverQuest goes into testing for a new expansion, most everyone in QA is focused on testing EQ. It’s is a great way to get exposure on a variety of different games. I was a QA lead for Kung Fu Hustle, Vanguard and even the original PlanetSide. As a Designer I’ve worked on Free Realms and PlanetSide 2.

4) What is the hardest part about game design?

Adaptation. This is the type of job where you learn something new every day. You are constantly learning, modifying, and shifting your skills and you MUST be able to adapt or you will get left behind. The game industry is an ever changing entity, and you not only have to grow your design skills, but also grow as a person. A recent example was when PlanetSide 2 started. I was working as a systems designer and it’s a much more logical, number crunching way of thinking. I was then moved to level design and it’s a much more creative, visual way of thinking. I had no choice but to learn and adapt very quickly.

5) What are some PS2 fundamentals? How can one step up their strategy from the start?

Teamwork and patience. Don’t go all Leroy Jenkins into the battlefield; you’ll just end up as cannon fodder. Really take some time to master a class or vehicle you like to play, then squad or outfit up and see if you can get yourself involved in a nice organized attack. The most prepared Auraxian is the most efficient one.

6) What most excites you about working on PlanetSide 2?

This is all very surreal and I’m not sure it has all sunk in yet. If you could only see me as a child growing up playing games you would see how much I loved them. If I told my child self that he would grow up and become a video game designer I don’t think he would believe me in a million years. Everything about the PlanetSide 2 game excites me. Being able to work on a game of this caliber and quality, seeing it on the cover of magazines that I used to read as a child, hearing people I don’t know talk about it, and many other things I can’t say but you’ll soon find out. This is truly a dream come true and I feel so blessed, Even as I write this I feel extremely lucky and thankful.

7) Which Empire do you belong to? Why?

New Conglomerate. My NC allegiance started when I played the original PlanetSide. I absolutely loved the Phoenix and being able to pick off a MAX at long range was very fun. I really enjoyed gunning in a Vanguard, because when you have a good driver it makes the game feel twice as fun.

8) What video games are you playing in your free time? Do you have free time? What else do you do for fun?

When I do get some free time I play as much as possible… I just recently beat Heavy Rain and I thought it was awesome. I’m also playing Final Fantasy XIII-2, Legend of Zelda – Skyward Sword, Arkham City and Mass Effect 3. I hop into Modern Warfare 3, Battlefield 3 and League of Legends as those three are my go-to multiplayer games right now. I also like to play Magic: The Gathering at a competitive level, but haven’t recently due to the large amount of free time you need to play it on that level. I can’t live without music, specifically the electronic genres from Trance and House all the way to 8bit chiptunes and Dubstep.

9) What advice can you give aspiring game developers who are looking to work in the video game industry?

Just go out there and take that first step. You have to do it. The worst thing you can do is think about all the ways you can’t get into the industry. The only person stopping you from getting into this industry is you. Once you take that first step it’s very vital to have good written and verbal communication skills. Even though this is the video game industry, you’re still dealing with people in an office setting and you must be able to communicate. Lastly, don’t ever lose the passion for games, just keep playing and enjoying games and you’ll be fine!