Welcome to the Isles of Oshur

Welcome to the Isles of Oshur

A new, massive-scale continent makes its way to PlanetSide 2 for the first time since 2014. The tropical isles of Oshur are reminiscent of a time before the Auraxian war, where research and exploration were the most valued pursuits, and the factions weren't fully divided. 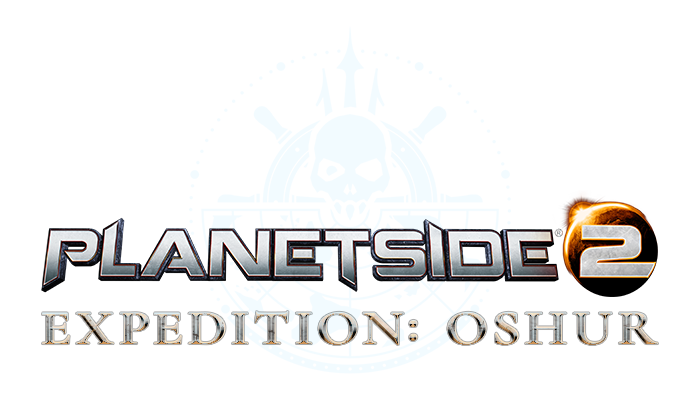 Oshur was designed with an emphasis on logistics and diversity of gameplay. The towering Trident Relays necessitate air support and quick responses, the lattice has deliberate and strategic cutoffs for squad and platoon leaders to pursue, the beachheads and mid-field bases carve a meaningful role for construction; the open savannahs, sandy beaches, and tropical jungles foster vehicle battles and heavy armor usage; and the hand-crafted designer-driven bases create unique and learnable gameplay spaces for hardened infantry veterans. With this new island battleground, there is something to enjoy no matter your style of gameplay. 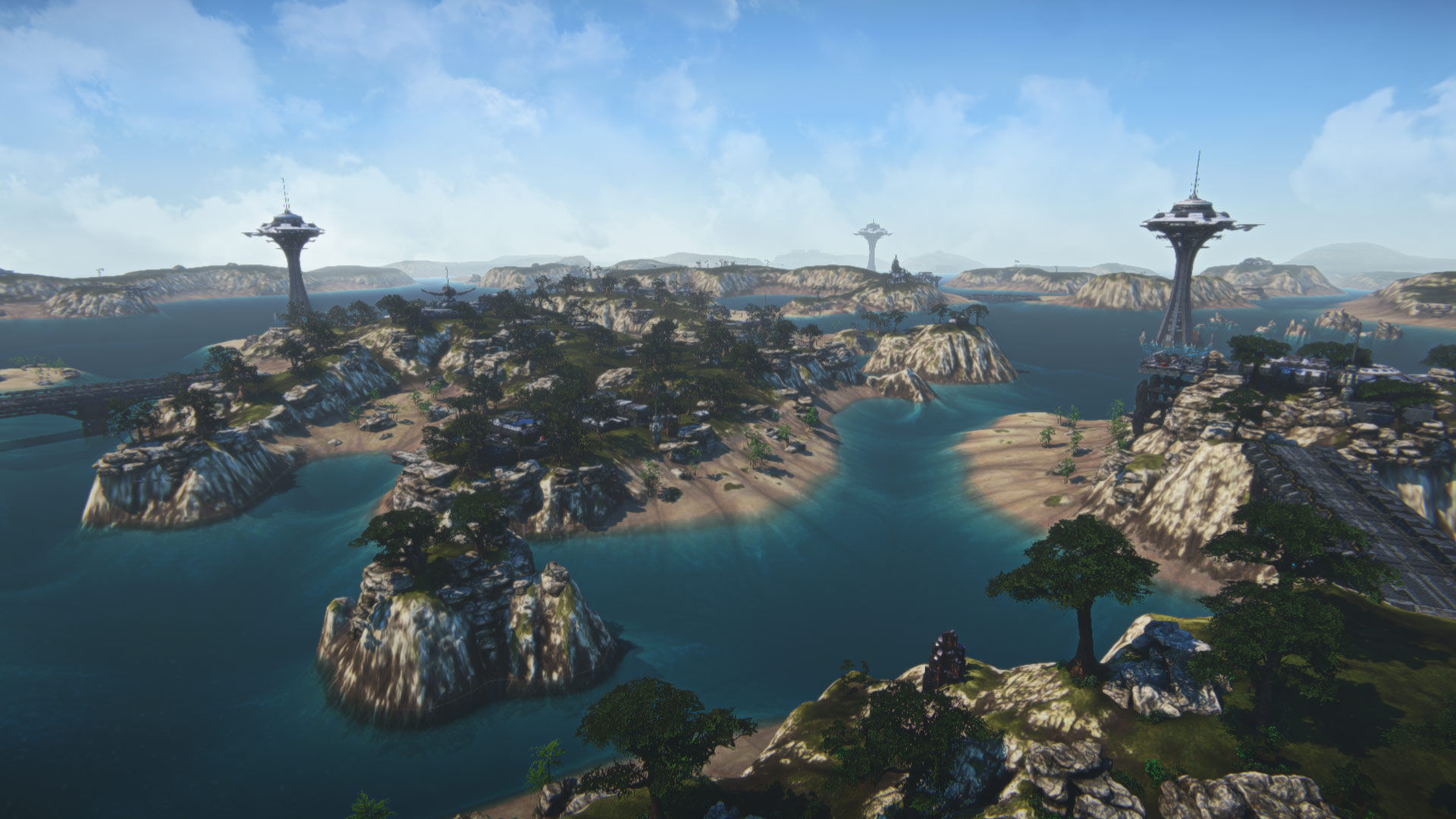 The expedition to Oshur took place aboard the new Exodus-class Fleet Carriers. Unlike traditional maps, there are no Warpgates on Oshur, and this flotilla of heavily armed fleet carriers will become your new base of operations. Enemy vehicles that stray too close will be shot out of the sky by the shipboard Particle Projection Cannon. 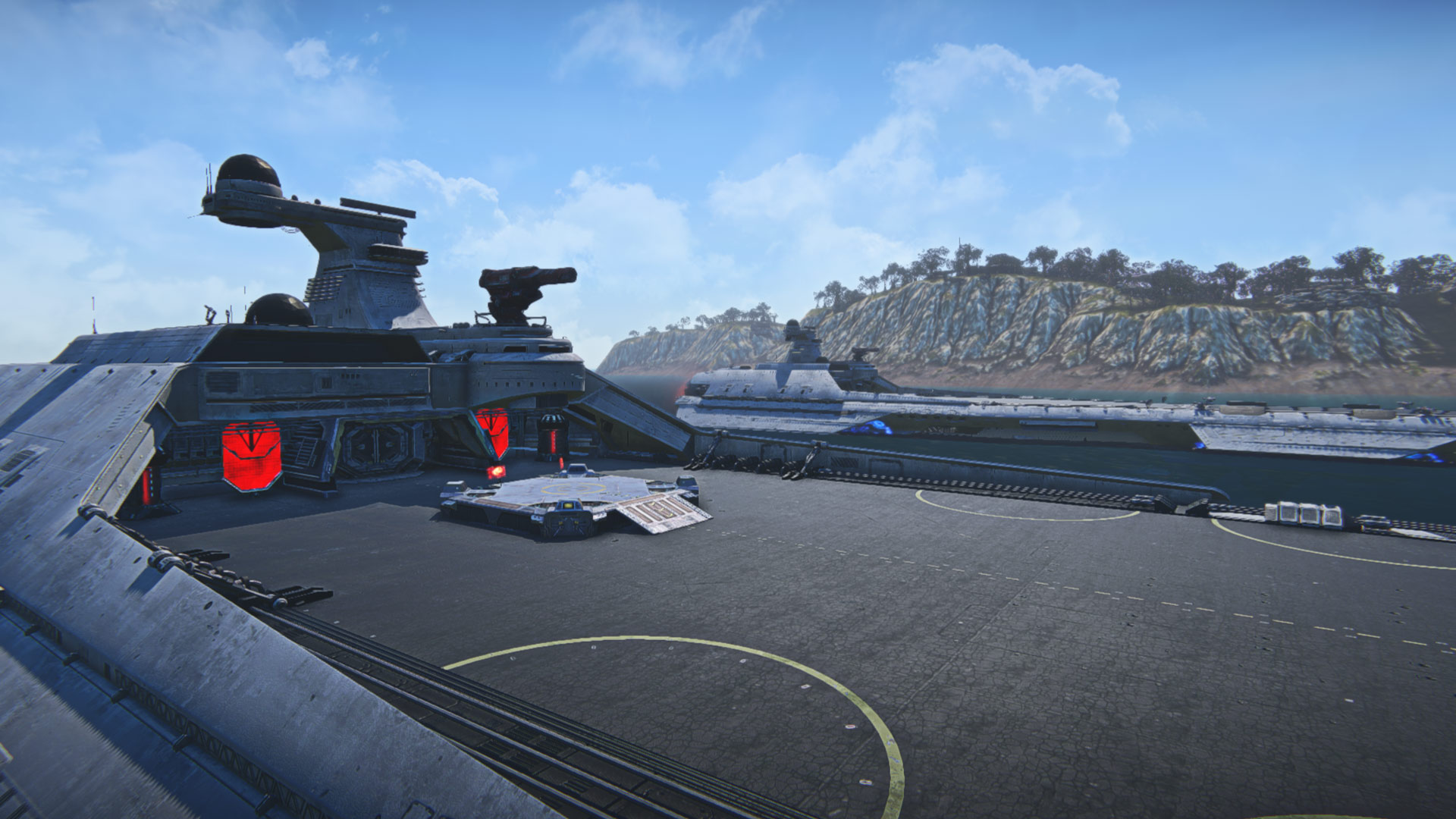 As a part of a massive undertaking, we've completely changed how water works in PlanetSide 2. Every vehicle, infantry, and projectile interaction has been re-engineered to accommodate these new mechanics.

- Wheeled Vehicles putter along the surface.
- Hover vehicles float above the water.
- Air vehicles cruise beneath the waves like submarines.
- Infantry and treaded vehicles prowl the ocean floor.
- Projectiles that enter the water are hit with heavy drag.

Indar, Amerish, Hossin, and Esamir will all be retrofitted with these new water mechanics at a later date (so don't dip your toes into that frozen river just yet.) 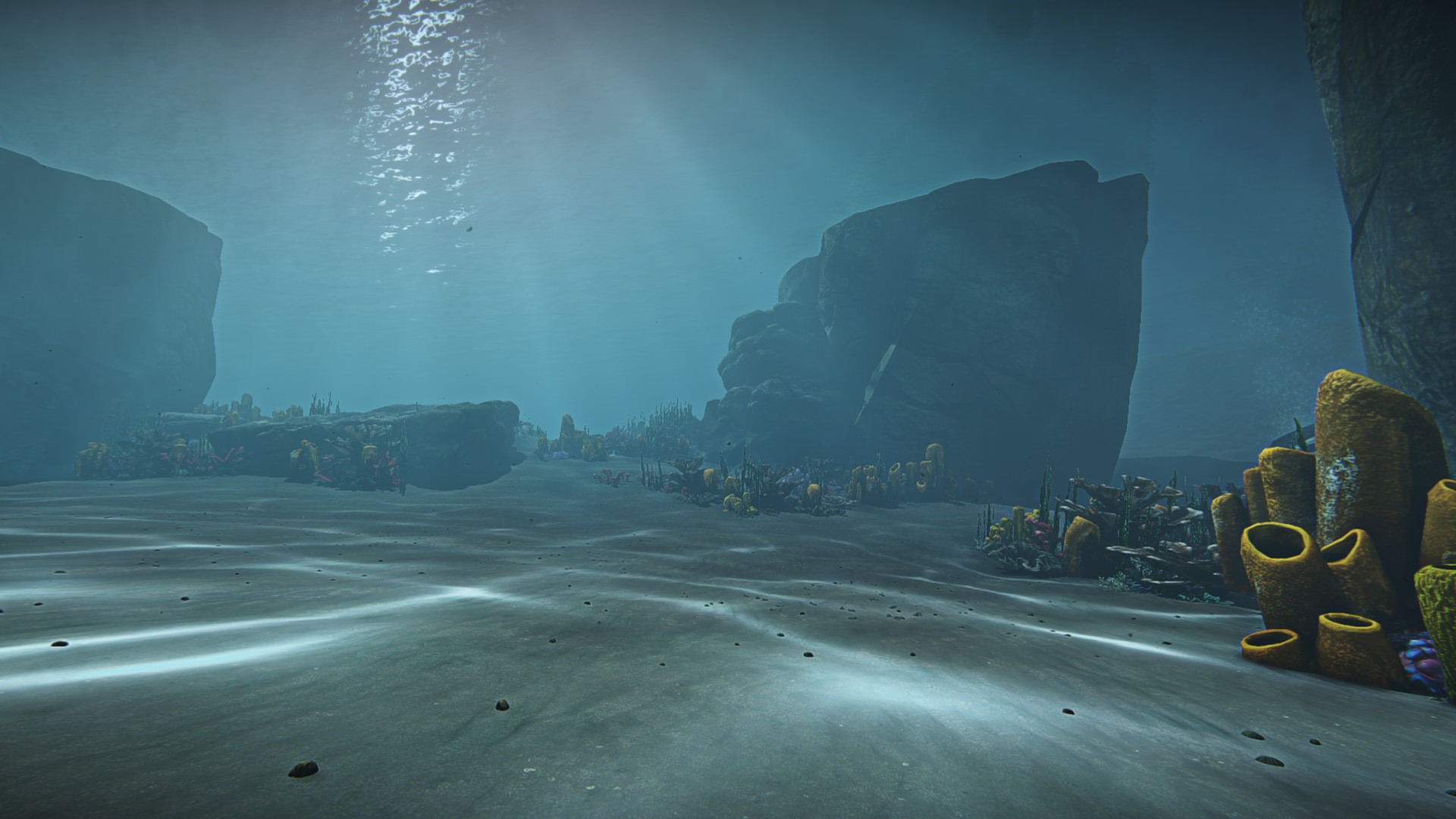 Most traditional weapons won't fire while submerged, but special equipment has been added to ease the transition.

Three new underwater rifles and one underwater pistol are now available to access by various means. 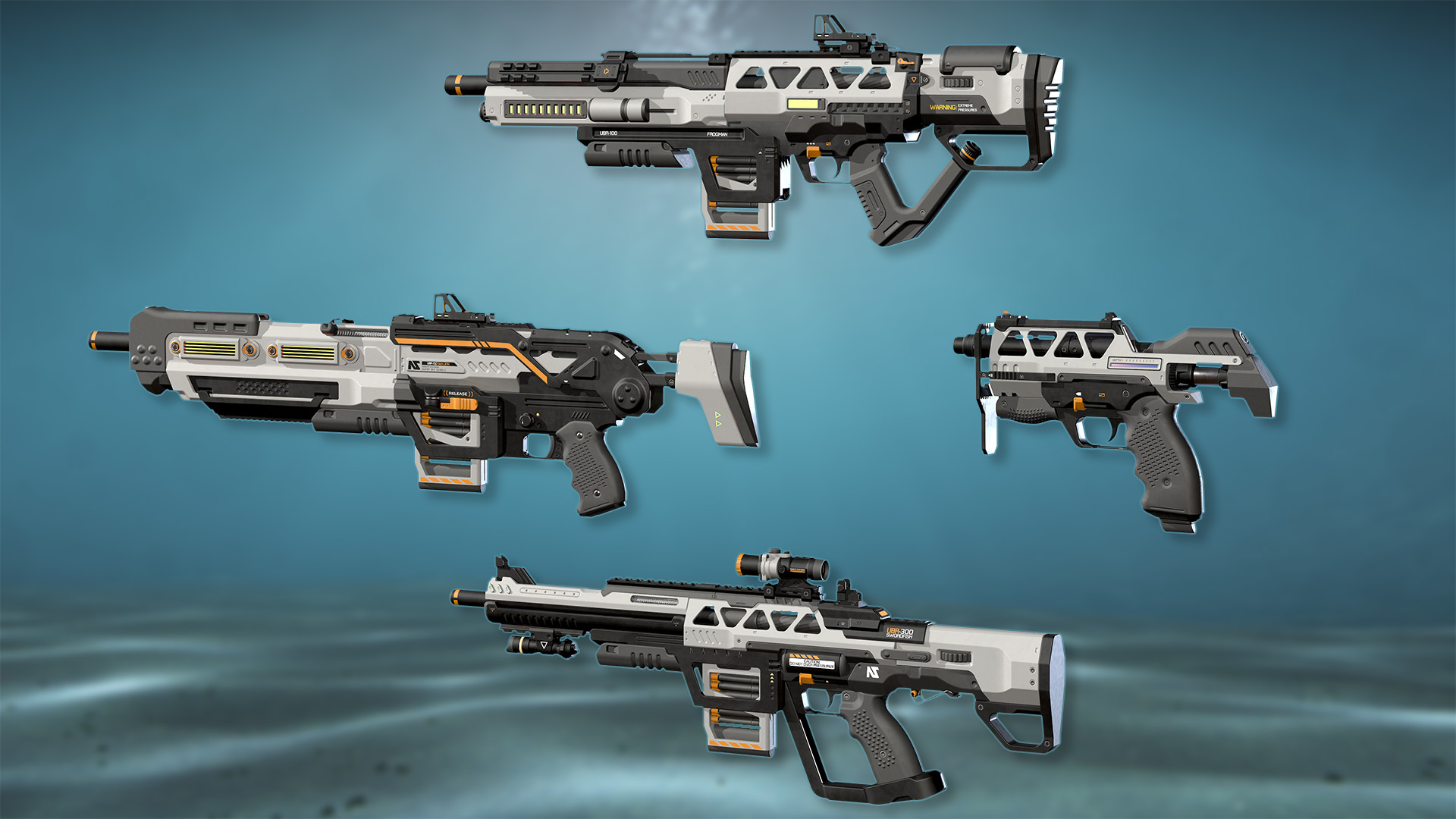 Constructed as early communication hubs for research on the islands and out at sea, the Interlinks are single-point infantry-capture bases with a close-quarters arena and multiple entrances for attackers.

Controlling an Interlink Outpost counts toward Empire Strength on the continent. 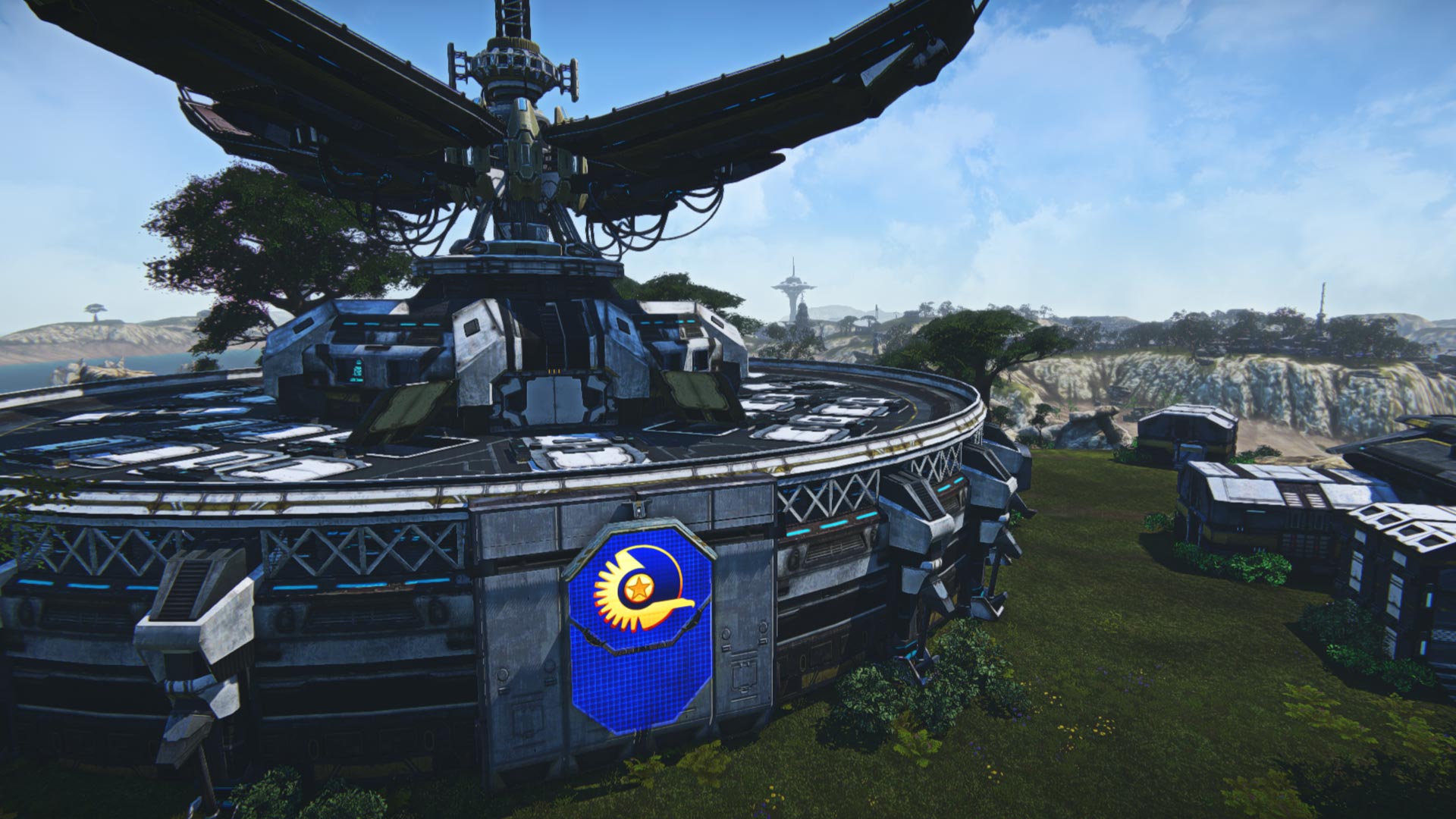 These massive spires jutting from the water's surface are only enterable from their airpads located high above. Three symmetrical entrance-ways provide an airport-style atmosphere to fight through.

Controlling a Trident Relay counts toward Empire Strength on the continent, and allows for lattice cutoffs deep into enemy territory. 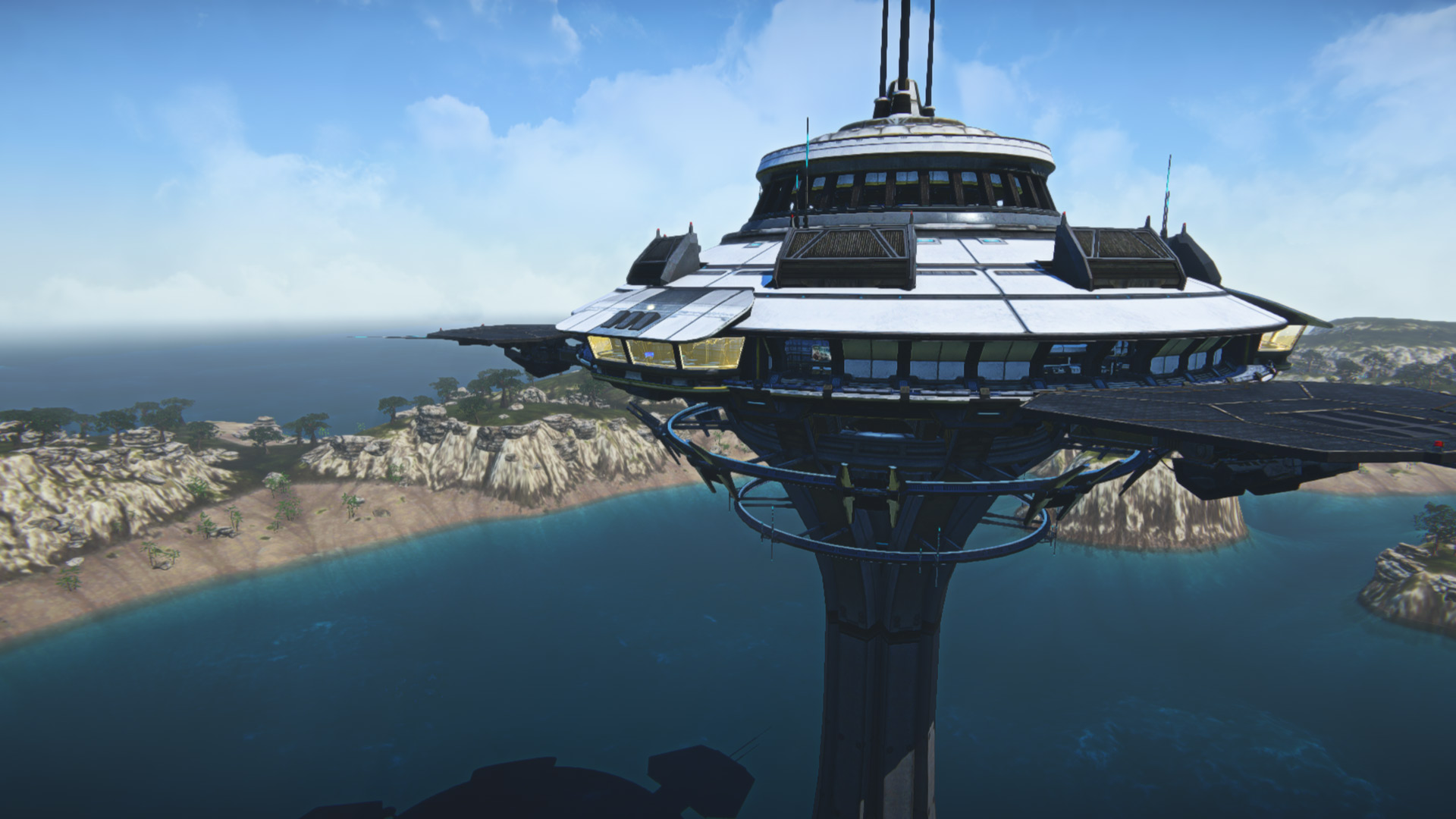 Nascent Expeditions has finally cleared the path toward Oshur, and the Empires are maneuvering to gain a foothold. The last chapter of the Distant Shores campaign will be made available Jan. 27. 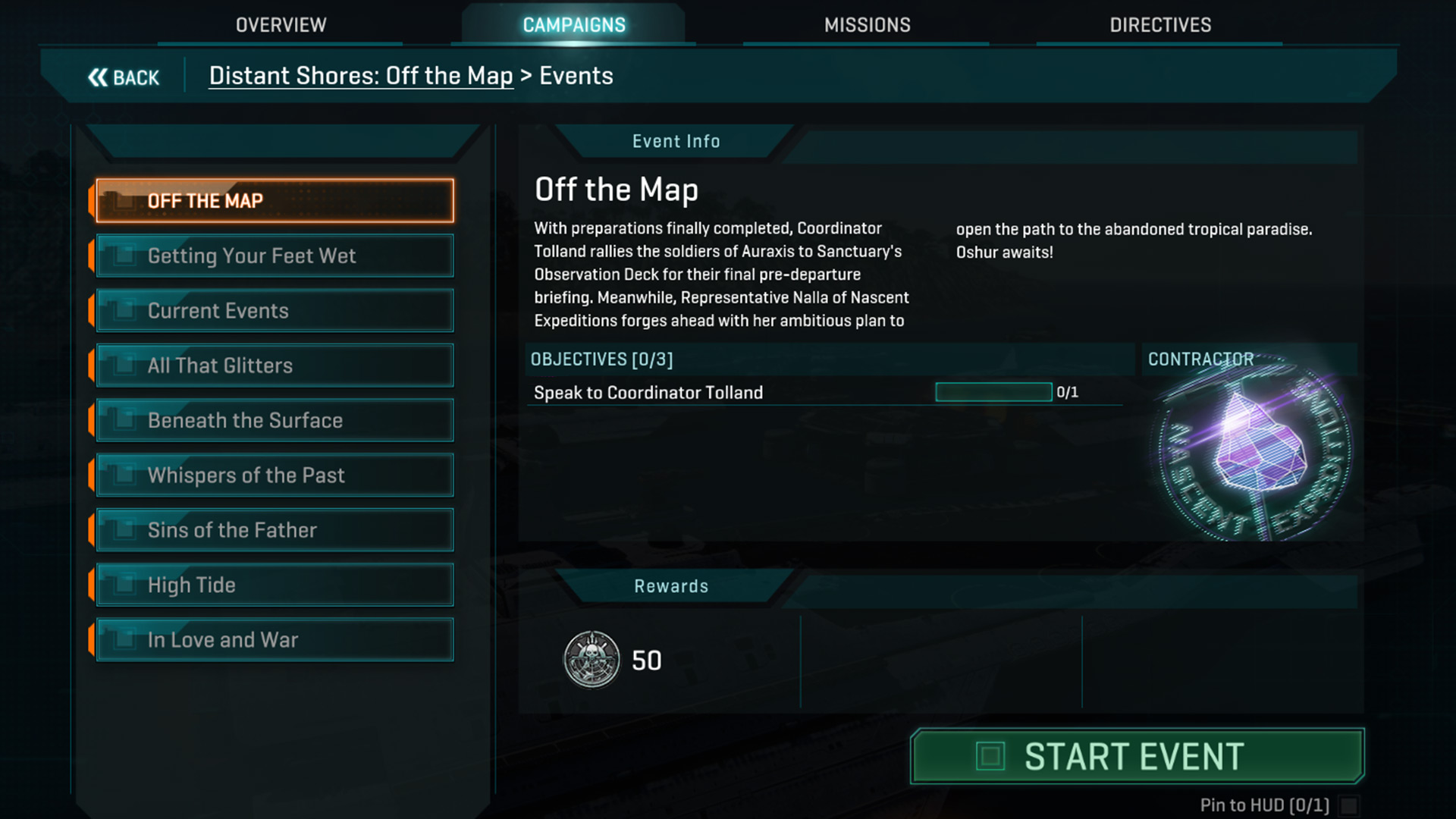 Oshur Collections - A new "Collections" tab can be found in the Directives page. Our first Collections directive asks you to recover the lost dog tags of those who died during the evacuation of Oshur. 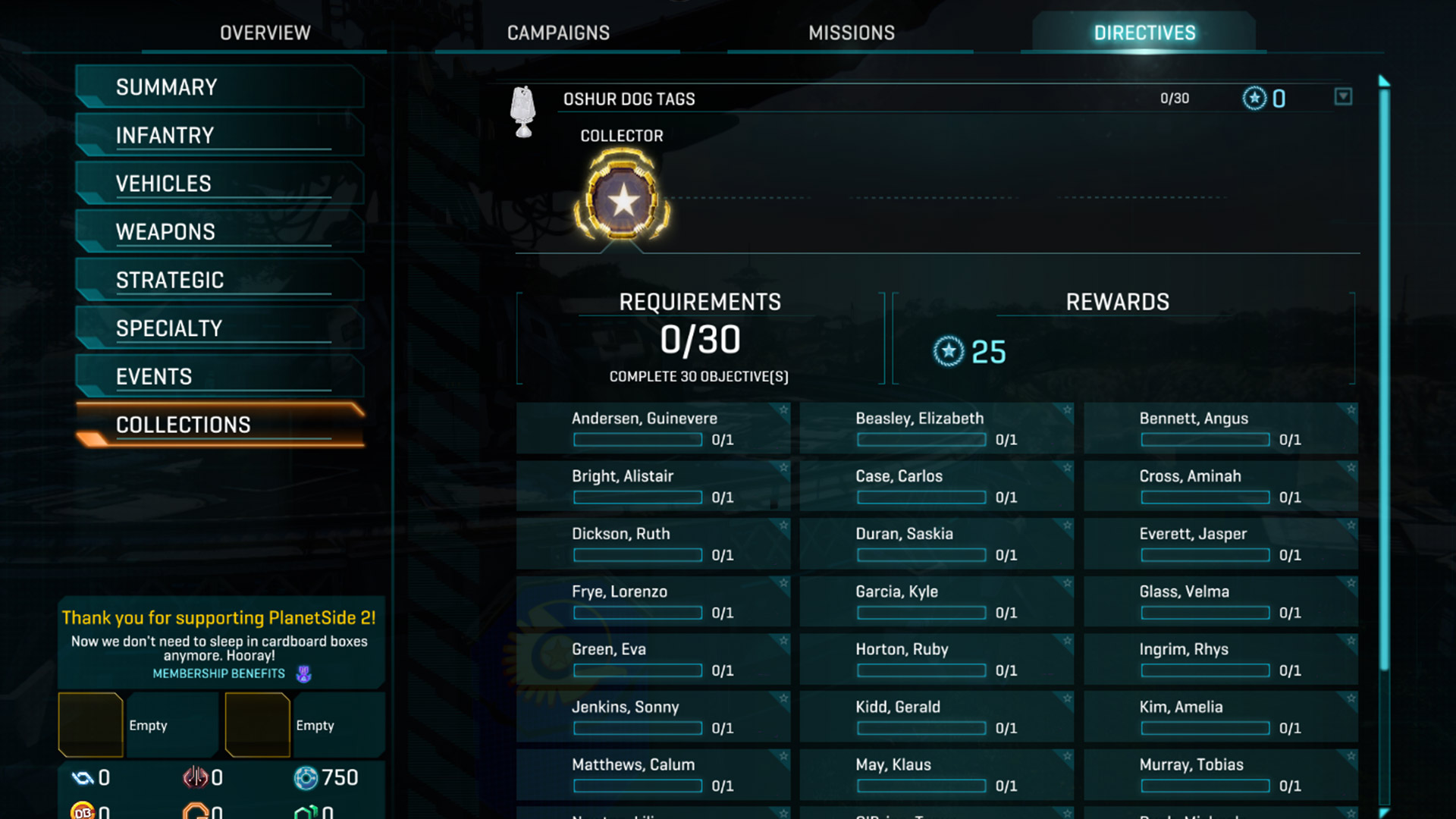 Conquest - Oshur - In the "Strategic" tab, a new directive line dedicated to the war for Oshur has been added. Unlock the new UBR-100 Frogman by completing the first tier, and the (very special) Paradise Camo at Master tier, reserved for only the most hardened veterans. 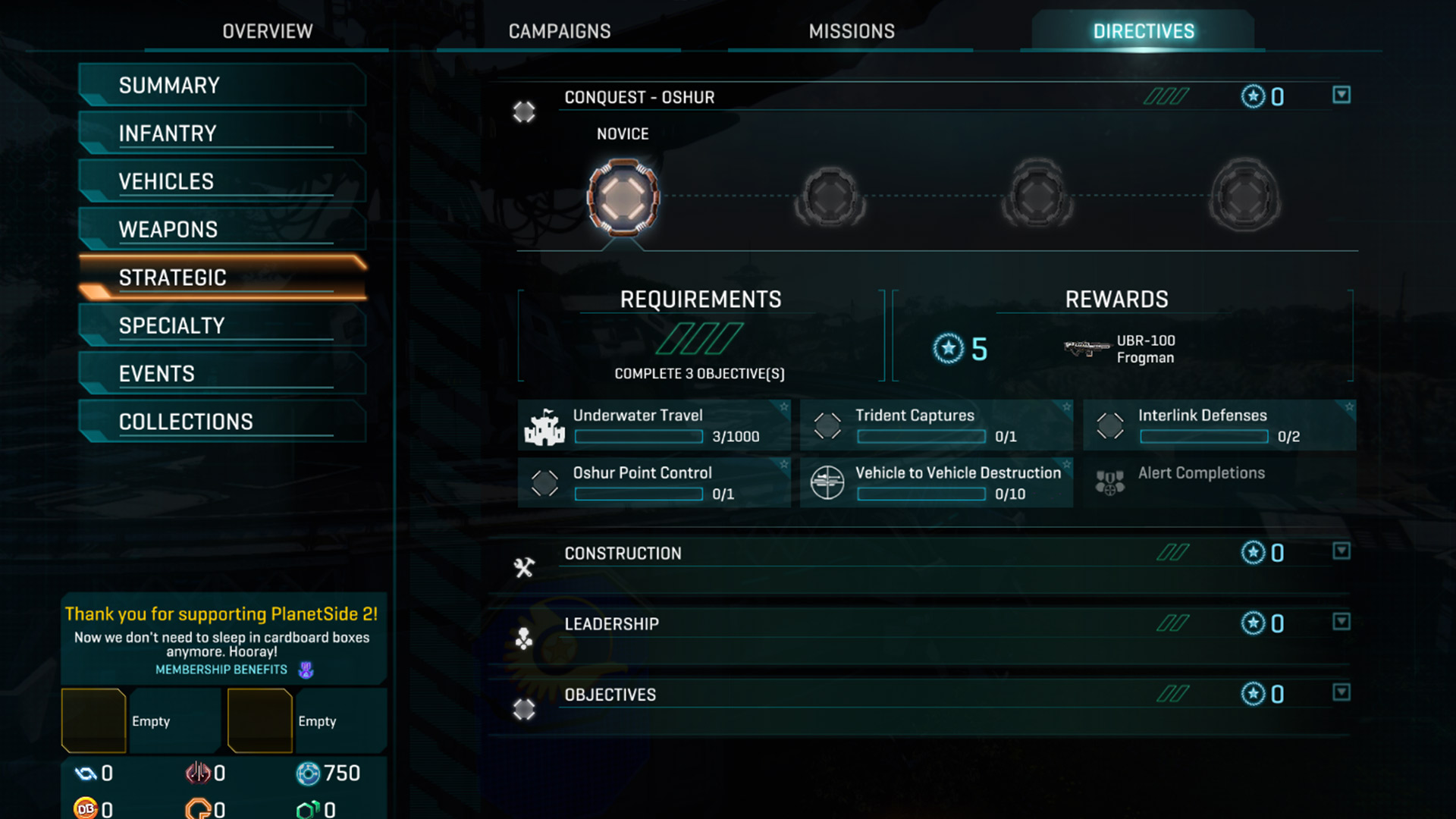 To celebrate the launch of Oshur, we'll have certain windows where Oshur will auto-unlock itself. Outside of these days, the continent will remain in the normal rotation. We can enable or disable this functionality without downtime based on demand. The goal here is to allow everyone to experience the continent immediately while its new, while avoiding the burnout of the same map 24/7.

The current auto-unlock schedule is: Wednesday, Jan. 26 through Sunday, Jan. 30

For the full list of changes and fixes, head on over to the forums for the official patch notes.