Look! Up there in the sky! It's a bird! No, it's a plane! No, it's... oh. It's dead. And yes, it was a plane. Keyword: was. Now it is the charred, broken remains of what was once an elegant craft. Torn into bits by a machine nobody seems particularly fond of. Why? Because everyone loves to fly, but no one likes to be shot down by the forces of balance. For it is balance who decided this machine is the hero our infantry and armor deserves. So the aircrafts will hunt it, and it will take it. Because it can take it (it was, after all, engineered to take it.) Because he's not a hero, he's a silent guardian who watches the skies. A Lightning Skyguard variant. 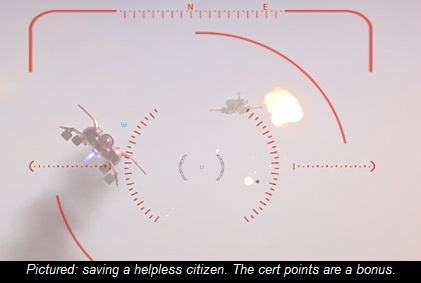 Wearing a dark pointy helmet and cloak (I wish), the Skygyard is a variant of the Lightning tank that specializes in ground to air combat. Its purpose is, put simply, to protect a perimeter from aerial assault. On paper this seems fairly simple – and it is, if you're defending a particular target or a certain location – but if you're trying to maximize your effectiveness, there's a number of tips and tricks that could make all the difference. The most important elements are your positioning and your timing. But before jumping into all of that mumbo-jumbo, let's take a look at what a proper Skyguard should have equipped.

Utility: Proximity Radar – No, it's not for spotting aircrafts. No one in their right mind should rely on a 50m radar for spotting air targets. What it is good for, however, is spotting pesky Heavy Assaults and Light Assaults trying to sneak up behind you. As a Skyguard, much of your time will be spent stationary. Not only that, but your eyes will be looking for enemies not on the ground, but up in the air. With this baby attached to your back, you'll be able to tell they're coming before their C4 lets you know.

Defense: Reinforced Top Armor – You've got the radar, right? Good. That takes care of infantry. But what of the aircrafts you're trying to dispatch? They have guns and missiles, some of which will surely be aimed at you before they're aimed at anyone else. Indeed, this is a risk you'll never fully avoid. But you can alleviate some of the pain and give yourself a fighting chance. The reinforced top armor upgrade grants your Skyguard an additional 10% damage reduction against attacks from above. 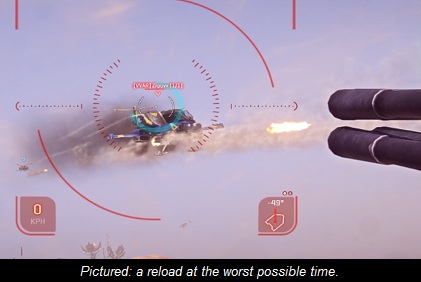 I realize 10% does not seem like much, but the reality is that 10% could easily mean the difference between your death or an extra kill. Think of it this way: for every 9 missiles that hit, one is guaranteed to miss. If you've ever been on the receiving end of a Mosquito, you know that one missile can easily be all the difference. (Of course, this is assuming your enemy does not strike you from the back, in which case shame on you for your lousy positioning. But we'll get there. )

Performance: Racer High Speed Chassis – We took care of infantry and protected ourselves against aircrafts. All that's left now is enemy vehicles. If you think you can stand a chance against enemy armor with your Skyguard cannon, you are very very wrong. Fortunately, with this dandy attachment you don't need to fight. You only need to drive faster, and that's exactly what this upgrade will let you do. Whisper "peace!" as you smash the 'W' key for added entertainment.

Weapon Attachments: I don't think I need to spend too much time on which attachments are the most suitable for this cannon. In case you were not aware, the Skyguard cannon fires high-velicity flak rounds that explode around enemy aircrafts. It doesn't come with a lot of ammo, so invest in that first. Second investment should probably be some zoom, but honestly, don't break your cert-bank getting the highest zoom possible. You can do fine with a basic x1.5-x2.0 magnification.

Let me begin by dispelling the myth that Skyguards benefit from high altitude. You should not stand on top of a hill when searching for targets. Let me repeat that: you should not stand on top of a bloody hill when searching for targets. The only acceptable time for standing on a hill is when posing heroically. Standing on a high peak will only make you easy to spot, easy to get around, and easy to kill. Generally speaking, a Skyguard will not be able to eliminate a target that's aware of its location. A quick tilt to the right followed by a thrust of the afterburners is all it will take your target to evade your grasp. But don't worry, it will be back – probably from behind, with a pod of rockets and plenty of bloodlust. 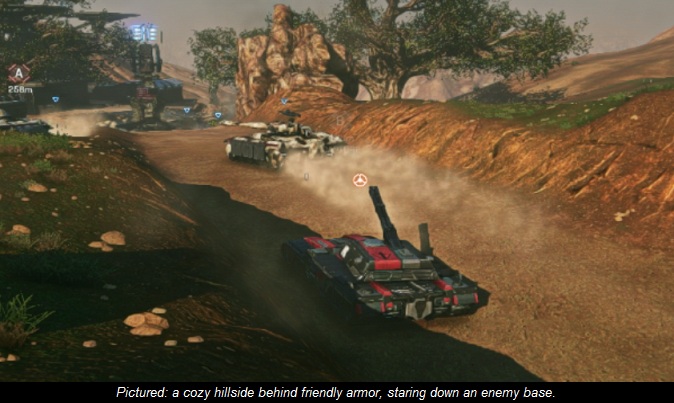 So where do you stand? Well, that depends on a few things. Are you attacking or defending? If you're defending, a good spot would be by friendly vehicles. Doesn't matter what kind – vehicles attract aircrafts, and aircrafts are delicious. If you want to double your chances of scoring a kill, make sure you have a clear view of where your friendly vehicles go to re-arm and repair. Often they will be followed by enemy aircrafts, which makes for a perfect opportunity to be a hero.

If you're on the offensive, things get a tiny bit more tricky. Standing by friendly vehicles is still good, but what's more important is a tight view of high-traffic airspace. By "tight" I mean you should not be able to see every inch of sky above your head, but rather only a strip of air you know the enemy traverses. A good example is between two hills, or by a shady tree. You need to stay incognito. The enemy will have plenty of safe landing spots, and you absolutely require the element of surprise to take down your target.

Timing your attacks is also crucial for both offensive and defensive play. Unless you are trying to help a friend stuck in a dogfight, wait until the enemy is relatively close before opening fire. A good way to tell if your enemy is the right distance is if their aircraft takes at least a fourth of your aim box, maybe a little less. Hitting the enemy before they come close enough will scare them away before you can deal any damage, while hitting them when they're too close will allow them to fly past you and out of your aim. (As a sidenote, there are many possible situations that could nullify this suggestion. For example, if your enemy is hovering in place or if it is already damaged. Use your judgement!) 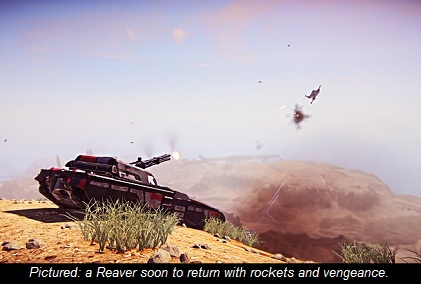 The Skyguard is excellent at what its name implies: guarding your allies from sky-borne threats. It won't shred a plane as soon as it lands a hit, but with the right tools and the proper timing and positioning, you'll find yourself the hero Auraxis deserves and the saviour of many S-AMS stations. So find a good spot, stretch your wrist, and make your home a no-fly zone. And for goodness sake, turn off your lights. You really don't need them.