The Liberator is an armored gunship capable of wreaking havoc on ground forces.  The primary weapon on the Liberator is a downward facing gun emplacement operated by a passenger.  This emplacement has several different options such as an armor devastating 150mm cannon or a shredding 30mm Gatling gun.  The pilot also operates a fixed forward nose cannon.  While less effective than the primary weapon, the pilots weapon can engage from a farther distance and both weapons used in conjunction can be even more devastating.  While it has medium armor the Liberator is slow and particularly vulnerable to enemy air superiority fighters. 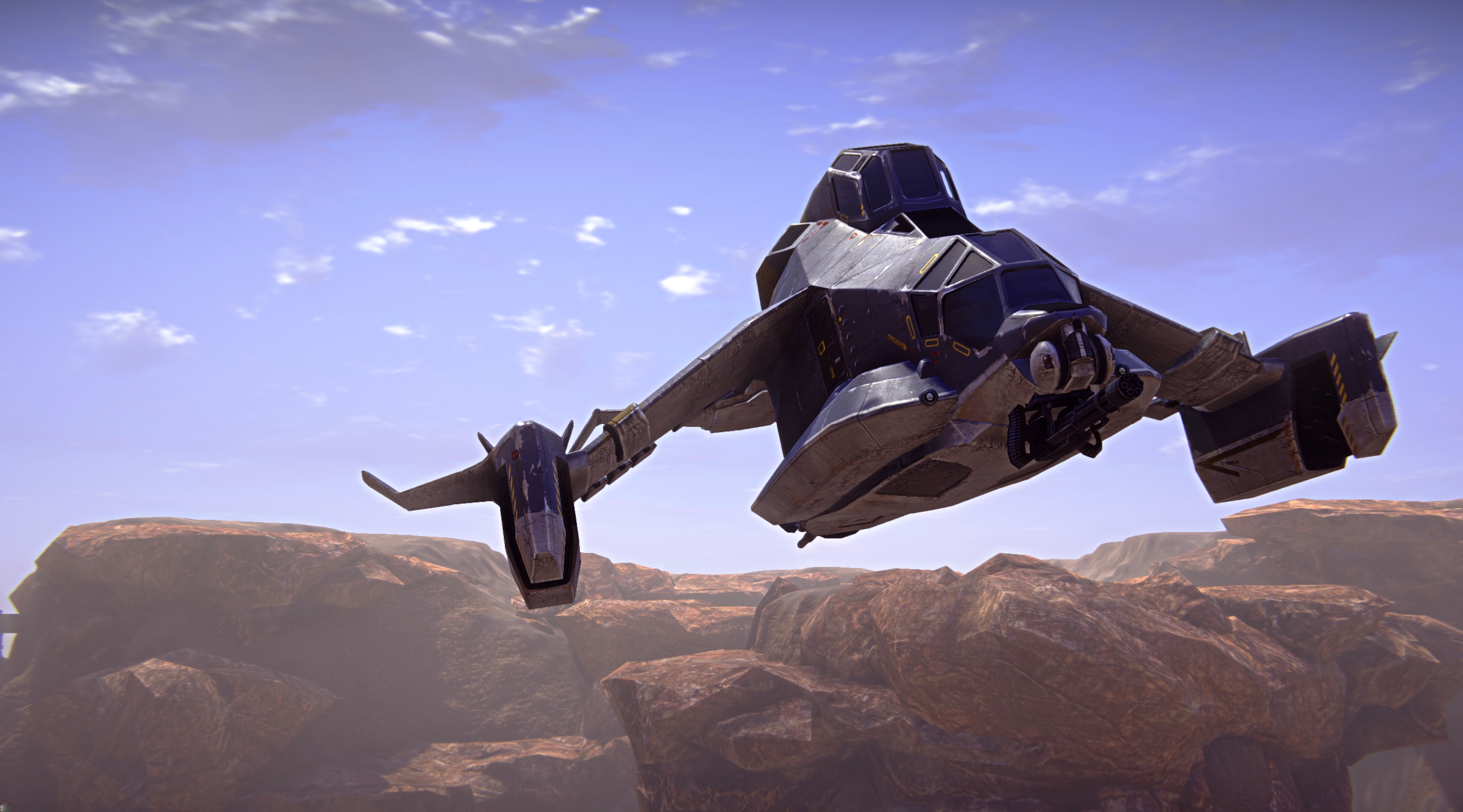 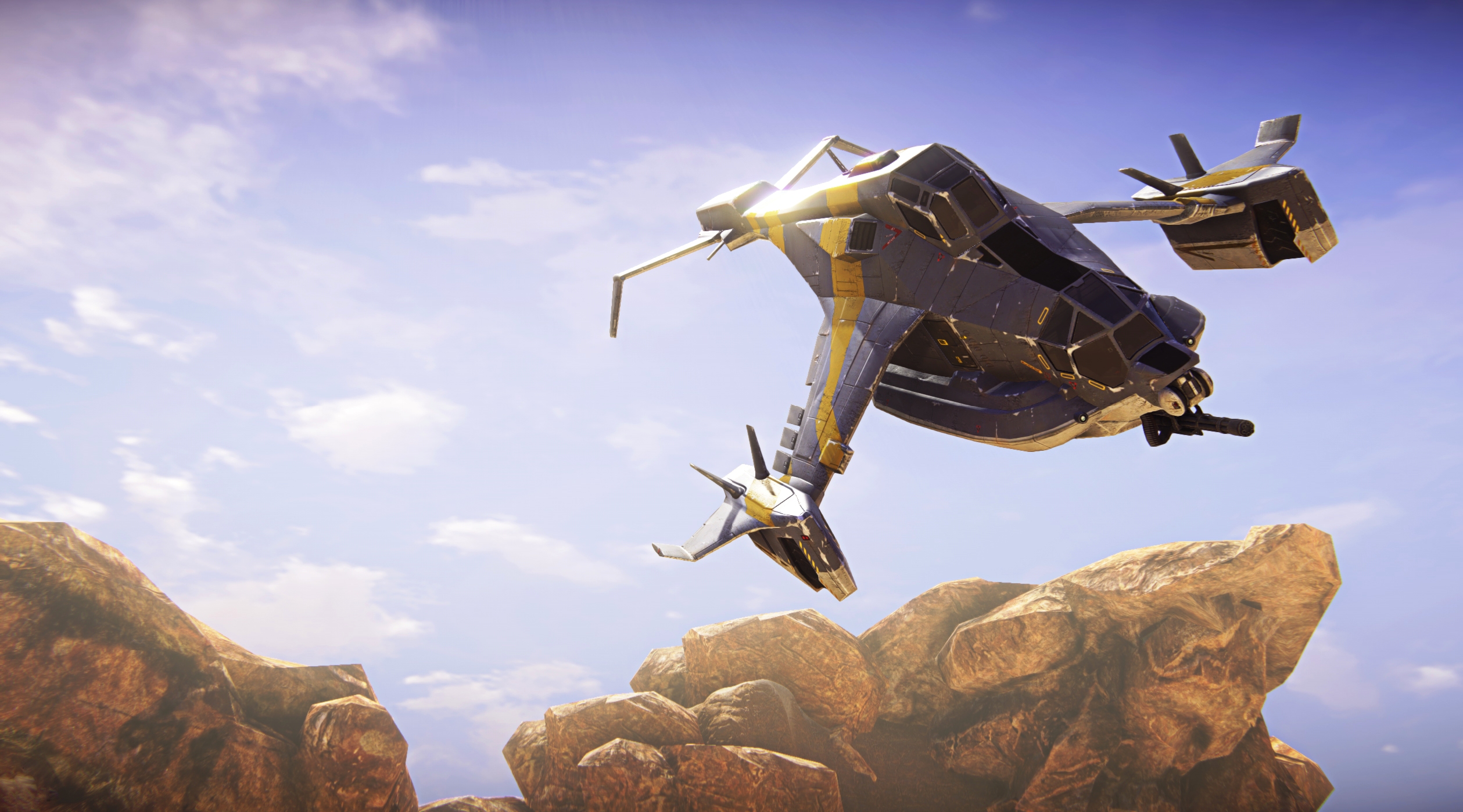