Nanite Systems was once a small company with a singular focus on Nanotechnology.  With advances in technology allowing their nanites to do everything from mining to manufacturing Nanite Systems has become the single largest of Auraxis’ civilian corporations.  Rather than siding with any one of the three empires battling for control of the planet, Nanite Systems provides services, weapons and vehicles to each equally.  Well built and utilitarian, the Nanite Systems common pool vehicles are utilized in a variety of battlefield situations: the Sunderer and Galaxy are the primary supply and transport vehicles used by each empire, dedicated combat vehicles like the Lightning and Liberator gunship help round out the empire’s military forces and the Quad provides a fast transport and strike craft. 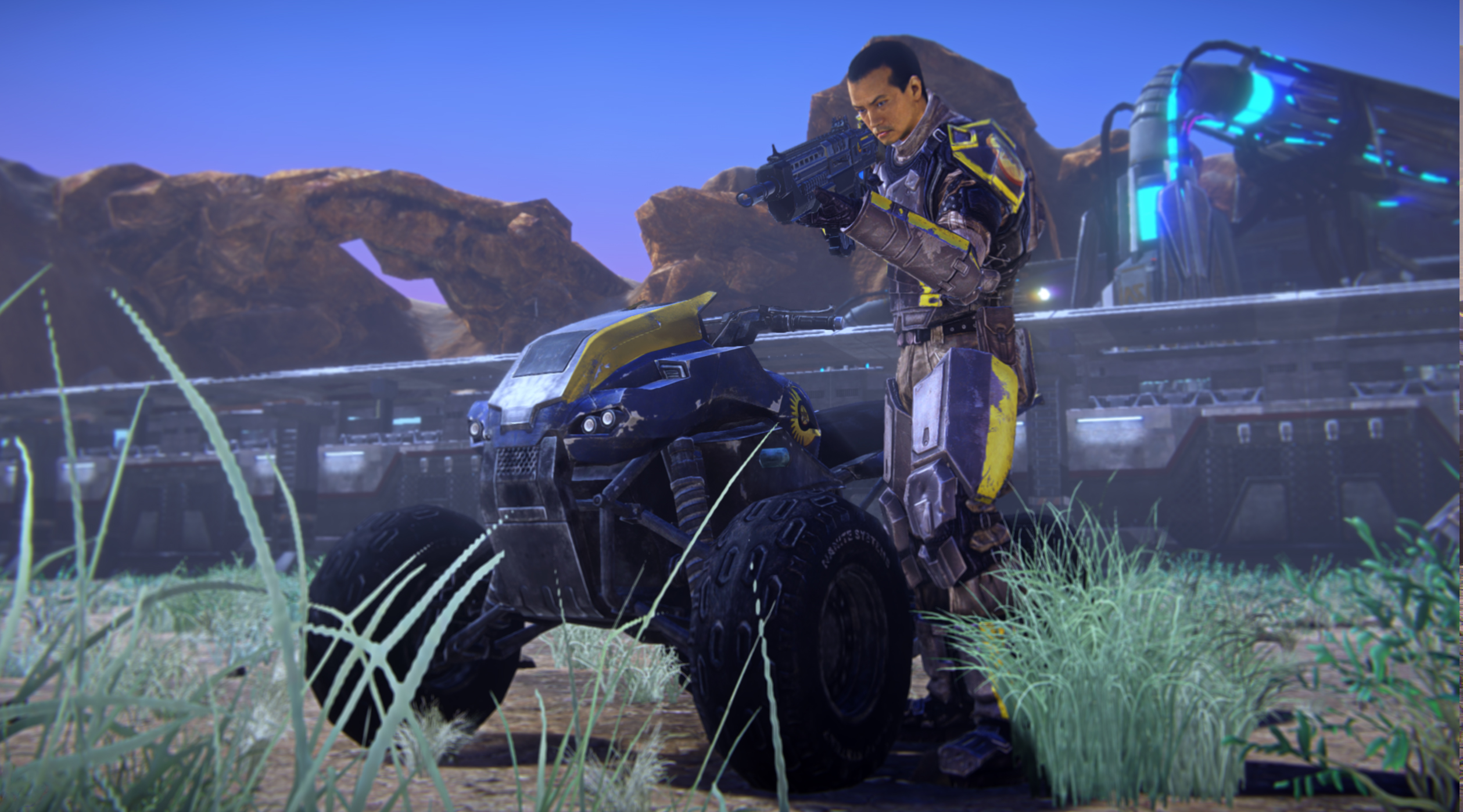 For soldiers looking to get from point A to point B rapidly, the Quad fits the bill.  It has the highest top speed of any ground vehicle and is easy to acquire.  The only downside is that it is not very tough, relying on its amazing speed and agility as its defense.  In a battlefield where men cannot permanently die, military commanders have seen value in the quad as a flanking vehicle and have created options for several front mounted weapons. 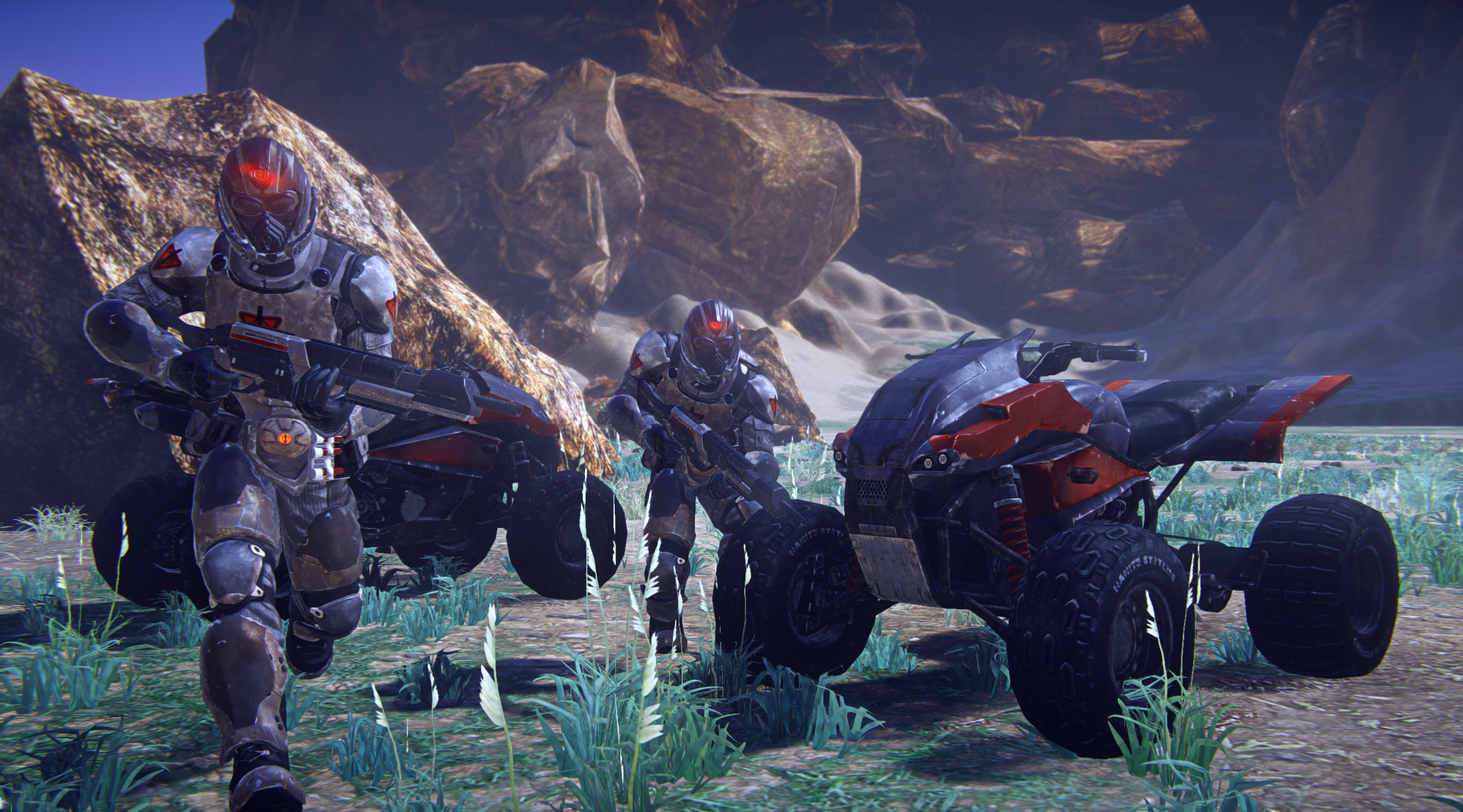