Last week we introduced you to Jimmy Whisenhut, who recently joined the PlanetSide 2 Development Team to help make this amazing game. You already know about his background in professional eSports, but what makes him tick and what will he be working on? Let's get a look at the man behind the Heavy Cycler! 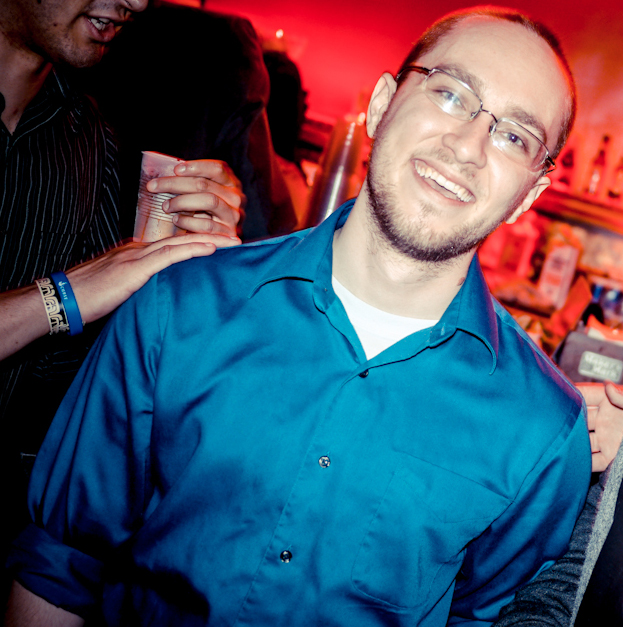 Q:  Jimmy why don’t you tell us a little about yourself.  What got you into video games?  What was that first true love that you played and never looked back?

I couldn’t even put a date or even year on the first day I sat down in front of a keyboard and mouse to play my first FPS. I mean, seriously… I can’t. However I know it all started with Wolfenstein 3D, and what really sold me was seeing the first iteration of the Quake engine I saw at some tech show… And so it began.

Q:  We've come a long way from those days and you went well beyond being a player.  You’ve spent quite a bit of time in the world of eSports as a participant and commentator.  How did you end up there and what can you tell us that the average person may not know?

Well like I said, my FPS gaming all started with Wolfenstein 3D and then, all of the sudden, I had spent 12 years playing FPS games in a competitive setting, not including my casual fun games. I actually started analyzing and commentating for FPS game play for an old school group of guys called GameSurge Radio around 2005 when IRC was still the best way to get scrims and schedule online league matches for Counter-Strike in theUS.

As far as something most people may not know about me in this community: The majority of my time as a competitor I was what we called an ‘in-game leader’. An in-game leader is the individual responsible for designing strategies for his team while being able to handle on the fly changes in the plan and relay new strategy accordingly.

Q:  What advice would you give someone wanting to start playing in the world of eSports?  Where do you start?

Learn your craft, whether you’re a straight up fragger that doesn’t like to think too much or you are a methodical player and like to dabble in a leadership role. Define your role and make it your own. Lots of people can be really good, but few can be unique and surprise their opponents on a regular basis. As far as the commentating side of things goes, just grab some replays/demos/live match feeds from your game of choice and learn as many play styles and personal details from different levels of gamers and start streaming or recording to youtube! It takes time, and a lot more work than I’d like to admit, but the results are rewarding and you can’t beat the level of understanding you can gain by analyzing and really breaking down how and why people play the way they do.

Q:  You've just recently started as a member of the PlanetSide 2 Development Team. What prompted you to take this position?

I had been involved in some popular feedback projects with a new FPS game coming out, and the only way for me to get the word to the company developing the game at the time was to make my feedback and analysis public and push the community to make sure it’s seen. The next step was to teach people to give proper feedback and make sure they understand how what they are suggesting changes things on a large scale. Next thing I know I’m flying toSan Diegoto meet this awesome team! It was an easy choice. This game is epic.

Q:  What specifically are you/will you be working on in the game?

Starting off I’ll be looking at the weapons system. I’m a gun guy, in real life and in-game. I want this to be a unique experience but still holding true to the expectations of PlanetSide fans.

Q:  What is really exciting you the most about PlanetSide 2?

How incredibly ambitious this project is! The ability to rally my followers, friends, and allies all together at the same time and coordinate strikes against an enemy in real time on the ground will undoubtedly be an incredible experience for me.

Q:  What class do you play the most and why?

I tend to bounce around a bit, but typically I stick to assault classes. I like to take leadership roles. It’s hard to really tell what’s happening to the extent needed to make on the fly decisions without being on the front lines.

Q:  What empire do you swear your allegiance to and why?

Glory to the Republic, loyalty until death! We were the first to unify our people and will not waiver on our principals… Annnnnnd, I like the weapons.

Q:  Describe the most awesome moment you’ve had in a PlanetSide 2 playtest so far.

Spending about 15 minutes behind enemy lines taking surrounding posts by myself while setting up ambushes to crush the rebels, I finally ended up with a few magazines remaining on my pistol and no ammunition in my rifle. Suddenly PlanetSide 2 turned into a survival horror as I sprinted from cover to cover trying to make it back to resupply… I ended up getting blown to pieces about 50 feet from a station after my seemingly endless trek across the battlefield. Epic.

Q:  What do you do when you aren’t working tirelessly on PlanetSide 2?

I’m either fragging in Quake Live, Counter-Strike, Battlefield BC2, or Tribes… Sometimes I sleep.

Thanks for talking with us Jimmy!  Look for his handiwork in PlanetSide 2 and let him know what you think when Beta begins.