The Walking Wall of Doom: How to do a MAX Crash in Planetside 2

The Mechanized Assault Exo-Suit, or MAX as it’s affectionately known, is a deadly and effective choice for an Auraxian soldier. Boasting heavy armor and a variety of customizable weapon loadouts, MAXes are useful against infantry, armor and air alike. And the only thing better than one MAX?  Seven of them.

A MAX Crash, as the name suggests, is a combat tactic where your squad uses MAX suits in an attempt to push into a heavily defended area. The increased firepower and armor make it an excellent strategy for forcing your way out of surrounded spawn rooms, taking guarded points in a biolab, or just for when you want to feel like total badasses.   Interested? Here’s how it’s done: 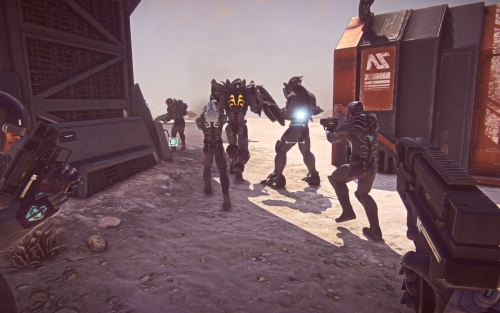 Step 1: Assign your roles. Seven squad members need to pull MAX suits, preferably equipped with anti-infantry weaponry. (Remember that MAXes can only be spawned from a terminal, so find one close to your objective or grab a Galaxy from the Warpgate.) The rest of your squad will want to be in supporting roles; pick three or four Engineers to do repairs on the run and a Medic or two to revive fallen MAXes and keep the Engineers healthy. 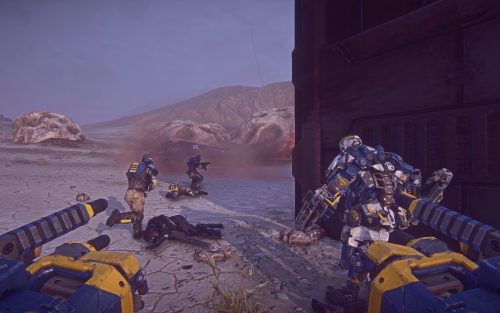 Step 2: Form up. You should be going for an inverted pyramid shape, with MAXes in front to take (and give) the heavy fire, Engineers behind to keep the MAXes up and drop ammo, and the medics in the back, hopefully out of harm’s way. 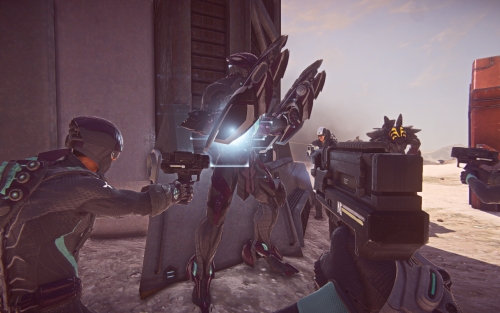 Step 3: Stay together, and keep moving. Decide on your objective beforehand, and use voice chat to give instructions on the fly. MAX crashes are most effective when all that deadly force is in a tight knit group and mowing down anything that gets in your way. 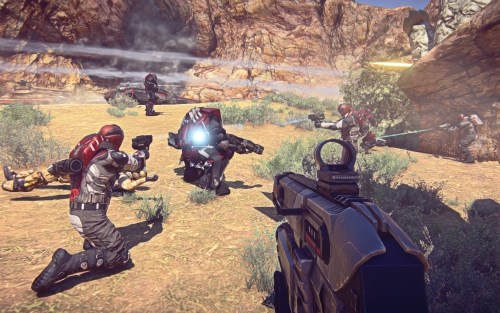 Step 4: Profit! If all goes well, your enemy will be powerless against your walking wall of doom. Once you’ve reached the objective you can use your superior firepower to guard the point, or regroup and press on to the next location.

So there you have it: easy, effective, and most of all, fun.  And remember, nothing builds squad camaraderie like the joy of dressing up in giant robot suits and completely wrecking your enemies. Happy Crashing!