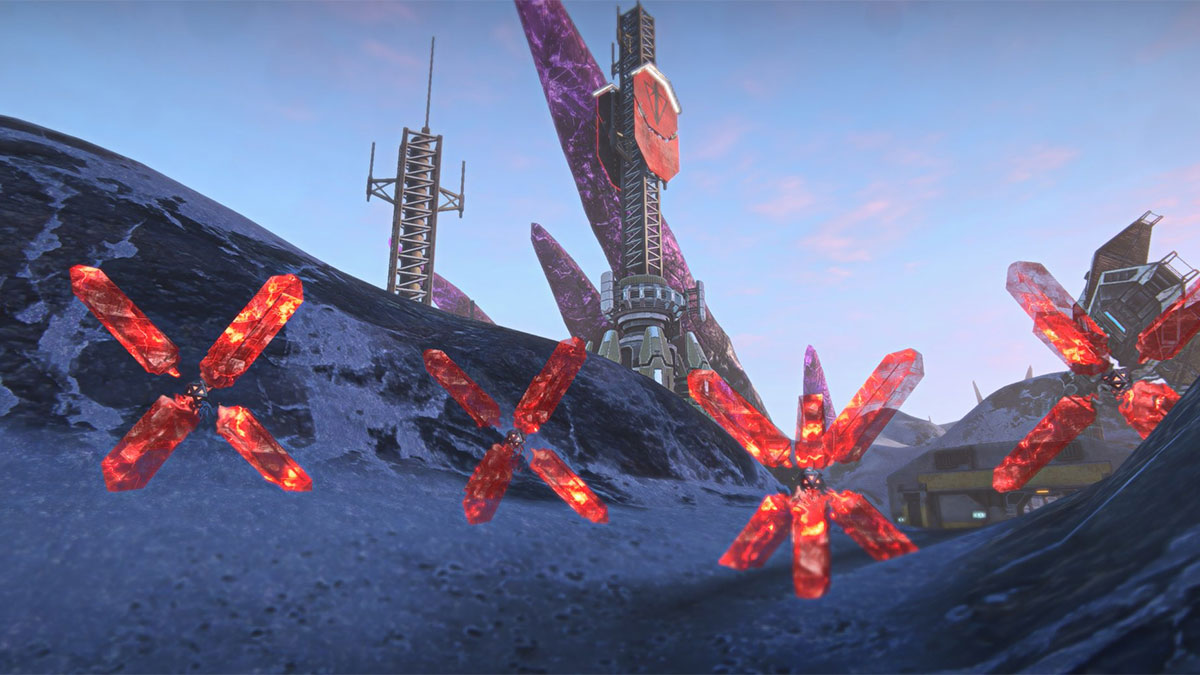 PC servers will come down tomorrow, Wednesday April 15, 2020, at 6:00 AM PDT (3:00 PM CEST) to bring you the Tactical Loadout April update. Downtime is expected to last up to four hours.

We have added a new loadout slot to all players. This slot now houses Merit Reward deployables, and in the future may house other limited, tactical equipment.

Tactical Slot deployables will now be able to be restocked with Merit from the loadout screen after purchasing an initial schematic from the Outfit Quartermaster on Sanctuary.

Flash XS-1 is now located in the Tactical Slot. 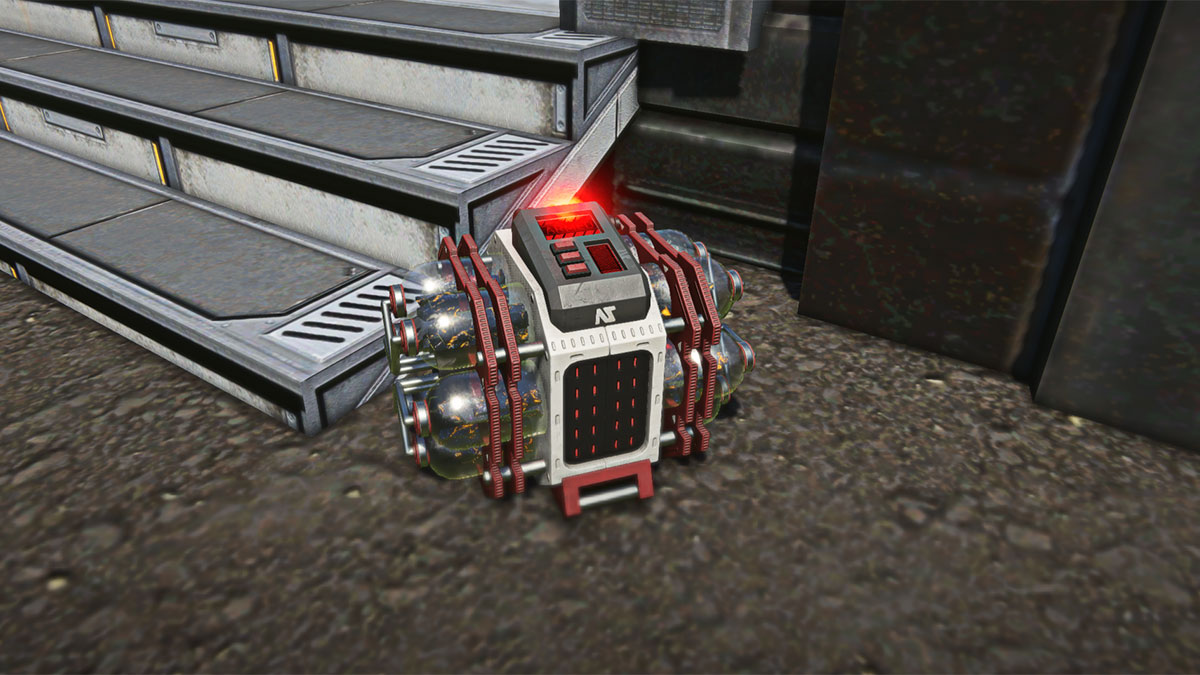 Cortium Bomb - This high-yield explosive are effective at destroying enemy constructs. While armed, their beeping can be heard from far off, so finding good hiding spots are important. 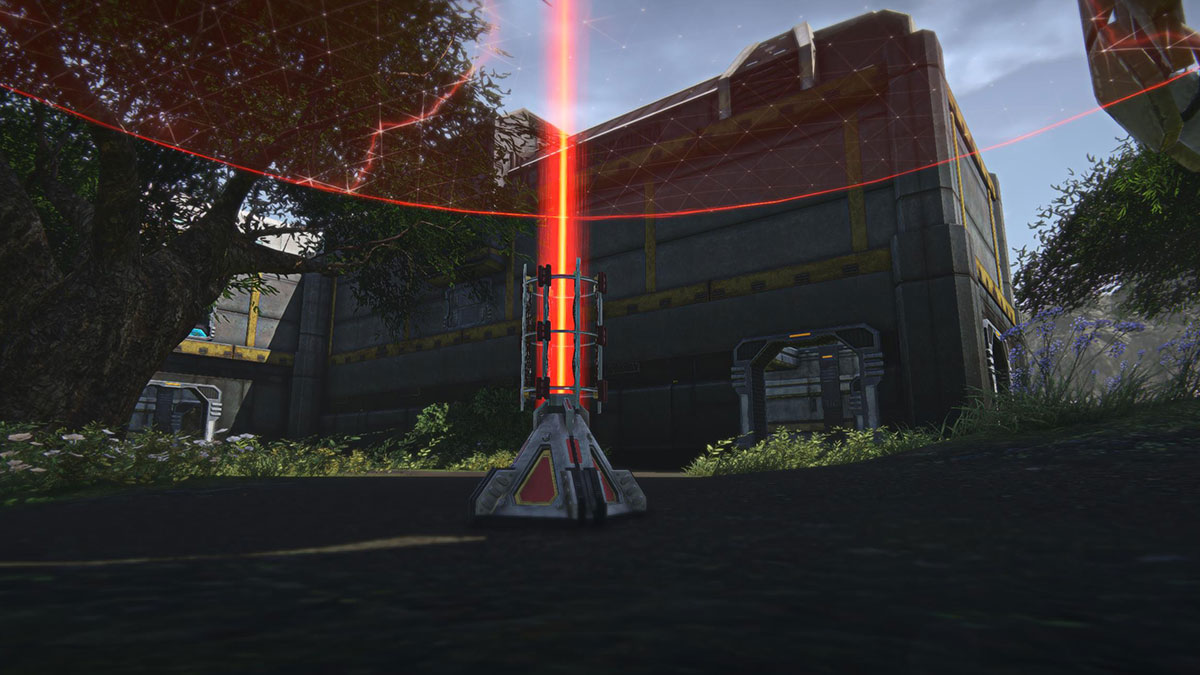 Hardlight Canopy - This portable skyshield provides limited cover to infantry from airborne attacks. The skyshield is heartier than the generator itself, which can be destroyed fairly easily with gunfire.

The island of Koltyr has now become an instanced playspace that will become available under certain conditions.

War Assets
We've made our first round of adjustments to War Assets to make them more accessible to Outfits, and adjusted pricing based on their relative desirability in-game: 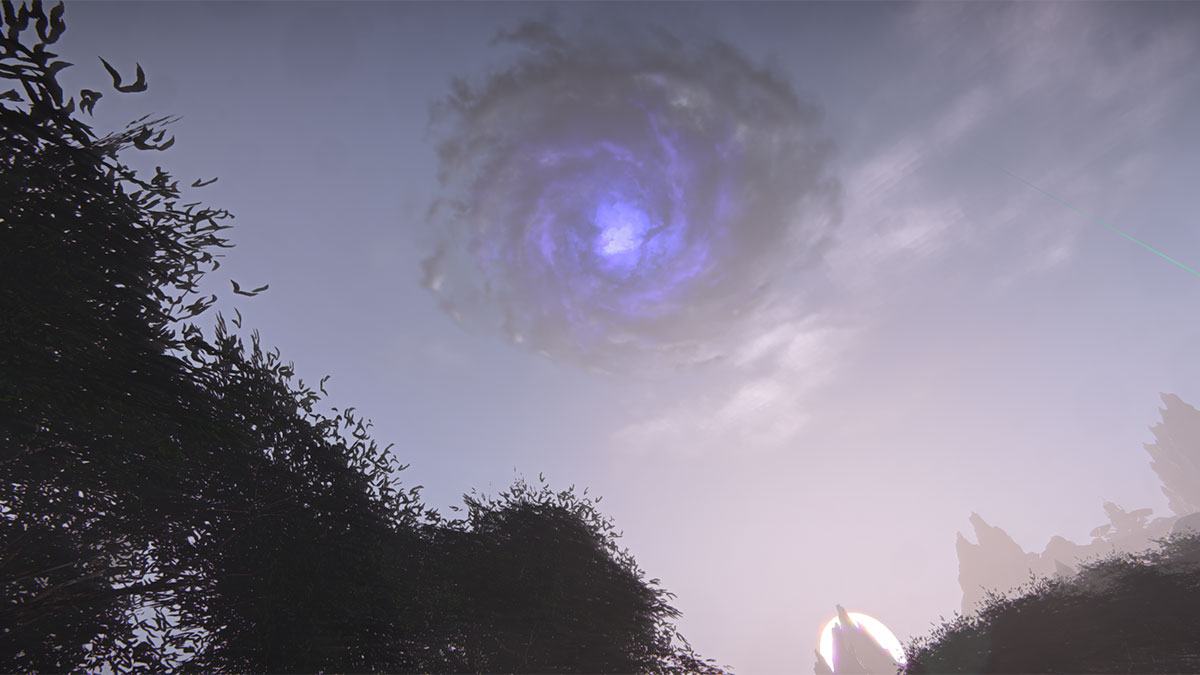 Expeditions
Length of each expedition has been cut in half.

Crafting Adjustments
Each piece of the Bastion now crafts in 6 hours, opposed to 12 prior.
Pieces of the Bastion must now be crafted in the following order.

Dev Note: The intention of these changes are to create a buffer of time where resources won't feel "wasted" if they're not going directly toward funding a Bastion. This does slow the rate at which a Bastion can be pulled for those outfits who can easily harvest resources, and we can readjust again in the future if Bastions appear too infrequently on the battlefield.

Dev Note: These changes should create a better window of survivability for vehicles aware of an incoming barrage, and allows for certain defensive slots (like Flanker Armor) to help mitigate these attacks. 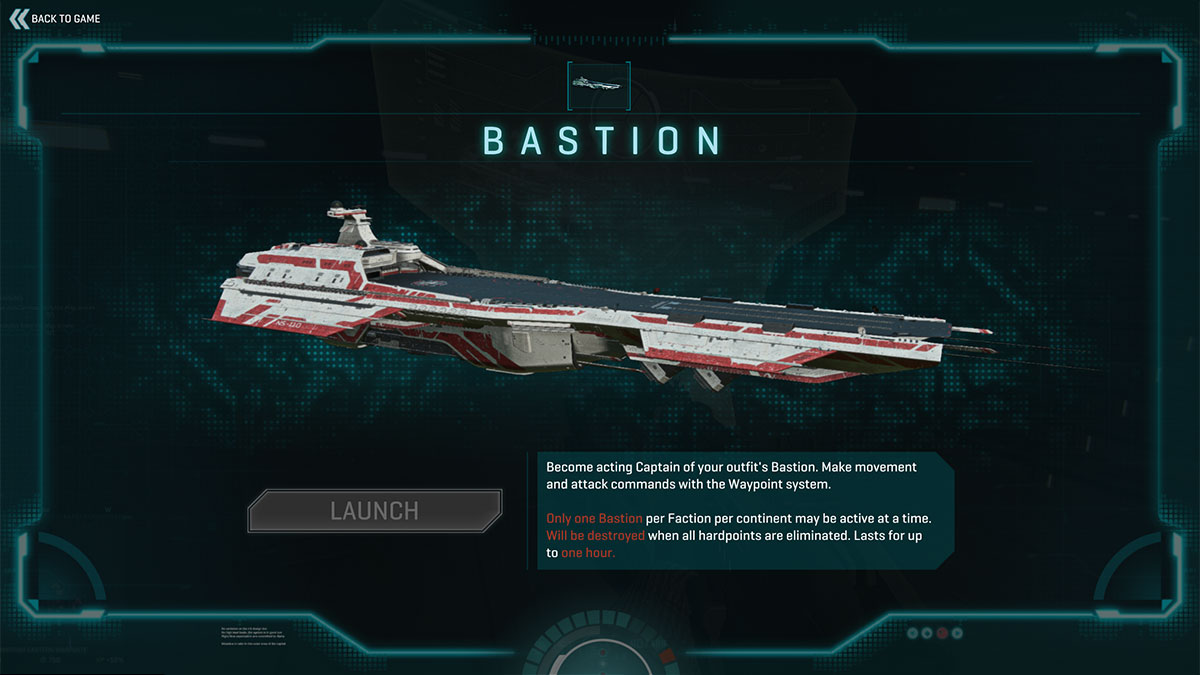 Black Market
New items have been added to the Black Market vendors. We will not be rotating the old items out of the store in this update.

Infradine (Utility Slot)
This single-use Infradine injector will allow the soldier to view heat signatures as if they were using an infrared scope. Lasts up to 20 seconds.
This consumable is restocked using A7.

NS-30 Tranquility (Common Pool Battle Rifle)
Heavy modification has reclassified this NS-30 Vandal as a "non-lethal rifle," capable of firing concussive smart-slugs that slow enemy infantry on impact. While less powerful than the original, the Tranquility boasts higher projectile velocities, and remains suppressed at all times.

Looking Forward
Last weekend (April 11) we completed the first Outfit Wars alpha cycle. The community's response to the event has been phenomenal, and our team was excitedly watching these matches unfold as well. Big shout outs to the community casters who made the event way more exciting and positive than we could have hoped for, and for all of the participants who put in the work. The team has a variety of changes we're looking to have completed before qualifiers begin for the next Outfit Wars. These changes aim to make qualifiers feel better, make match pacing feel better, and address a variety of the bugs that we noticed on stream. The next season will continue to be in what we're calling an "alpha cycle," and we want to make Outfit Wars feel like an integrated part of the experience.

We'll be kicking off Outfit Wars Alpha Cycle 2 enlistment on May 1, and plan to have the next war take place on May 16. I want to stress that that's the current plan, and we'll have a separate post detailing this finalized information (including phase lengths and new rules) later on. To circle back around, this April update focuses primarily on bug fixes, our first pass at War Asset pricing, and the introduction of a new Tactical slot that gives individual Outfit members more ways to influence the battlefield. We're planning for a livestream later this month to show off some of what's in store for the next update, so stay tuned.
-Wrel, Lead Designer