Your Ultimate Guide to our First Outfit Wars Live Event!

Gear up for off-planet travel, soldier, our first Outfit Wars finals kick off this Saturday, April 11!

Outfit Wars is a new tournament structure for competitive Outfits in PlanetSide 2 to test their mettle against the best-of-the-best on Desolation, an all-new Asteroid continent built for competitive play. Over 170 Outfits from all 5 server regions enlisted for the inaugural OW preseason cycle, and this Saturday marks your first opportunity to see the top contenders take the stage. 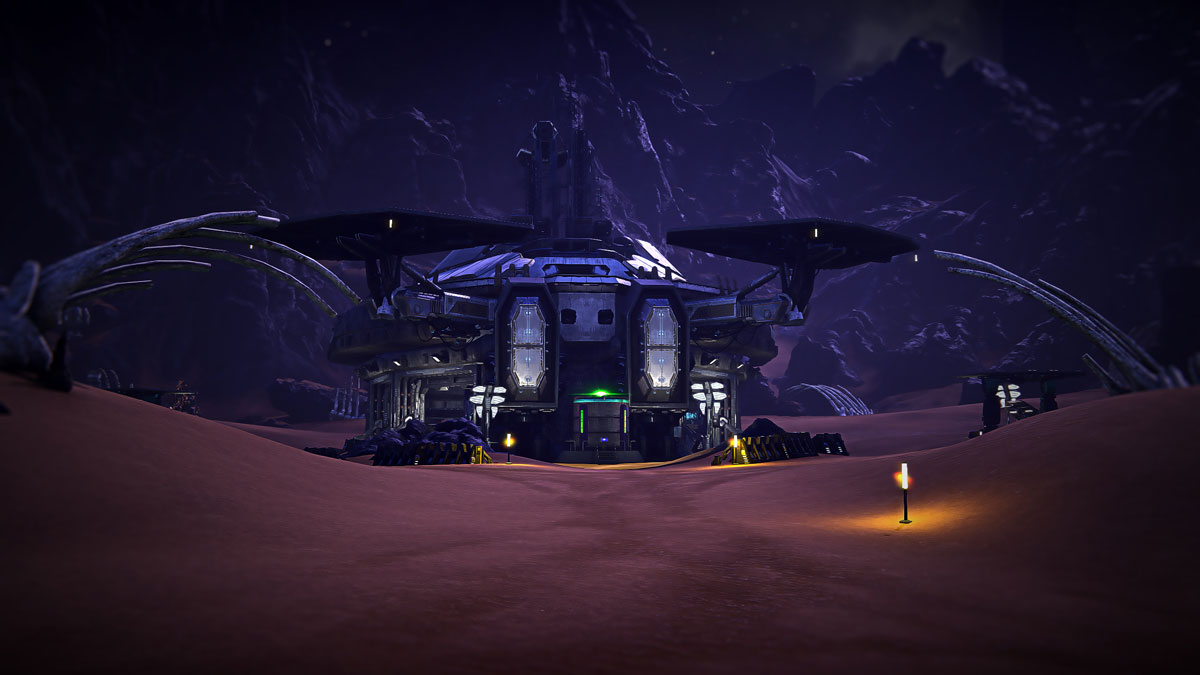 Read on for all the intel on this weekend’s finals event!

WHERE & WHEN TO WATCH

Congratulations to all 45 Outfit finalists! You outlasted stiff competition throughout qualification – only you earned the right to represent your Empire in its first expedition off-planet!

This Saturday, each server will feature 3 Outfit Wars matches (Gold, Silver, and Bronze) between the top-3 qualifying Outfits from each Empire within the region. Matches will air throughout the day on twitch.tv/planetside2, where we will host a squad of PS2 community streamers equipped with spectate tools to bring you all the action (we also list their channels below).

Here’s the full Saturday schedule* (*SolTech kicks off late Friday night/early AM for viewers in the US and EU): 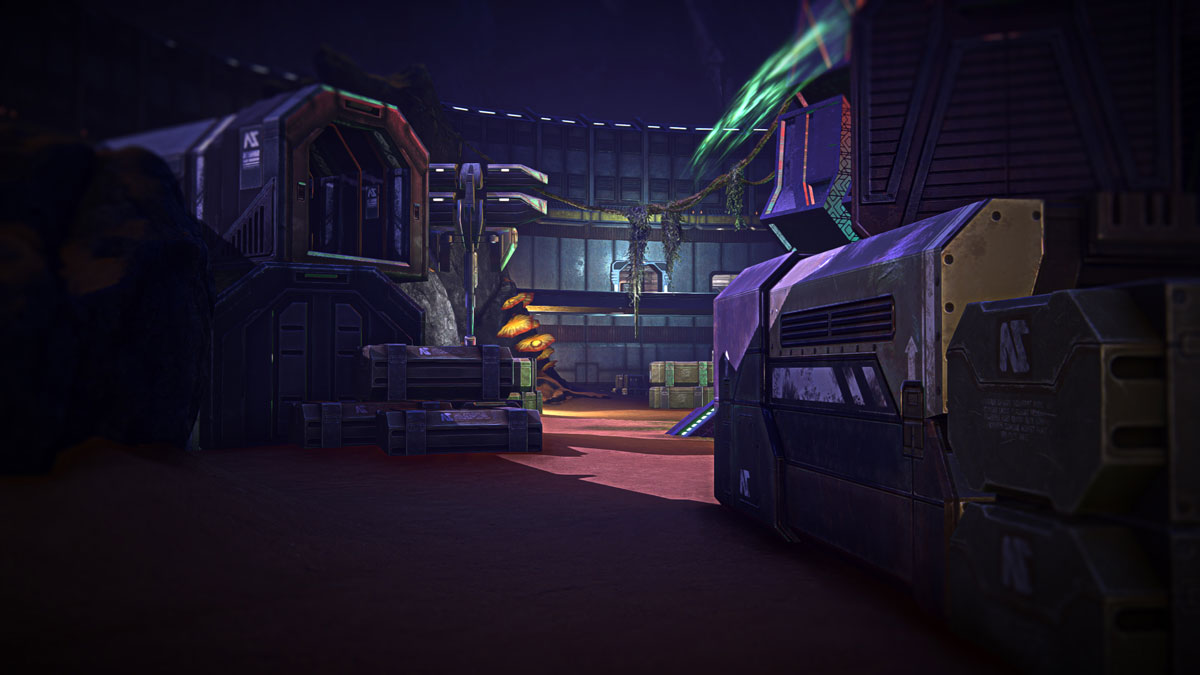 Outfit Wars matches are epic 48v48v48 player events between all three factions on Desolation, an asteroid belt harboring ancient Vanu relics located in deep space, far from the war on Auraxis. Matches will begin with a 20-minute deployment period for each Outfit to get organized beneath a protective shield near their command center. After deployment ends, a 90-minute alert will kick in to determine the fate of the match.

The objective for each Outfit is to capture and control critical territories on Desolation – Vanu obelisks – which accrue points for each second under that Outfit’s control. The only way to earn points is to capture and hold those obelisks, which will require exceptional coordination, skillful teamwork, and decisive tactics, with two other formidable Outfits warring over the same ground! The first Outfit to 500 points (or the Outfit with the highest score at the end of the alert) will have won the match on behalf of their Empire.

Participating Outfits will have their armory of War Assets available (with the exception of the Bastion Fleet Carrier), and can continue to craft Assets during the match. Each Desolation Command Center is fitted with a Cortium Silo housing 75,000 Cortium, along with pre-installed vehicle and air pads capable of spawning all standard vehicles. The Construction System can be used across all of Desolation, and Cortium nodes can be found scattered throughout. However, resources are scarce (you do not use nanites to pull vehicles, and Cortium is limited) so spend wisely! Time is your enemy, and your opponents will show no mercy if you burn through all of your resources.

Each Outfits is limited to 48 members, though if a player drops they can be replaced by someone warming the bench.

Victorious Outfits from each match (3 Outfits from each server region - 15 total) will earn a completed Bastion Fleet Carrier for their Outfit. And as a “thank you” for your platoon's hard work, the winning team members on Desolation will also be granted a special title to commemorate their valorous trials in the Alpha 1 preseason finals of Outfit Wars! 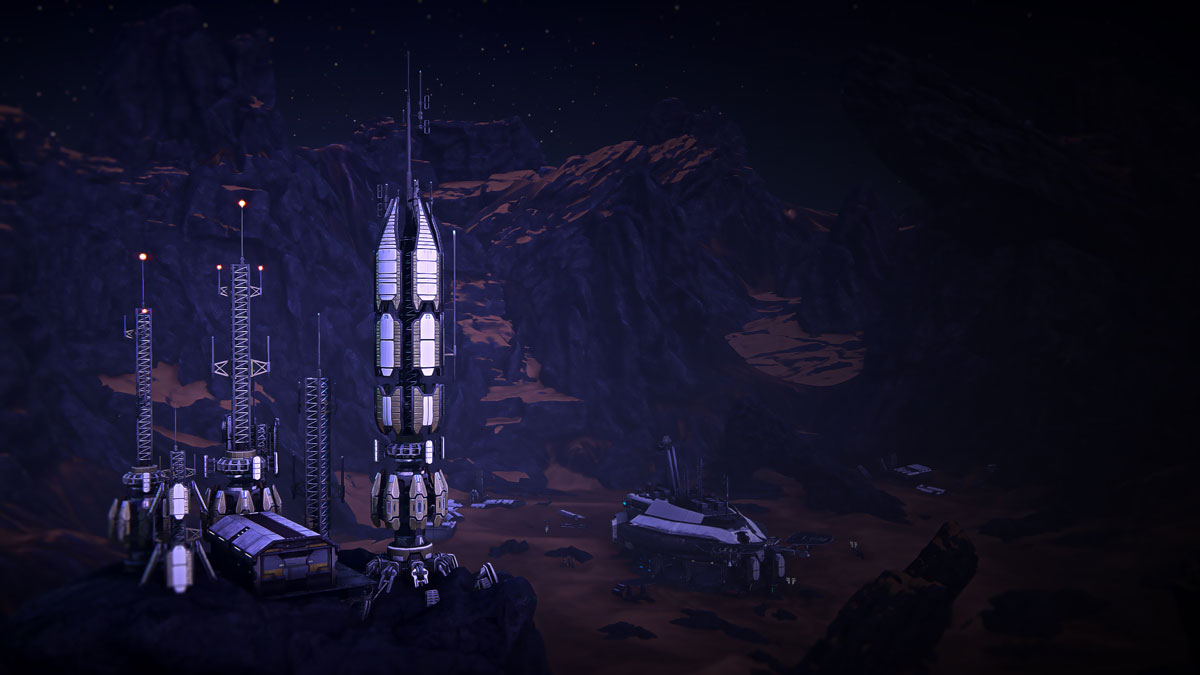 Outfit Wars has gone through extensive pre-Alpha and PTS playtesting leading up to our initial preseason finals weekend – we’re far from done tuning, balancing, and testing new changes and features for this competition, but we never would have made it this far without the thousands of community members who chipped in their time and energy to play and provide feedback. As a show of our appreciation for all your help, we’re kicking off a 2XP for ALL PC weekend starting on Friday, April 10 at 12:00 AM PDT and lasting through Sunday, April 12 at 11:59 PM PDT!

We also want to offer a special shout-out to the PS2 community streamers broadcasting Outfit Wars matches throughout the day. Under different circumstances, we would have loved to broadcast from our own studio, but they’ve helpfully picked up the torch (as our community always does) to make sure you don’t miss a second of coverage. We’ll be hosting their broadcasts all day at twitch.tv/planetside2, or you can check them out at any of the channels below:

*our friends at PSB are graciously hosting Chinese and Russian broadcasts from SowinLeonWu, KAVILOR and Dobryak

Follow their LIVE broadcasts on Saturday and you may even have an opportunity to win special giveaways!

Streamers and content creators competing in Outfit Wars have permission to stream or record their gameplay, however be aware that you may be giving away your position to the enemy!

Eager to see who earns the most glory on behalf of their Empire, soldier? Check out our coverage at twitch.tv/planetside2, or follow us on Twitter or Facebook! 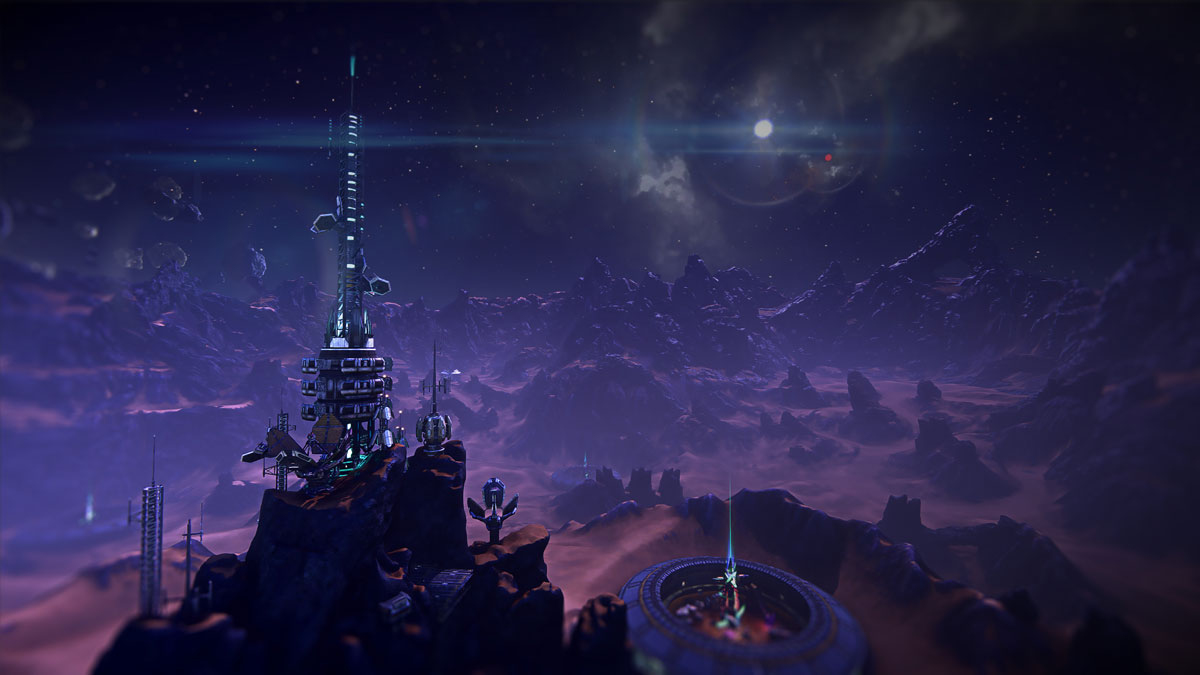