Merry Auraximas! Celebrate the Holidays with 4 weeks of Festive Deals. 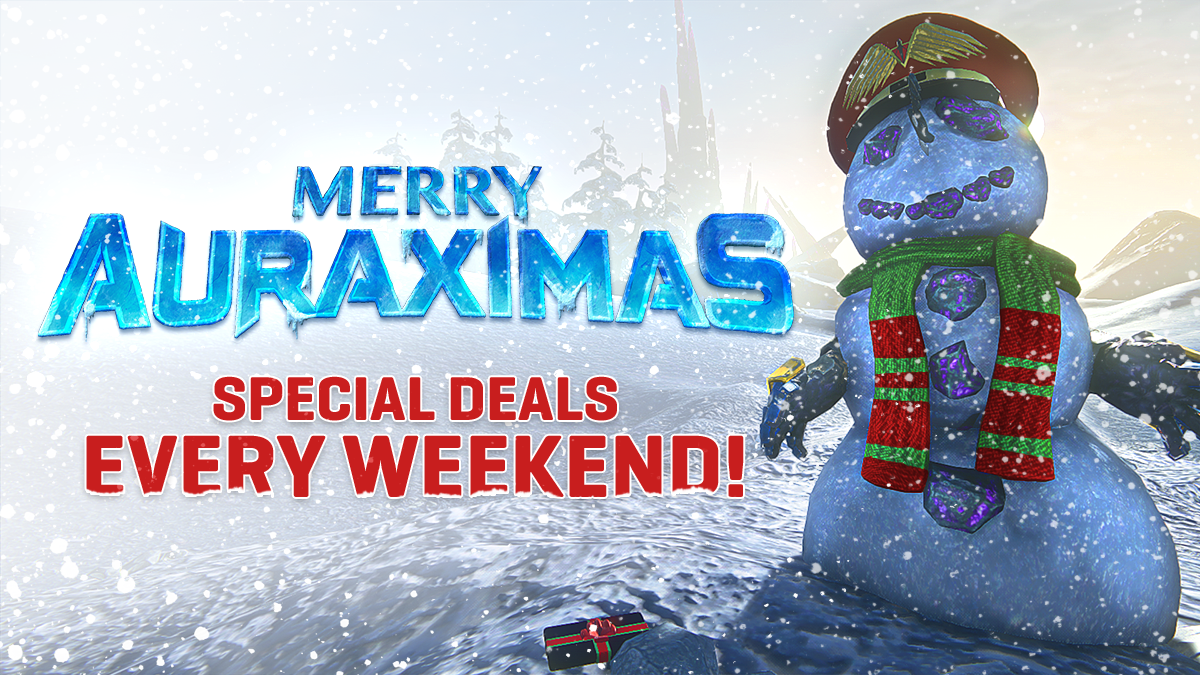 Layer up and bunker down, soldiers, that icy chill you feel creeping through your battle armor can only mean one thing: Auraximas deals are headed back to the Depot!

This holiday season, we’re offering Auraximas deals every weekend throughout December. Premium offerings like Anniversary Bundles, Re-enlistment Bundles, Resurgence Bundles, the Mercenary Bundle, and more will be discounted for limited-time windows so you can get all your shopping done at the Depot. Check out the full calendar below to preview everything coming your way...starting this weekend!

20% off the following Anniversary Bundles:

20% off the following Re-enlistment Bundles:

20% off the following Anniversary Bundles:

20% off the following Bundles:

Along with a veritable cornucopia of merry deals, this year's Auraximas update will also feature a new directive, holiday toys, and more goodies for your stocking. There may even be a Snowman hunt on the horizon...keep your eyes on our official Twitter and Facebook accounts for every announcement.

Don't miss out on the perfect holiday deal, soldiers. And from all of us here at Rogue Planet Games, have a very Merry Auraximas!