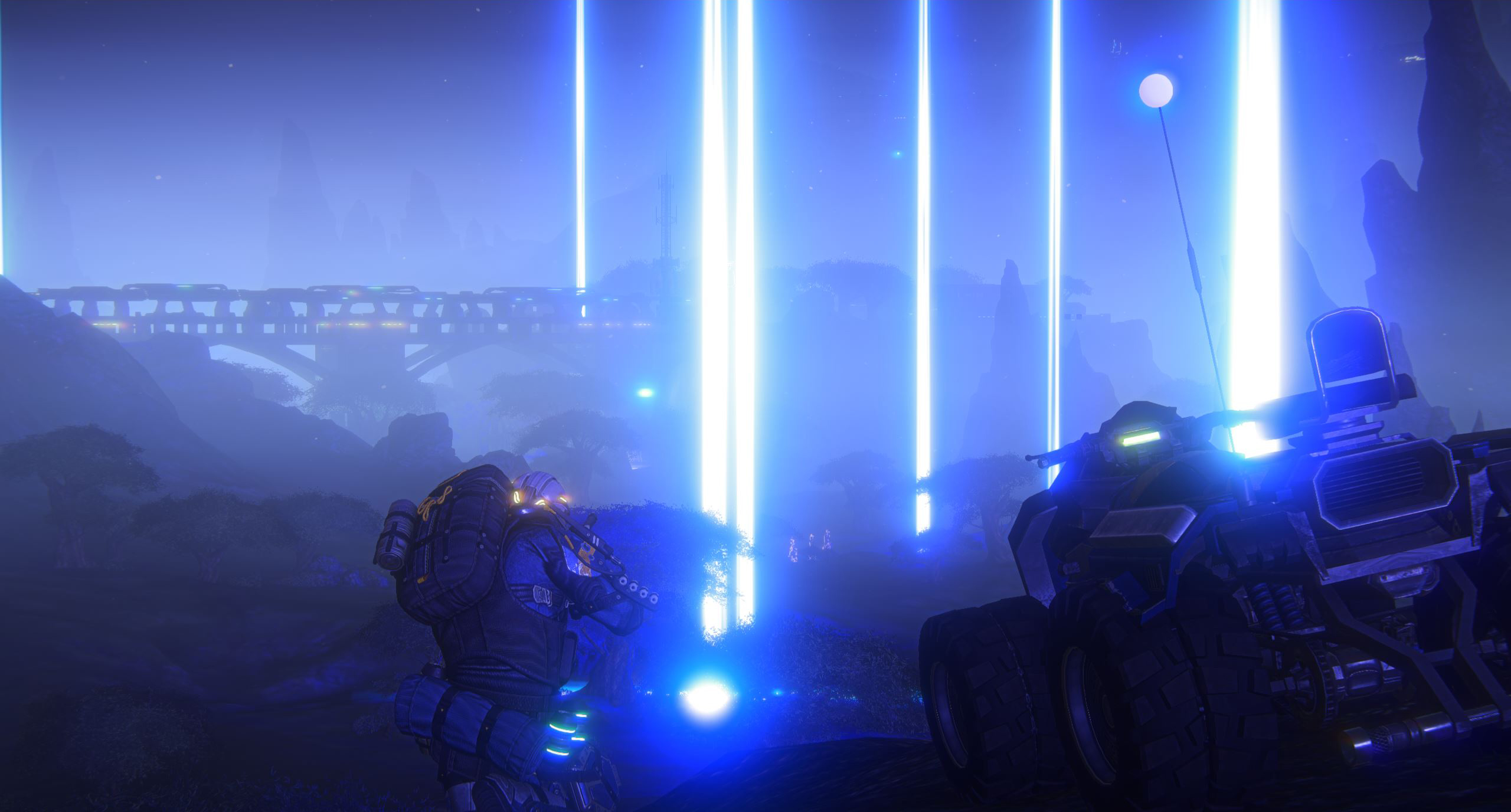 In an effort to foster more impactful fights over continents, and create a stronger sense of accomplishment when conquering one, the Critical Mass update later this month brings with it some major revisions to how continent locking works. Most of the inbound changes center around the Victory Point system, which has been revisited to create more straightforward and achievable goals while emphasizing the strategic importance of territory control.

Previously, the VP system acted as a sort of checklist where factions would complete various objectives which then rewarded points to that faction. Earning these points was somewhat removed from the moment to moment experience, and would often reward factions for what they’ve done in the past, instead of painting a picture of the current state of a continent. This was especially noticeable toward the end of the process, where continents would lock abruptly, often interrupting high-intensity battles in a dissatisfying or anticlimactic way.

With this month’s update, we intend to bring back a stronger sense of connection between your actions as a player (or squad of players) and how those actions impact your win or loss of a continent. Here’s how.

First, random alerts have been removed (at least for the time being). We like the focused nature of alerts and the fights they generate, but victories (or losses) didn’t feel punctuated or meaningful. We’ll talk more about alerts further down.

Second, most of the checklist goals from the old Victory Point system have been removed. Some of these objectives detracted from the overall continent flow, and added an unnecessary layer of complexity to continent locking. In the new system, factions will still require points to win over a continent, but these points are now gained solely from controlling territory or from refining cortium, and you will need to do both in order to reach the maximum points threshold for that continent. Eight points are gained through territory control, two points are gained through cortium refinement, and each continent now has a ten point cap.

Third, reaching the ten point maximum will no longer automatically lock a continent. Instead, when a faction reaches ten points, we trigger what we refer to internally as a Meltdown Alert. This alert requires the initiating faction to defend territory for the duration of the alert. If that faction can defend enough of their territory, their victory will then lock the continent. If that faction cannot defend enough territory, that faction will lose the points earned through cortium refinement and need to once again regain them - as well as the territory lost during the alert – before getting another shot at locking the continent. This setback gives the other two factions time to catch up.

Finally, the Meltdown Alert will also offer more interesting rewards in a couple of different forms. All players will receive an amount of ISO-4 (the implant progression currency) for participating in an alert. This reward scales with how much time you’ve spent in the alert (with the most ISO-4 gained when you’ve participated for the full hour) and whether or not your faction is victorious.

Factions that initiate the Meltdown Alert and are victorious (thereby locking the continent) will receive an item reward on top of their ISO-4. This reward ranges from consumables, to weapons, to cosmetics, and will always give you an item you don’t already own, provided it’s not a consumable. You may even find equipment drops that you cannot purchase directly out of the depot.

Similar to the ISO-4 scaling based on time spent, this item drop is given only to players who have participated for the majority of the alert. We want to discourage players from swapping from their faction to the “winning” faction as much as possible, and this is a behavior we’ll be looking very closely for when the system goes live.


This system will soon be on the public test server, and we look forward to any feedback you can offer both now and after it goes live to PC and PS4 later this month. Feedback can be shared on Twitter (www.twitter.com/planetside2), Reddit (www.reddit.com/r/Planetside for PC and www.reddit.com/r/PS4Planetside2 for PS4), and the official forums at https://forums.daybreakgames.com/ps2.

If you missed the livestream revealing this update, watch the replay now!