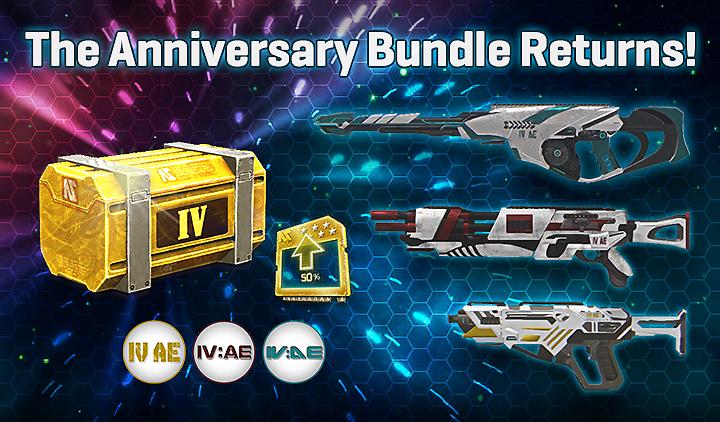 Well, Auraxians. You’ve been fighting a brave fight for four years now. We’re impressed by your dedication to your empire, your fortitude on the battle field, and your willingness to always answer the call of duty.

To celebrate this auspicious occasion, Fourth Anniversary Bundles have arrived in the Depot and we've turned on double experience between now and November 27th!

*The 6-Month Heroic Boost in this bundle can only be used on the character who purchased the bundle. The other items are account-wide.

Join us on Twitter as we celebrate the 4th Anniversary of PlanetSide 2. Use hashtags #PS2 and #4thAnniversary to join the conversation.