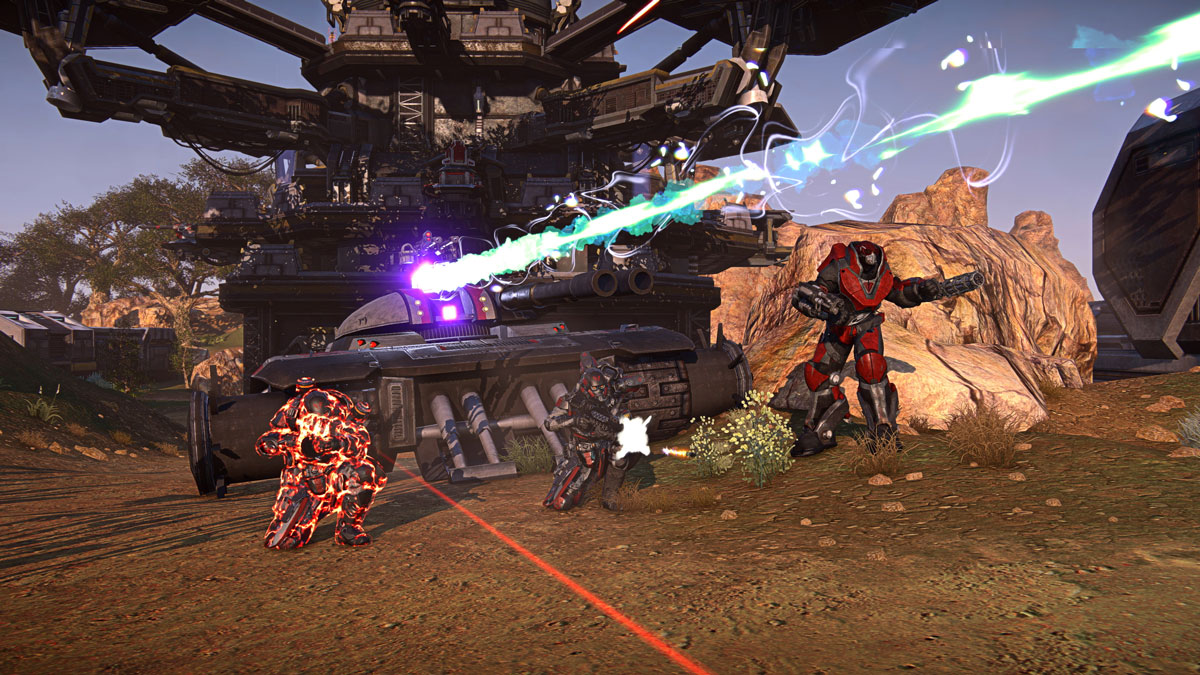 The Public Test Server (PTS) will be taken offline on Friday, February 14 at 3:00 PM PST (11:00 PM GMT) to bring you the newest Escalation Test update.

Thank you everyone for helping us test the upcoming Escalation game update on PTS! We're continuing to gather community feedback, make improvements and fixes, and add additional polish to each major feature, which should be reflected in the large update we're pushing today to the the Test Server. Today's patch should have most of the major structures in place, including an accelerated Outfit Wars loop that will allow players to freely participate in tournaments on PTS.

Read on for full patch notes:

Outfit Wars is now available for public testing! As shown on our recent livestreams, Outfits will be able to participate in a special competitive event that pits top-scoring Outfits against one another (read here for an Outfit Wars breakdown). On the Public Test Server, players will need to create new Outfits (or join ones that already exist there) in order to participate. Only Outfit members that qualify and place in the brackets will be eligible to join the War.

Outfit Wars matches have now been enabled on a recurring schedule. There will be two Outfit Wars that take place each day (EU and NA primetime), starting tomorrow, Saturday February 15, and running through Tuesday, February 18. They will follow the schedule below:

Outfit Wars Scoring has been adjusted as well.

RESOURCE GAIN IN THE WORLD