Strategy. Survival. And Someone To Help You Along the Way. At Sony Online Entertainment, our game communities are filled with players who have a strong desire to help others succeed in these virtual worlds. In this edition of the SOE Player Spotlight, we highlight one such player. Please meet Wrel from PlanetSide 2; he enjoys creating all types of videos, including updated versions of the tutorial videos. 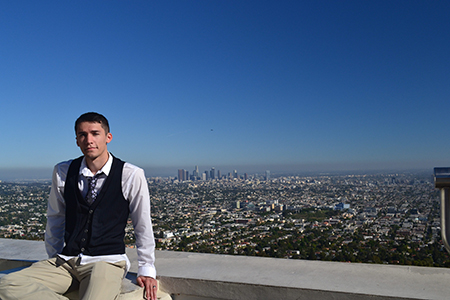 You have a reputation of helping out new players. Are you just a really nice guy, or is there a story behind your acts of kindness?

Well, kindness is a constant practice, and I'm as human as anyone else. But being helpful? Helpful is done in many ways by many people; I just happen to have the loudest platform. You have groups like the PS2 Mentor subreddit (www.reddit.com/r/ps2mentor) who are dedicated to helping new players, you have outfits like Angels of Death (www.clanaod.net) who constantly pull in new players and make sure they're having a good time, and streamers like ItzMurda (www.twitch.tv/itzmurda_tv) who are always around to answer questions and offer guidance.

Why we do it comes down to a simple question: "Do you want to help the game be successful?" If the answer is "Yes," then you'll put in the work to make that happen. It can be something that you actively need to set aside time for, like making a new player walkthrough -- or it can be an easy change in your day to day. For example: The next time you get a rage tell from someone who thinks you're hacking because they were hiding in a bush when you killed them... you can either call them a noob, scrub, tell them to “get gud,” or whatever... or you can tell them that they had a spotting triangle above their head, and that's what tipped you off. Same amount of time, possibly different results. Maybe, maybe not.

But that's why we do it.

We want to "help" the game be successful. We don't want to "watch" or "hope" or "sit around and wait for" the game to be successful, because there are no results without action.

Is there a particular type of video you like creating best?

There's a series I do called "Thoughts on Better Gaming" that doesn't necessarily pertain to PlanetSide 2, but it's all about exploring how gaming and life interact with one another. The series can get a bit preachy at times, but it's the opportunity for me to share personal experiences while using gaming, this medium we all know and love, as a catalyst for change. That "change" could be to get us to think a bit more about how our actions impact the people we play with, or maybe that change is teaching us to identify traps in game design or marketing that might push us toward making bad decisions, or maybe the change is just how we can make a conscious effort to become better gamers. All sorts of stuff.

Why I enjoy it though, is because it forces us to think about what's going on beyond the mouse, keyboard, and controller.

Out of all of the videos you've created over the last 2 years, which one is your favorite?

It was a “Thoughts on Better Gaming” video, really cringe-worthy to listen to now-a-days, but it's funny to see how far things have come. The video was "The Importance of being Humble," and it wasn't actually a PlanetSide 2 video. The footage was from Defiance, and we were talking about Ego, and I think I'm clever sometimes. The best part is just that it was an early video, and I was sharing some very silly things that I did as a teenager, things I think a lot of us can relate to, but don't normally put into words.

When you are in creative mode, what inspires you?

Sometimes, it's a serendipitous branch from what I'm currently working on. When I did "All to Dust," just a fun little music montage, I had gotten my hands on the observer cam for the very first time and had been recording footage for the New Player Walkthrough. There was a lot of amusing footage from Indar, so the idea to do a desert themed video from that kind of sprung up. That's often how it goes, one thing leads to another.

Drifter Jump Jets, Flash Suppressors, Shotguns, and Smoke Grenades. I'm kidding (but seriously). It'd probably have to be that... I can immediately change my play style and have a whole different game on my hands. Even as a primarily infantry player, I can decide to ditch the Heavy Assault and go Stalker Infiltrator for a completely different and often times more entertaining experience. I can spawn Wraith Flash ATVs repeatedly, and suicide over and over and over into groups of enemies, trying to rack up as many road kills as I can. I can jump in an ESF and fly it into the side of a mountain. There is just so much that you can do in this game that, if you ever find yourself getting burnt out, you can immediately change up how the game is played.

PlanetSide 2 just celebrated its second anniversary on November 20th. How has the game impacted your life?

When I initially started getting into YouTube as a profession, Mass Effect 3 Multiplayer was what I was playing most of the time, so that's what I started doing videos on. Tutorials and strategy and what-not... but as I dug into the scene a bit more, I noticed that it was really overdone. There was already a good deal of helpful ME3 Multiplayer videos out there by channels with much more experience, so there wasn't a whole lot I had left to contribute. I had to sit down and think about what I needed in a game, to really give the YouTube thing a solid attempt. I needed a game that I enjoyed, first and foremost, a game that had a long development cycle planned and one where there was enough going on that I wouldn't ever run out of things to talk about. For me, that was PlanetSide 2. I got into it about a week after it came out of beta, back in November 2012. Since then, I've had the opportunity to interact with members of the Development Team, and a lot of the players - both members and non, to hear each of their perspectives on a game we all really care about. That's a really cool thing, and I'm glad that there is such a great community here worth being a part of. We hope you enjoyed getting to know Wrel and had a chance to check out some of his videos.

Has Wrel inspired you to check out PlanetSide 2? This revolutionary massive scale first-person shooter is completely free-to-play and there are people like Wrel waiting to help you on your journey. Find out more and download the game now on the Official PlanetSide 2 website.

Previous
Don't Miss Out. Sign Up for E-mails Now!
Next
Will PS2 Break a GUINNESS WORLD RECORDS Record This Weekend?