PlanetSide 2 Teams Up with TotalBiscuit for E3

SOE is excited to partner with TotalBiscuit in providing the best possible commentary for the next great MMOFPS. If you missed his livecast with Matt Higby on Thursday, you missed more than an hour of amazing video and discussion. Check it out! TotalBiscuit will also be joining us live next week during E3 from the show floor, where you’ll have the opportunity to watch massive combat as it unfolds.

John Bain (TotalBiscuit) helps run cynicalbrit.com. In his own words, the Cynicial Brit is a shoutcast, podcast, video, and audio-blogging hub, and he is an opinionated loudmouth who treats arguing like full-scale warfare, which makes him a perfect match for PlanetSide 2.

What are you most excited about with PlanetSide2?

The scale. No game has managed to pull off something that huge yet. Previous FPS titles have ranged from small deathmatches to reasonably sized skirmishes, but when it comes to entire armies clashing, nobody has really managed to pull that off. The fact that it's a futuristic, tri-faction battle makes things all the more interesting. 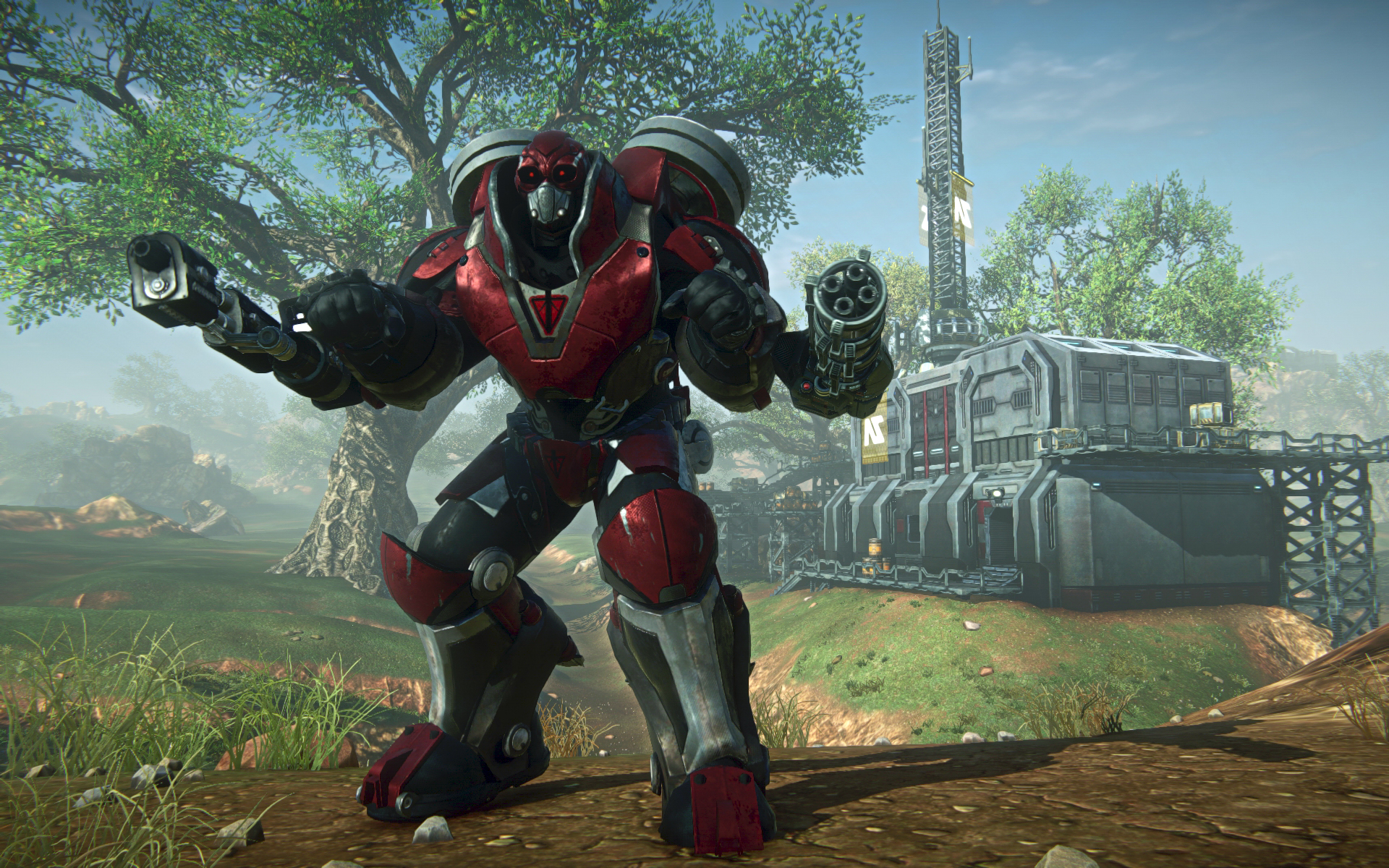 I'm Terran Republic at heart so it's got to be the Prowler. It's the biggest, meanest tank on the battlefield with a huge double-barreled cannon as its main armament.

You’ve mentioned that PlanetSide grabbed you more than any other MMO. What made it so different?

Every other MMO I've played has always had to sacrifice something to realize the "massively" part of "MMO." Not only that but it seems like in the last few MMOs aren't massive at all. I mean sure you're playing on the same server but interaction with large groups beyond 10 or 25 players is more often than not limited to chatting, trading and passing them by while questing. I got into MMOs for massive-scale versus and cooperative gameplay that traditional multiplayer titles couldn't offer. Planetside 2 seems to offer a fully fledged combined arms FPS experience without sacrificing what makes multiplayer FPS games fun in the first place and also delivers the "massively multiplayer" experience thanks to the number of players that can be involved in any given battle.

Would you care to shout out to any of your old Outfits?

My Terran Republic brethren over in INI Elite deserve a shoutout for terrorizing Werner with their highly organized operations. I'd also like to give a shoutout to The Halibuts of Emerald. Fear the Fish Gentlemen.

What was your favorite “term” in PlanetSide 1?

Flashlight, aka the Vanu Beamer pistol. Known by that nickname because it was about as dangerous as one.

What was the funniest/weirdest way to kill someone in PlanetSide 1?

Can I say Beamer again? Probably not, the Vanu would get upset. I was rather partial to using harasser buggies as make-shift bombs. They were surprisingly effective at flattening enemy troops if dropped from a Galaxy at a great height.

What’s the significance of the name TotalBiscuit?

It's a one-off reference from one of my favorite authors Terry Pratchett in his novel Carpe Jugulum. Go pick up a copy,

When and how did you get into playing the first Planetside?

I started playing Planetside in 2003. It was a simple case of seeing an ad promising "hundreds of players in a first person shooter" that got me interested. To be honest, who wouldn't be intrigued by that?

What was your fondest memory of the first Planetside?

My very first deployment. I took the HART shuttle and dropped by pod into the middle of a big engagement. I had precisely no idea what was going on, there was a war waging around me so I ran around in a panic for a few minutes before getting run down by a passing tank. That's Planetside in a nutshell, you're just a very small fish in a really large, dangerous pond. 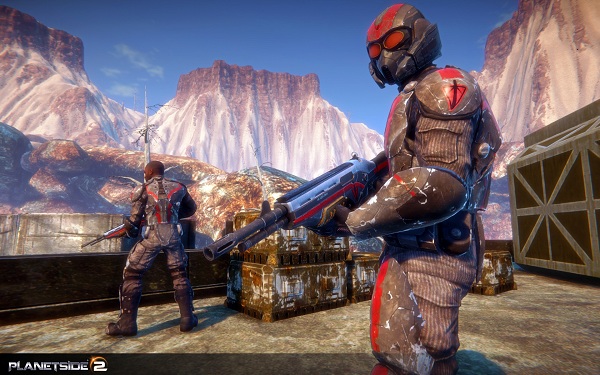 Are you New Conglomerate, Terran Republic or Vanu Sovereignty? And why is that empire better than the rest?

Terran Republic all the way! Terran Republic are the only ones trying to keep any order around here. The New Conglomerate are running around whining about freedom and rights and the Vanu Sovereignty are obsessed with alien technology and clearly can't be trusted. We have the biggest guns that fire the most bullets per second and since sharing is caring, we put more guns and more seats on our vehicles than any other faction. If you're one of those hippy types or an anti-social alien-loving scumbag, feel free to go elsewhere but if you like to party, pick Terran Republic.

Any advice for “noobs” coming to play Planetside 2 for the first time?

Prepare to die. You are one soldier, you are not Superman. You will get killed, a lot. Learn to play well with others pretty quick otherwise you're going to be seeing the inside of a spawning tube more than you'd like. There's nothing quite like a well coordinated assault with your outfit mates.

The Terran Republic's Mini-chaingun, though calling it "mini" is a stretch. It's a massive rotary cannon that can spit out more rounds per minute than any other weapon in the game.

I was always a fan of Amerish. Plenty of nice open green fields to do battle in as well as forest cover to avoid passing Reaver patrols.