The Chimera will be dispatched to provide a heavily armored ground combat platform for the Nanite Systems Operatives faction when the NSOverhaul releases. 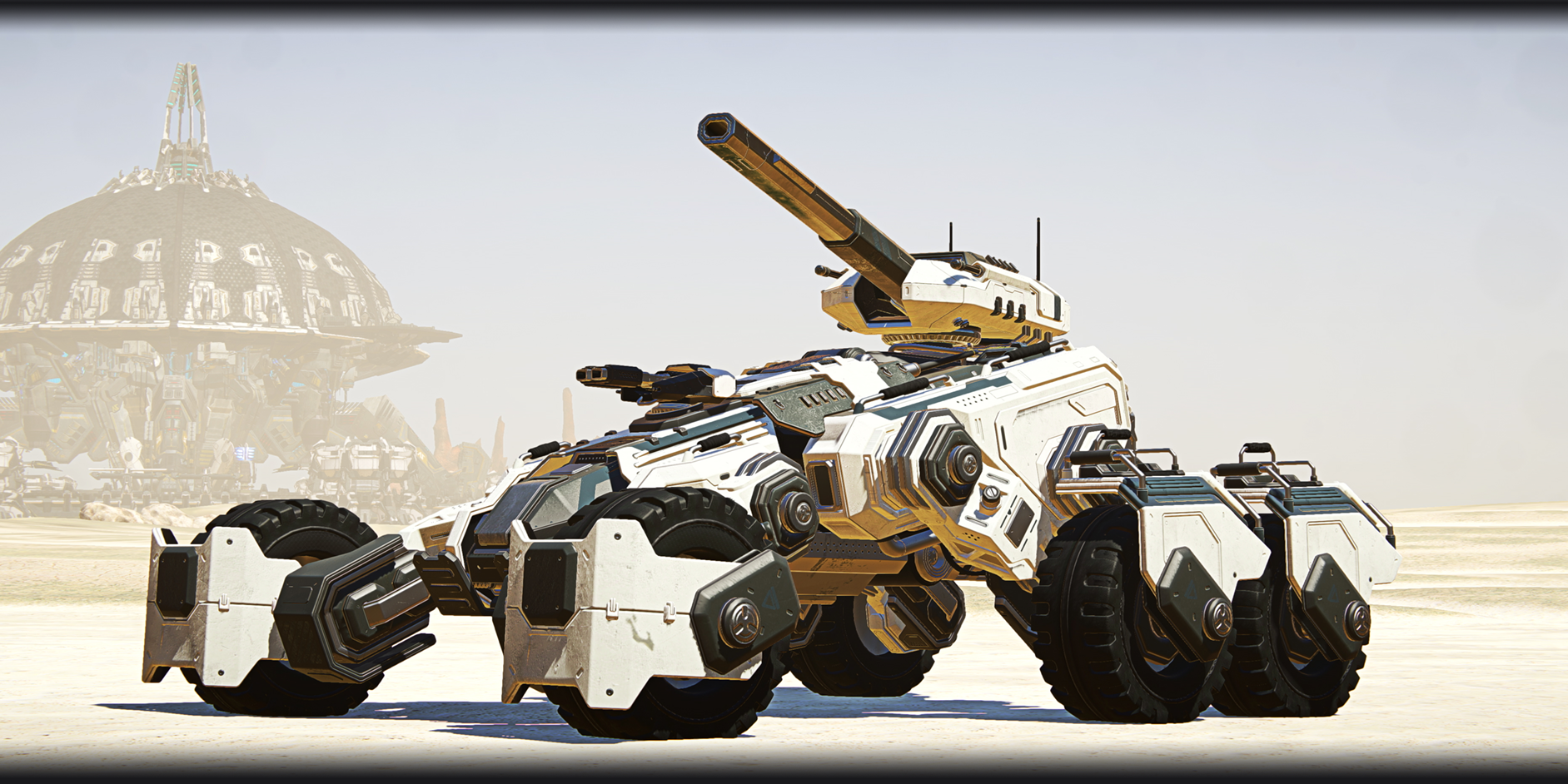 A pilot-operated main cannon and forward-mounted secondary turret are complemented by four rumble seat passengers. The Chimera operates as a main battle tank and troop transport hybrid that functions best when all seats are filled, similar to the Colossus Heavy Tank. 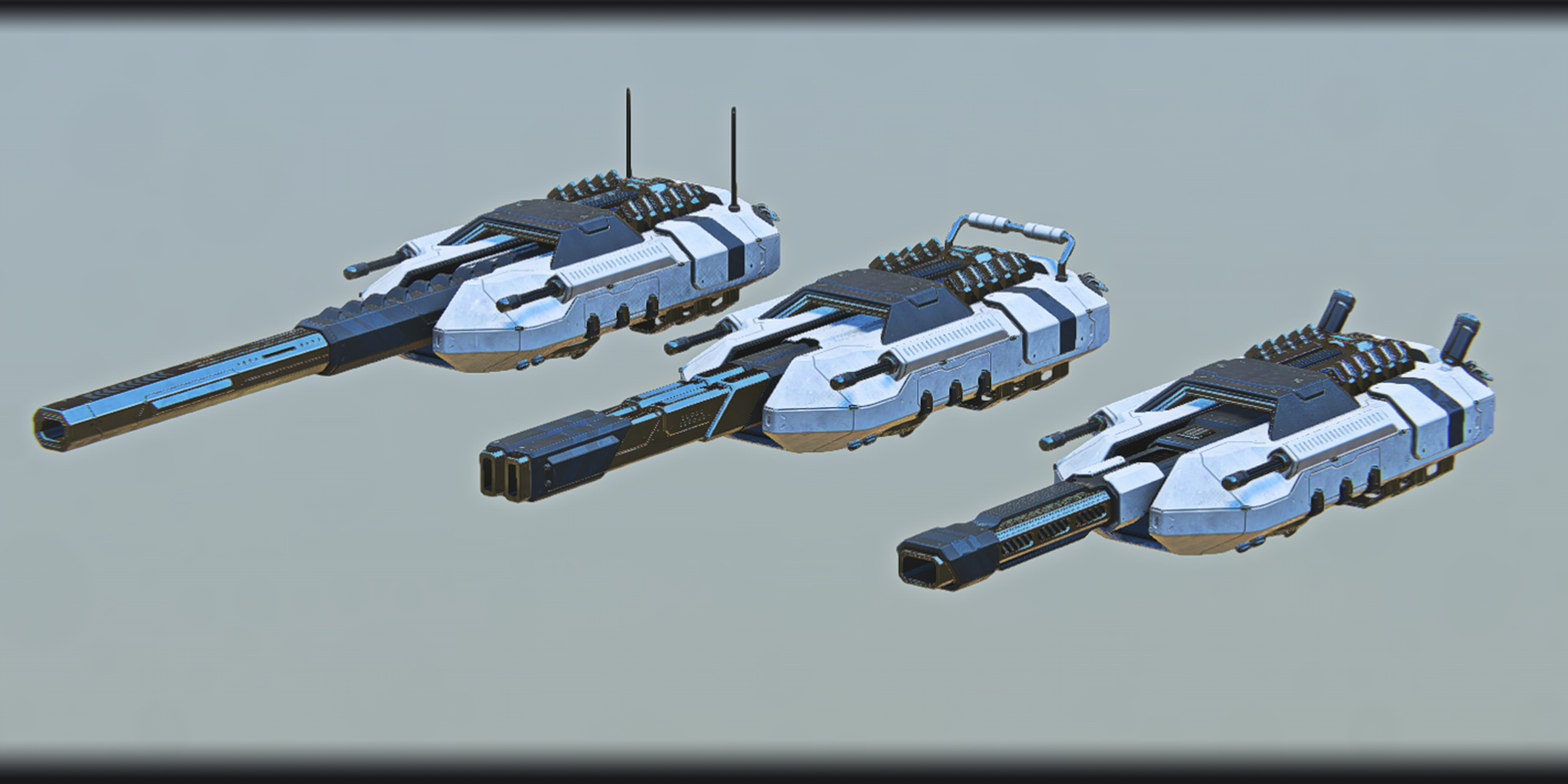 Both the main cannon and forward-mounted turret will have three weapon options available upon release.

The standard-issue main cannon is the CT-135, a balanced weapons platform with versatility in anti-infantry and anti-vehicle roles. The CT-150 Cyclops fires a high-velocity sabot payload designed to penetrate heavily armored targets at cost to explosive yield. The CT-102 Satyr uses a twin-barrel design capable of firing six times before reloading, it's like a more grown-up version of the Lightning's C-75 Viper.

Forward turrets are mounted just beneath and ahead of the main cannon, and is operated by a secondary gunner. The default turret is the CT2-20 HCG, a heavy chaingun firing photonically propelled tungsten slugs that are capable of defending against an array of targets. For anti-air purposes, the Chimera can mount the CT2-8M Siren, which fires micro-missiles with a smart, proximity-tracking system that prioritizes enemy aircraft. Lastly, the CT2-XP is an experimental particle projection weapon that fires a dense photon blast capable of shredding heavy armor.

The four outward-facing rumble seats located toward the back of the vehicle allows for additional fire support from allied soldiers as they are ferried from base to base. 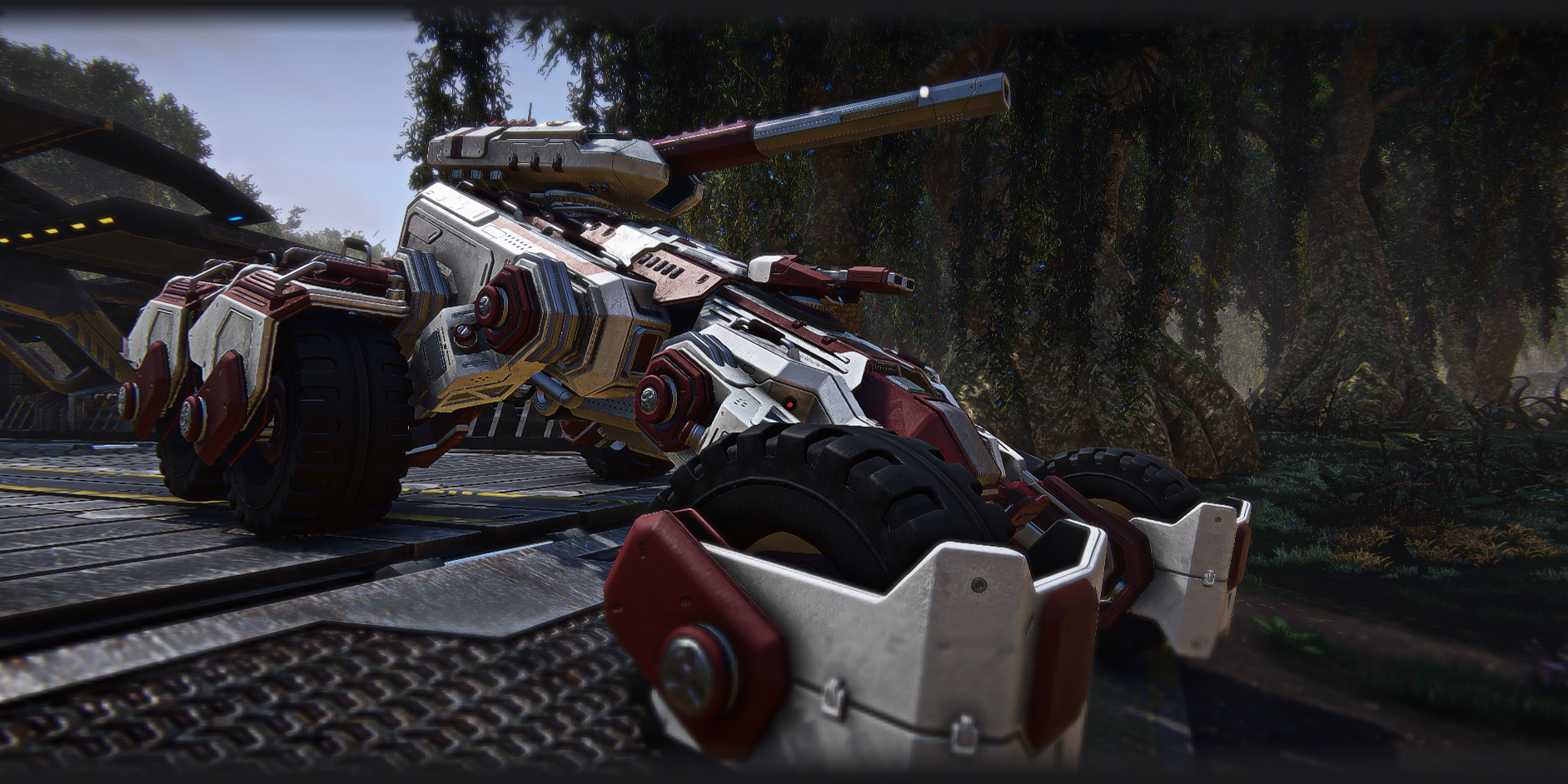 The 6-wheeled Chimera uses an independent suspension system unlike any vehicle before it. The forward half of the vehicle can swivel left and right to provide enhanced maneuvering, and the independent suspension allows for easy off-road navigation. Unlike vehicles with lower clearance, the Chimera's chassis was designed to overcome obstacles with ease, and is at comparatively low risk of tipping over as the vehicle crawls along the battlefield. Its speed is similar to main battle tanks of other empires, and while its overall agility may be higher than a Vanguard or Prowler, it is incapable of turning while completely stationary.

We'd love to hear your thoughts about this news update! [ Comment Here ]