Welcome to our Developer Spotlight. Today’s spotlight is on Homero Sanchez, Senior Sound Designer at Rogue Planet Games. Learn how Homero got started as a leading sound designer in the games industry and how he landed the role of Senior Sound Designer at Rogue Planet Games. Homero also gives us a behind-the-scenes look at designing some of the unique audio coming with the NSO update for PlanetSide 2! 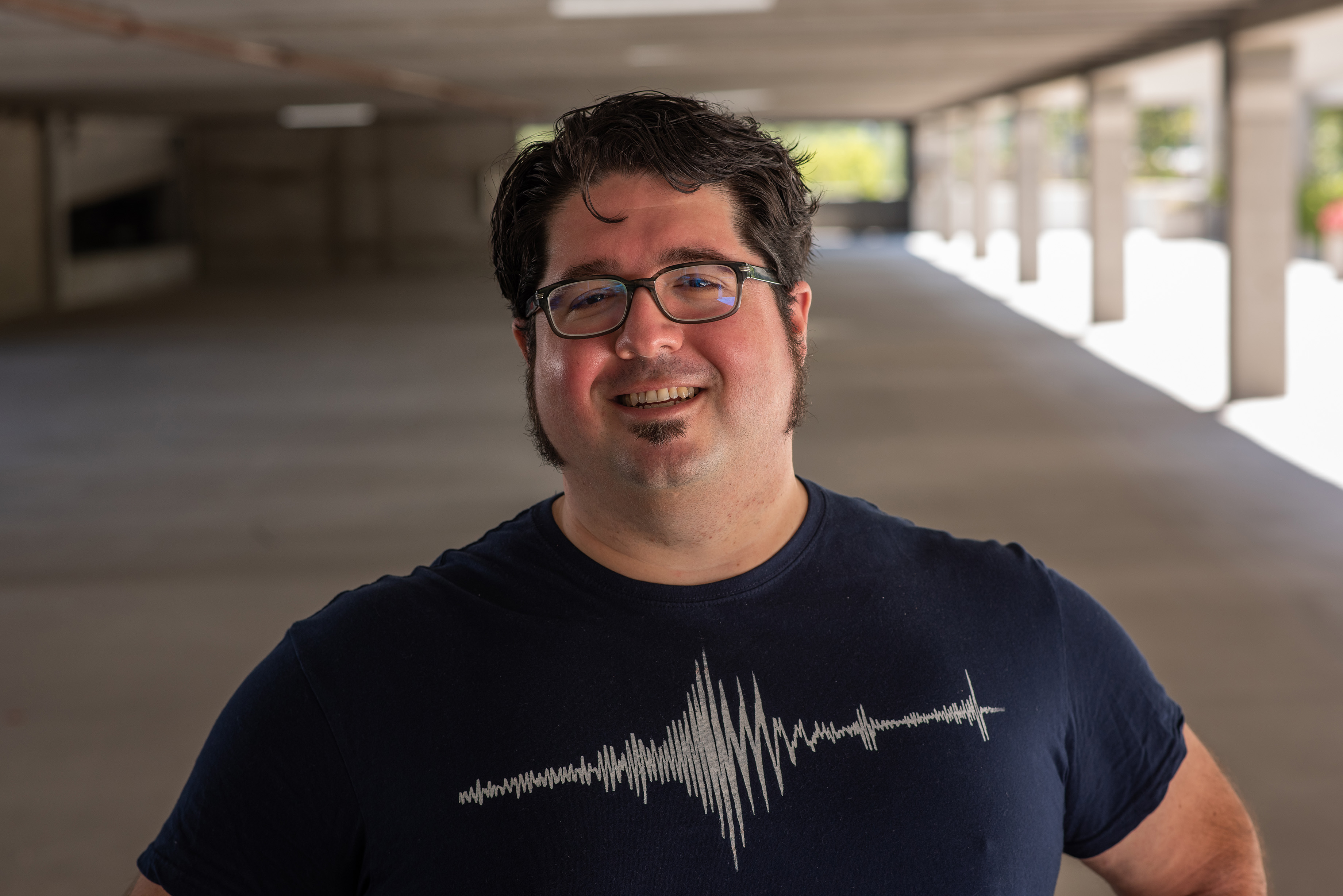 Hi Homero! How did you become a professional sound designer in the games industry? Can you share with us your humble beginnings in sound design?

My career as a sound designer had a very serendipitous start. Even though I wanted to work in game development since I first played on my ATARI 2600, I never specifically planned to become a sound designer.

My first game dev gig was as a paid cinematics scripting intern for a movie tie-in game called Shark Tale. Mostly I was plugging in data for pre-rendered cutscenes and calling the correct audio track for localization, as well as setting up the subtitle timings and pushing the correct subtitle text for all the different languages. As the game was nearing completion, I noticed the sole sound designer on the project burning the midnight oil before the game shipped; since this was a movie tie-in, it had a hard deadline. I had experience working with audio from doing documentary and multimedia in college and asked him if I could help at all. He was very happy for the help, and I got to extend my internship for an extra month.

When my internship was over, I went back to working for a catering company while looking for more game dev jobs. Six months later I got a call from that sound designer I helped out asking if I would be interested in a paid sound design internship and this allowed me to jump into my career.

I worked on another movie tie-in game called Over the Hedge. Over that time, I learned a bunch and grew to appreciate and love sound design and interactive audio even more, as well as the technical aspects of making things work/fit in a game, especially on consoles. After about a year in that paid internship, I continued to get contract work as a sound designer for various companies and I worked on some fun titles including console ports of Dragon Age:Origins, The Sims 3, and The Incredible Hulk.

I started on contract at Sony Online Entertainment to help launch DC Universe Online and eventually got hired on full-time, working extensively on DCUO and contributing to other SOE titles. In 2017, I joined Daybreak in San Diego to work on H1Z1, as well as PlanetSide 2 and other titles. By late 2019, I began to focus exclusively on PlanetSide 2 in preparation for the Escalation update, and here we are...

What were some of the first sounds you worked on in PlanetSide 2?

The first sounds I worked on for PlanetSide 2 were reload sounds for various guns, but there was a lot of behind-the-scenes work as well. This work included breaking up sounds into parts so that a “sound event” can be interrupted properly, hooking up those sounds to animations, particles, and design data, and assigning the sounds in a “sound event” to the proper category so that it can be properly affected by the game engine. A lot of this background work is hard to notice on its own but makes a huge difference in the overall experience.

When you have a game as massive as PlanetSide 2, there are a lot of sounds playing at once, and it’s an eternal battle to try to optimize memory and performance as well as intelligently deprioritize and cull sounds that are less important in a particular situation. If a decloak sound on a nearby Infiltrator doesn’t play because that available voice was taken up by a gunshot 30m away, that’s a problem I want to fix, and I am always keeping an eye out for places where we can make things better.

What is your favorite PlanetSide 2 audio creation thus far?

That’s a tough one! I like the Colossus Tank’s Skylance Battery and Mammoth Cannon in MAD mode along with all the damage and grinding sounds. I also really like how snappy the Punisher sounds and like the class specific underbarrel grenade explosions and effects. I had a great time making the Halloween music for Sanctuary as well! I am happy with how the Dervish Heavy Fighter and other elements of the NSO update are coming along. There is a lot of new content. From an audio perspective, this is the largest update we have done since the game’s launch, so maybe I will have some new favorites soon!

As an audio designer, what inspirations do you tap into when designing for PlanetSide 2?

I love to read science fiction, and when I imagine what is happening in the book I get these ideas about how things should sound in my head. It’s a fun challenge trying to get the sound in my DAW to match what I hear in my imagination. I love to play games and watch movies and anime, and get a lot of inspiration from them. I also find inspiration in mundane everyday things like the squeal of an automatic door at a grocery store, or the sound of plastic wrap being pulled off of a roll, or my washing machine shaking like it is about to explode. Lately, I have been having a blast playing with software synthesizers, and I have used them throughout my work on the upcoming content. 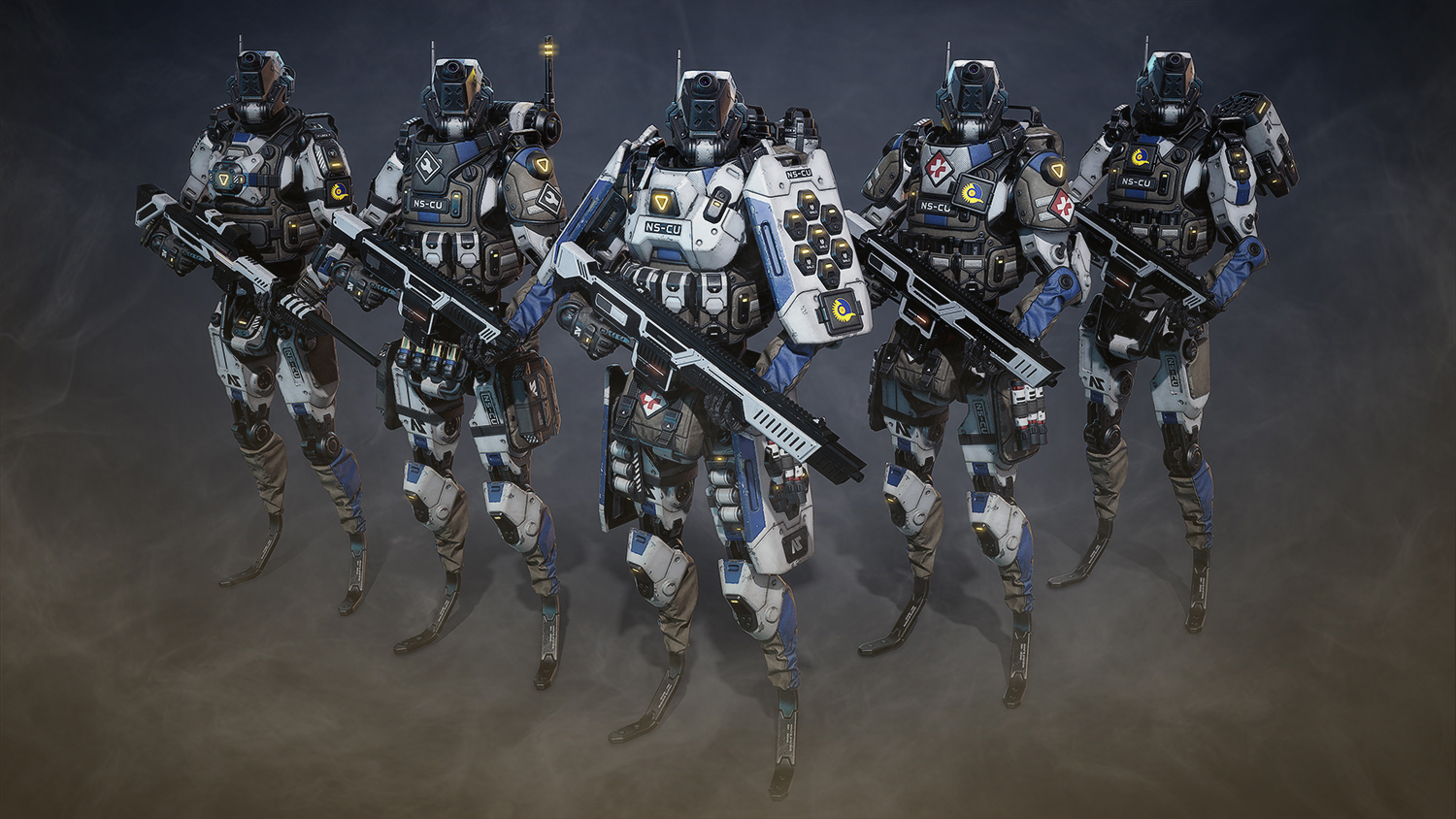 With the Nanite Systems Operatives becoming more refined in this update, could you walk us through some of the design goals, and your approach to expanding this unique faction?

We definitely wanted the NS Operatives to feel like they are on the cutting edge of weapons technology without diminishing the technological advancements of the other factions. The existing factions already have very strong sonic identities, so my goal was to make the new NSO exclusive weapons and vehicles sound sci-fi without going too far into VS territory and also keep some of the combustion and kinetic elements of TR and NC weapons. Basically, I want to make them sound cool and different; but not so different that they feel out of place in the game.

Luckily, there have been several opportunities to experiment and establish a sonic identity for Nanite Systems over the past couple of years by creating sounds for the NS Thumper, NS Punisher, NS Scorpion, Endeavor Series weapons, Colossus Tank, Sanctuary, and the Containment Sites as well as NSO specific weapons and abilities like the SR-200, and the Defector. This is on top of the already existing NS common pool weapons and vehicles. So, we’ve been building a sonic identity for Nanite Systems over time.

While NS Operatives are a part of Nanite Systems, they are not Nanite Systems, so my approach was to use some of the common elements that make up the NS sonic identity and add some new consistent elements specific to NSO to make them stand out. I have been playing with feedback sounds on artificial reverbs, delays, and granular synthesis to try to get a metallic/robotic feel to the NSO weapons and vehicles along with some synthesizer elements to add the sci-fi/futuristic feel.

What advice do you have for our aspiring sound designers in the PlanetSide 2 community?

If you are interested in sound design, find a way to exercise that skill and express yourself and get your work out there. We have such an amazing community of content creators that are deeply passionate about the PlanetSide universe. Perhaps there are some potential opportunities to collaborate with each other by creating some music, sound effects, or voiceover? If you are specifically interested in sound design for video games, start playing around with a game engine and start hooking some of your sounds up to something. There are some incredible tutorials and information available for free out there. Most importantly, have fun and never stop learning.

Share your comments and feedback about today's Developer Spotlight here!

Interested in a career in gaming? Check out our careers page for job listings!