It takes an extremely talented team of artists, coders, designers, audio engineers, and production staff to build the enormous, incredible, unbelievably badass game experience that is PlanetSide 2. This week some members of our dev team share a little about themselves and their experiences building the future of online gaming. Next up, Lenny Gullo. 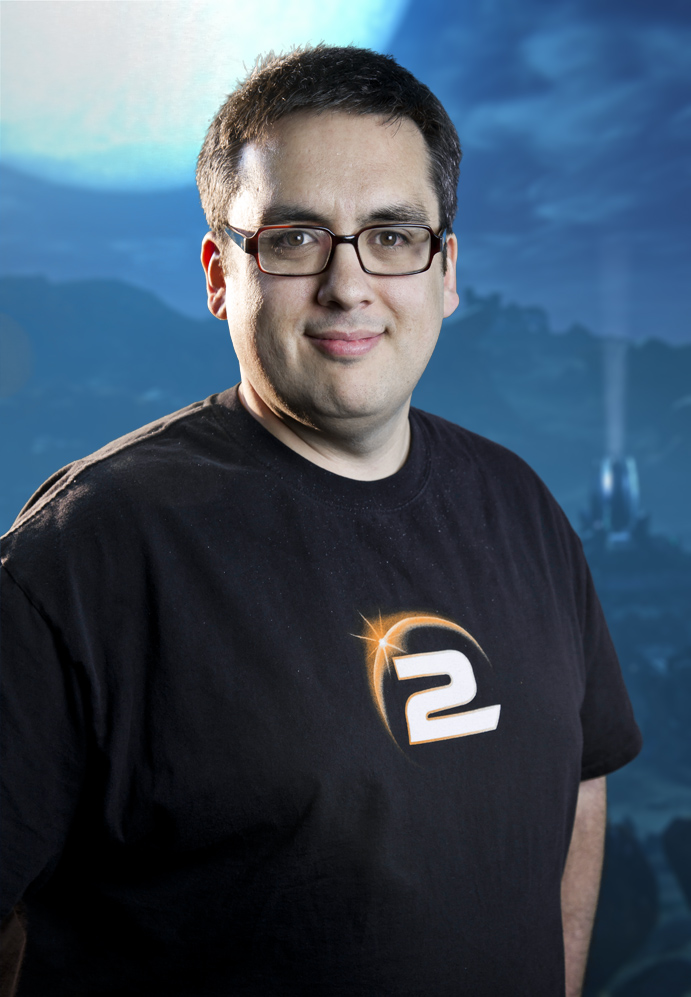 Hello, my name is Lenny Gullo II (@Kalyper) and I am a Game Designer for PlanetSide 2. I am the product owner for the world environments and facilities team. I’m basically the go-to guy for anything regarding the level design of PlanetSide 2 which includes continents, facilities and territory control. I keep the flow of the design direction going with this talented group of artists and designers. Basically, I make sure the world is fun to play in. :)

Initially I was beta testing for Vanguard and decided to make a fan movie for the game. At the time, I was still under the NDA so I sent it to CEO of Sigil, Brad McQuaid, and he gave me permission to release the video to the public. He liked the movie and asked me to make some more, so I did. After making a few more, one day he asked me if I was interested in a position at Sigil Games Online as an associate designer. I’ve been playing video games since the Commodore 64® and it wasn’t until after EverQuest that I realized I wanted to be a game designer. So when Brad asked me this question, I said “YES, absolutely”!

After a few phone interviews, they flew me out to San Diego from Florida and I had a tour of their studio and a sit down interview with the execs, senior designers and the rest of the design team. I was nervous as hell! After returning to my home construction job back in Florida, I hadn’t heard anything for a couple of weeks. Then one day, I get a phone call telling me I got the job. There is no doubt that I was very lucky.  :)

Most of my design career was on Vanguard: Saga of Heroes. I did a little bit of time on the EverQuest II Sentinel of Fate expansion (did the Bonemire part of the golden path) before I ended up moving over to the new project “Planetside Next”, which then was eventually revealed as the most awesome PlanetSide 2!

4) What are you currently working on for the game?

Currently, I’m kicking off design of a new continent. I’m making sure things go smoothly with development of key assets, defining that gameplay is fun and feels different, and of course making sure that it looks awesome. Look forward to it!

5) What most excites you about working on PlanetSide 2?

I’ve been an FPS gamer since I first laid my hands on Wolfenstein 3D. I’ve had my fair share of clans in Quake, Team Fortress, Half-Life, etc… Ever since I wanted to be a game designer, I’ve had that itch to work on an FPS game, especially one with a massive world. I’m really looking forward to seeing our territory control in action. In all the popular FPS games out there you play a map, win, and feel good about it. But in the end, it’s just another map in the rotation and winning or losing it doesn’t have much of an effect on your immersion. With PlanetSide 2, “winning” or “losing” means much more. Even more so than the original Planetside. I can’t wait!

6) Terran Republic, New Conglomerate, or Vanu Sovereignty? Which is your favorite faction and why?

New Conglomerate first, Vanu second. When I first tried PlanetSide, I really liked the idea of the separatist faction fighting for what they believe is right. But I also liked the idea of the scientific cult of the Vanu Sovereignty. I started off as N.C. and then later tried V.S., but I really dig the armor style of the N.C. in our new game and will most likely be starting off with them again. But man, those V.S. weapons and vehicles are so cool!

7) Can we look forward to bridge battles?