Power Surge: How to Attack an Amp Station

Despite their massive size, Amp Stations have only one control point. Should be easy to take, right? Wrong. If you want to capture the base and get access to those useful Aerospace or Mechanized resources, you’re going to need to get past walls, shields, turrets, and of course enemies. If you’re up for the challenge, here’s a basic strategy: 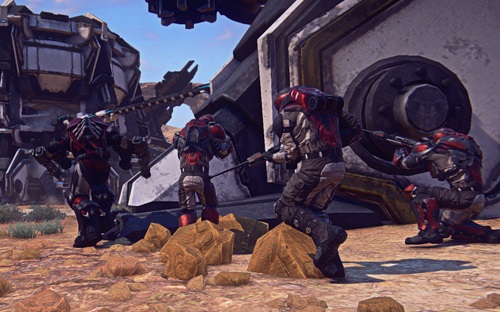 Step 1: Take out the shield generators. Vehicles can’t cross the outer shields of an Amp Station, but Infantry can. Look for the two generators marked with horizontal and vertical lines on your map, located in the smaller buildings of the Station. You’ll need to bring them both down to gain access to the point and allow your armor column to enter the base. Light Assault soldiers with their ability to fly straight over the wall are perfect for this job.

Step 2: Take out the turrets. The towers and walls of an Amp Station are equipped with anti-air and anti-vehicle turrets capable of ruining any armor squad’s day. Heavy Assault soldiers and tanks should focus fire these until they’re down. However, if you’re aiming for more of a stealth approach, leave them alone until the shields go down: nothing brings an enemy running like a bunch of tank gunfire. 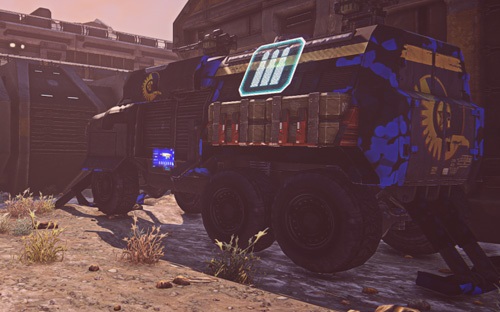 Step 3: Take the point. Once the shields go down, pull a few Sunderers inside the walls to give your infantry easy access to their objective. Remember to move together and use the smaller buildings for cover: nothing says “Hey Infiltrators, please take me out!” like running straight across the open courtyard. Once you’ve made it in, set up defensive positions: MAXes and Engineer turrets are useful in stairways and chokepoints.

Step 4: Patrol the area. Lightning tanks are great for Amp Station fights, since their speed and maneuverability allows them to circle the courtyard and watch for enemy infantry. Parking a few outside the enemy spawn room is also a good idea.

Step 5: Watch the shield generators. Think you’re home free just because you made it in? If the enemy repairs the generators, you’re going to be stuck inside the Amp Station and vulnerable to attack. Leave guards in the outbuildings to make sure no pesky Engineers show up. 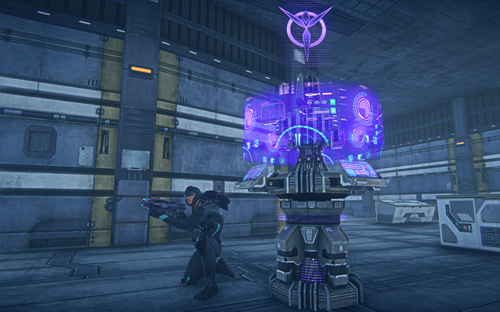 Step 6: Profit! Victory is sweet, and those extra resources are even sweeter.