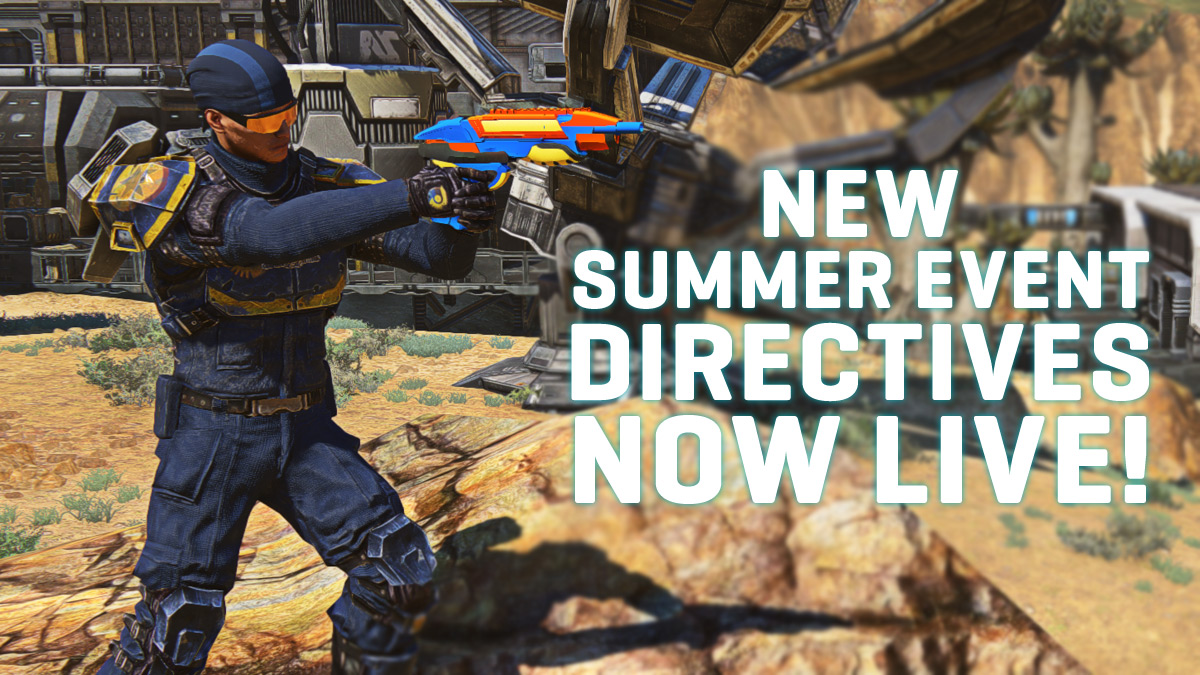 Feeling the heat, soldiers? Summer is back and we're eager to soak up some rays with the return of our annual Summer Event!

Summer Fun 2020 kicks off on PC tomorrow, Thursday, July 16, and will run through Sunday, August 16. It will arrive on PS4 later this month with our next major console update. This year's event features an updated Directive line and the all-new Firestorm Implant, so be sure to utilize your pool-side arsenal and earn every reward!

Players will find two unique event items accessible via their loadout screen throughout the duration of the event:

Suns up and guns out, soldiers - read on for all the event details, and everything else going into tomorrow's update!

We've removed the ability for Bastions to generate Empire Strength, as players don't seem to need the additional motivation to bring Bastions into combat areas. This change also addresses an issue where the Power Projection meter could get stuck when a continent would re-open.

To bridge the gap, and add more strategic targets, we've added three bases on each continent (in additional to normal territory gain and facility captures) that will contribute additional Empire Score.

The Crown is now worth 20 Empire Strength, down from 25.

The Ascent is now worth 20 Empire Strength, down from 25.

Hey there, been a little bit. We're still marching toward our upcoming Missions/Campaign release which many of you noticed in-game (and out of game!) teasers for already. The team gets a kick out of watching the community's excitement and speculation. We've seen guesses ranging anywhere from "not even close" to "nailed it" on practically every tid-bit we've released so far, and when it comes time for the next Livestream (no date to announce yet), we'll illuminate everything going into the next update a bit more. Until then, keep cool and enjoy the Soldier Soakers.