The Brotherhood of Development 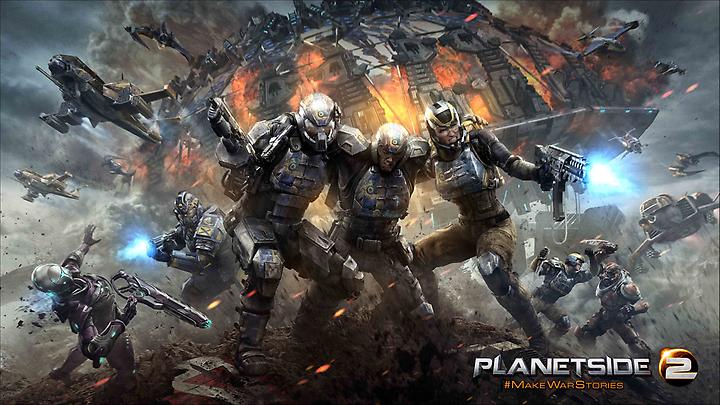 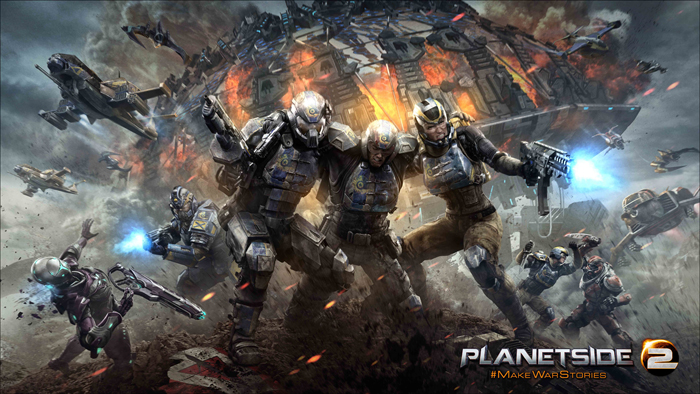 At its heart, PlanetSide 2 is a game about forging the bonds of Brotherhood in the heat of combat. Cheesy tagline? Yeah, a little, but its true! After seeing your #MakeWarStories tweets and videos, that tagline became even more apparent. The Development team was so inspired that we wanted to share some of our favorite moments in game as well. Here’s what the team has to say:

“On launch day, I joined up with my outfit Praetorian Guard on Amerish. I was a new member and barely knew the people in it. I was given orders; they were the well-oiled machine and I was the shiny new cog. We took territory after territory, until we found ourselves close to the TR’s warpgate. I made my way from tree to tree, savoring every inch I walked forward; each successful sprint to cover was a small victory. If I fell, my outfit was there to pick me up. Every tank that stood in our way was erased in a hail of rockets. Every enemy vanquished in a flurry of gunfire. We got to the final base and it didn’t take long to hoist the banner of the New Conglomerate. We did it, we had conquered Amerish. As quiet as it was, I felt something. It was pride in my outfit. It was pride in my faction. It was pride in the game I had helped create.”

“I was with a large group of unorganized players, trying to assault a well-defended tower.  A small hill was providing cover and everyone was hiding behind it, too afraid to push forward, as the defenders were shredding anyone who poked their head over.  Then in proximity chat, someone doing a perfect impression of an army drill instructor starts yelling.  He tells everyone to charge in 3 seconds, and they did.  Many of us died charging over that hill, but we did make it to the tower and started clearing out defenders, thanks to that drill instructor.”

“I was introducing my brother PlanetSide 2, and after a little while he was ready for a change of pace from the regular infantry play.  I grabbed a Vanguard at the base we just finished capturing and told him to jump in.  Our timing could not have been better.  Ally infantry started pushing forward as we rolled up a nearby hill to support.  Just as we came over the crest we realized there was a large armor counter attack on its way in below us.  Between my anti-vehicle primary cannon, my brother’s anti-infantry canister turret, a healthy supply of friendly engineers, and just the right amount of cover, we racked up so many kills we had to go resupply our ammo multiple times.  The counter attack crumbled in front of us and our friendlies pushed in to capture the next base.  Because of that, I have a new squad mate whenever we happen to be gaming at the same time.”

“Anyone who’s ever watched me stream knows I’m not particularly good at staying alive. I run headlong into danger without a second thought and am immediately killed. I never learn from this mistake. My situational awareness is nonexistent; my K/D ratio is approaching absurd proportions but not the good kind of proportions that you’d want to have.

Last year when we were doing some streaming on Friday Night Ops (Every Friday at 5PM PT; tell your friends!), DPSO generously offered to let me tag along with them. They spent a good amount of time teaching me useful stuff, like how to properly enter a building without immediately getting shot. When I was streaming, they followed me around with a small army of medics for when I inevitably did something stupid and got myself killed.

Every time I hop into the game now, DPSO is ready and waiting with a Platoon of helpful and friendly people who let me pretend like I’m being any sort of effective. I’m sure they’re rolling their eyes collectively behind their computer screens, occasionally sighing “Oh, you!” but they’ve never made me feel bad about my lack of common sense or measurable skill.

That, to me, is the very definition of brotherhood.

You know, like when big brothers pretends their younger siblings are doing well at hide and seek when they’re just standing in the corner covering their faces instead of actually hiding… but still. Brotherhood.”

“One night after the Amerish revamp was released, I spent a good four hours at the Ascent taking Harassers, Flashes, and Sunderers off the cliff by Rockslide with Alastor700, an outfit mate in TRG. Our goal was to find just the right places where we could take vehicles over the side when fighting to retake Rockslide Outlook. While we did learn exactly how to take a Sundy safely over the cliff to deploy at Rockslide, it quickly turned into a contest of how many cartwheels and backflips, and how much hang time before we blew ourselves up. We found all the best (and worst) ways to hit a rock just right with various vehicles. If a vehicle survived, we had a fun gauntlet to drive back up to the Ascent avoiding enemy battles and random aircraft just to make another jump. Now anytime I play at the Ascent I think of all the places I turbo’d off the side with Alastor700.  It’s not always about the kills in PlanetSide 2; sometimes tackling the vast open world with a friend is quality entertainment!”

“I love when I spawn into a warpgate and there’s a player being the local DJ, taking requests for various songs, and we all jump around throwing grenades and shooting, making a general party out of it. No matter what I was doing, I always stop to hang out and enjoy the party with everyone. Dude never plays my requests though. One day…”

“Playing on Amerish with a few of my buddies, I had just pulled a Mosquito when I heard over voice chat that a number of them in a Sunderer were being chased by a Vanguard in enemy territory. I checked my map and noticed that they were relatively close to me, so I kicked in the afterburners and headed towards them. It took roughly thirty seconds to get to them. The whole time they are franticly screaming about getting shot and that they weren’t able to lose the Vanguard. When I finally arrived, I came in low and fast behind the Vanguard just in time to watch it put another round into the nearly dead Sunderer, causing it to catch fire. I heard one of my buddies yell over comms, “Mosi!!” just as I proceed to light up the already damaged Vanguard; it endied with it exploding as I flew over. At that point voice chat erupted with cheering and people calling out my name as they realized who it was in the Mosquito.

“To me the realest, truest, most inspiring example of Brotherhood I’ve had the pleasure of witnessing is contained in this amazing video: https://www.youtube.com/watch?v=4fDrqdBSrKQ#t=193”

“This happened couple of months ago on Indar. TRG had about two full squads ready for action.  TR was about to lose Hvar tech to 48+ VS; being our only tech plant at the time, we scrambled to save it. Due to the short amount of time left on the VS and our relative low numbers, we gathered at the warp gate and went off with two Galaxies.

We dropped on the tech plant air pad and pushed in the 3rd floor balcony. Initially we met with a hard opposing force on the balcony, but with our well-practiced tech plant drops and our MAX’s fire power, plus heroic support of medics and engineers, we were able to secure the balcony. 1st squad was pushed on under the suppressing fire of 2nd squad, to capture the point before we lost it all, while most of the 1st squad was decimated on the push, a Light Assault made it and “blinked” the point with 1 second left on the VS capture timer.

We were able to hold the point for couple of more minutes. Eventually the VS overwhelmed us inside the plant and killed us one by one to the final infiltrator. By this time, however, the TR zerg made it up to Hvar, pushed the VS out and established a solid hold on the tech plant. We really felt great about this last second save, and the hate tells from VS sweetened the deal even more…”

“It can be difficult in level design to catch everything that might not be perfect with an area before it goes live, and our latest continent, Hossin, was no exception. I worked on Mulac Foundry, a tech plant satellite outpost, and was playing there a couple days after the continent initially launched. Much to my disappointment, I noticed a bunch of roots that I hadn’t removed from the main underpass and saw a Sunderer stuck in them in the midst of an Austin Powers-level 200 point turn. Whether it was due to lack of patience or the willingness to help out a fellow soldier, another NC player spawned another Sunderer from the nearby vehicle pad and drove full speed into the stuck one, “helping” him get free from his tree root prison. Hooray for teamwork!”

What was your favorite moment in PlanetSide 2?  Let us know on Twitter, Facebook, or the Forums, and remember to #MakeWarStories!