Livestream Recap: The Colossus Update is now on PTS!

The Rogue Planet Dev team went LIVE on Twitch today, and if you missed the stream we've recapped all the highlights below!

The full replay can also be viewed here. Read on for all the intel!

THE COLOSSUS UPDATE ROLLS TO PTS!

The big news of the day: the Colossus Update is now available on the Public Test Server (PTS)!

The Colossus Heavy Tank is a massive, multi-crew combat platform that seats up to 5 players: the pilot, who operates the main cannon, and 4 additional gunners to man each customizable turret. This new vehicle is still undergoing tuning, and we'll be looking for your feedback before it deploys to Live servers.

This update also features new Outfit Logs, Facility Modules, Merit Deployables, and the NS-66 Punisher, a next-gen PDW with an in-built underbarrel that can be adapted to fire infantry class-specific ammunition. Check out the WIP clip below for a preview of the Havoc (Heavy Assault) specialty, which renders mechanical targets immune to repair effects for a time:

The Colossus Update also introduces the NS-6 Thumper SE, a special edition of the Thumper heavy grenade launcher that celebrates our 17th franchise anniversary! It comes equipped with an anti-infantry fragmentation payload, and has access to multiple specialized munition types. This weapon also contributes progress to the Exceptional III directive line. 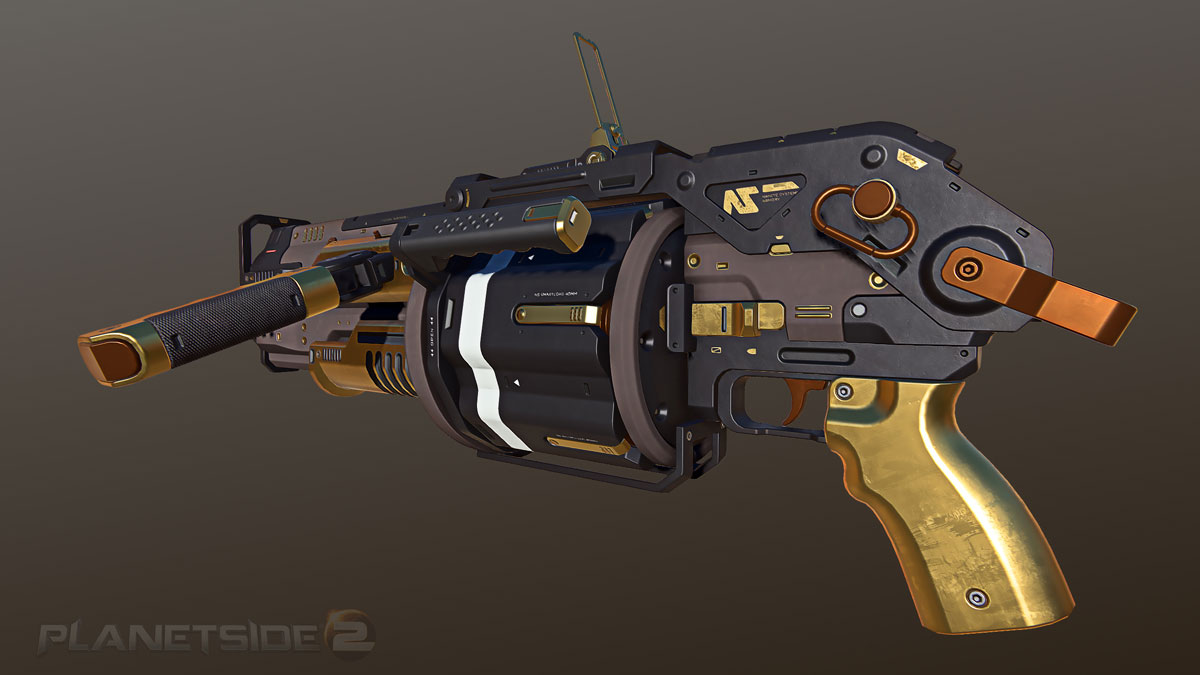 For all the details on everything in this (colossal!) update, head over to the official PS2 forums for full patch notes. The Public Test Server is also available as a free download here.

Let us know your feedback, soldiers!

THE RETURN OF A LEGEND!

Longtime vets will recall War Correspondent Robert Stoneman, and his must-watch series of missives straight from the frontlines. We're excited to share that the legend is back, with the first in a new series highlighting how the battlefields of Auraxis have evolved these past years!

You can view the War Correspondent's newest episode in all its glory over on the official PlanetSide 2 YouTube channel. Like and share to let us know you want more episodes, soldiers!

PlanetSide 2 has its first official killionaire! The team celebrated this stupendous achievement - the first player to reach 1 million kills on a single character - with a lifetime membership AND hidden homage located somewhere on Auraxis!  The eagle-eyed among you can find it on PTS right now, before the Colossus update hits live servers.

Other highlights from the stream included an update on PS4 development (our new dedicated programmer is making good progress readying Escalation for console), as well as our plans for the next Outfit Wars cycle, including changes to qualification and rewards.

SPEAKING OF THE FUTURE...

The team briefly touched on the next major update coming to PlanetSide 2 after the Colossus hits live servers, including some early WIP screens of the new Campaigns & Mission system. That's just a small piece of what you can look forward to later this summer, which promises to expand the world and lore of Auraxis in significant ways...

To check out everything discussed on stream that went live on PTS today, head over to the forums for full patch notes. Thanks for tuning in, soldiers!

Previous
PlanetSide Celebrates 17 Years on Auraxis!
Next
The Colossal Bundle and Special Edition Thumper are now available in the Depot!