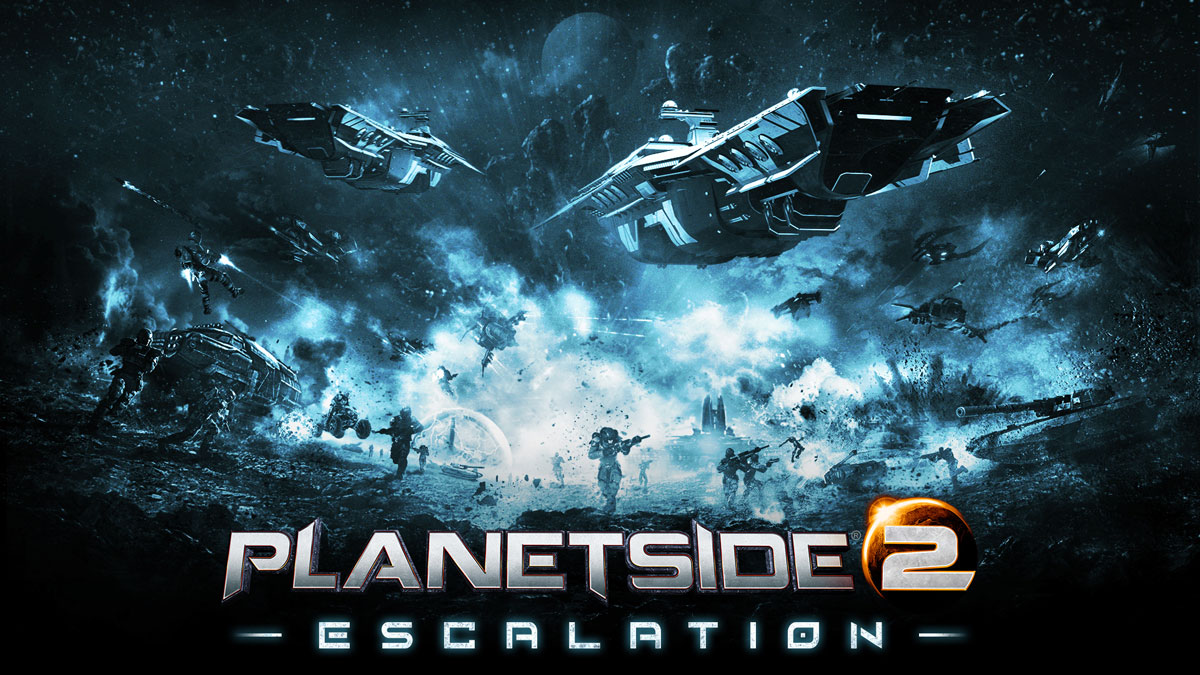 This massive update has been months in the making, and builds on the unique scale, camaraderie, and strategic depth of PlanetSide 2 in every way. Gargantuan new vehicles like the Bastion Fleet Carrier & Colossus Heavy Tank, new gameplay systems like War Assets & Facility Modules, and an entirely new social space in Sanctuary are just a few highlights making their console debut. Our team is incredibly proud of the work that went into this update, and we would have never have got here without your support – we can't wait to celebrate with all of you on the battlefields of Auraxis!

Escalation will arrive first on US PS4 servers (Genudine) today at 9:00 AM PDT (Wednesday, July 29). After monitoring the initial publish, we plan to update EU PS4 servers (Ceres) on Thursday, July 30. Stay tuned to our Twitter and Facebook channels for exact timing.

You can also checkout our exclusive announcement on the PlayStation.Blog or Executive Producer Andy Sites's development letter on our PS4 Subreddit for more intel. Read on for full patch notes! 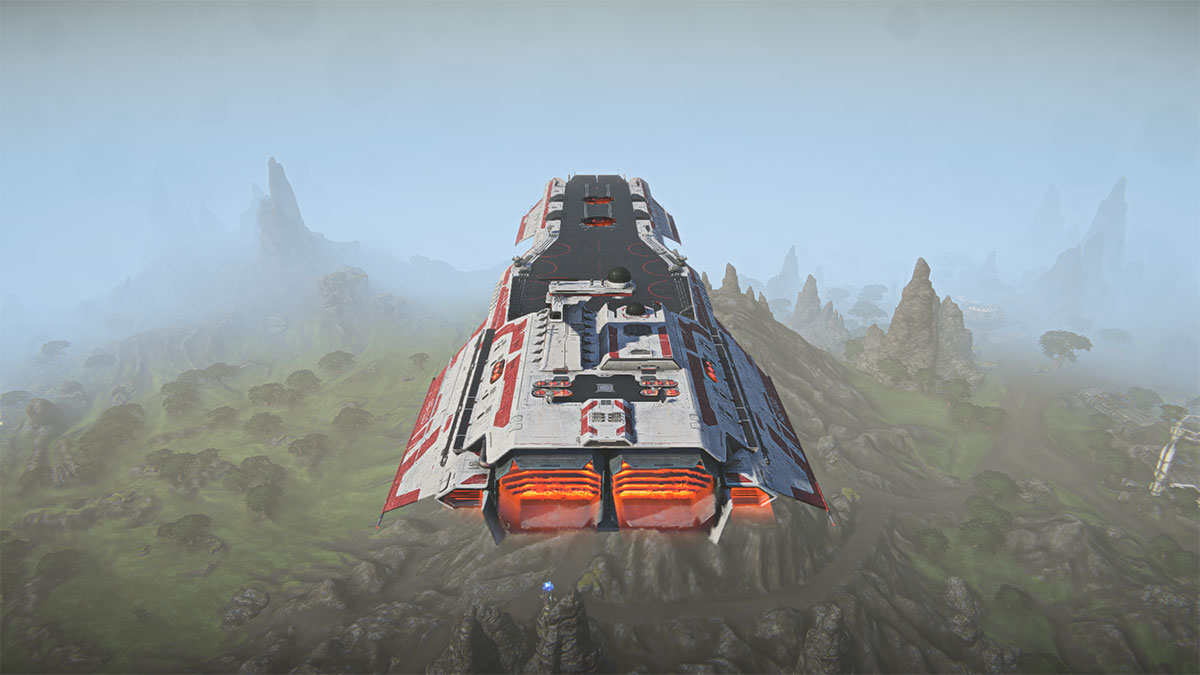 An Empire's might and determination, symbolized in metal and voiced through cannon fire. The Bastion Fleet Carrier descends from orbit, ready to wage war across the battlefields of Auraxis. 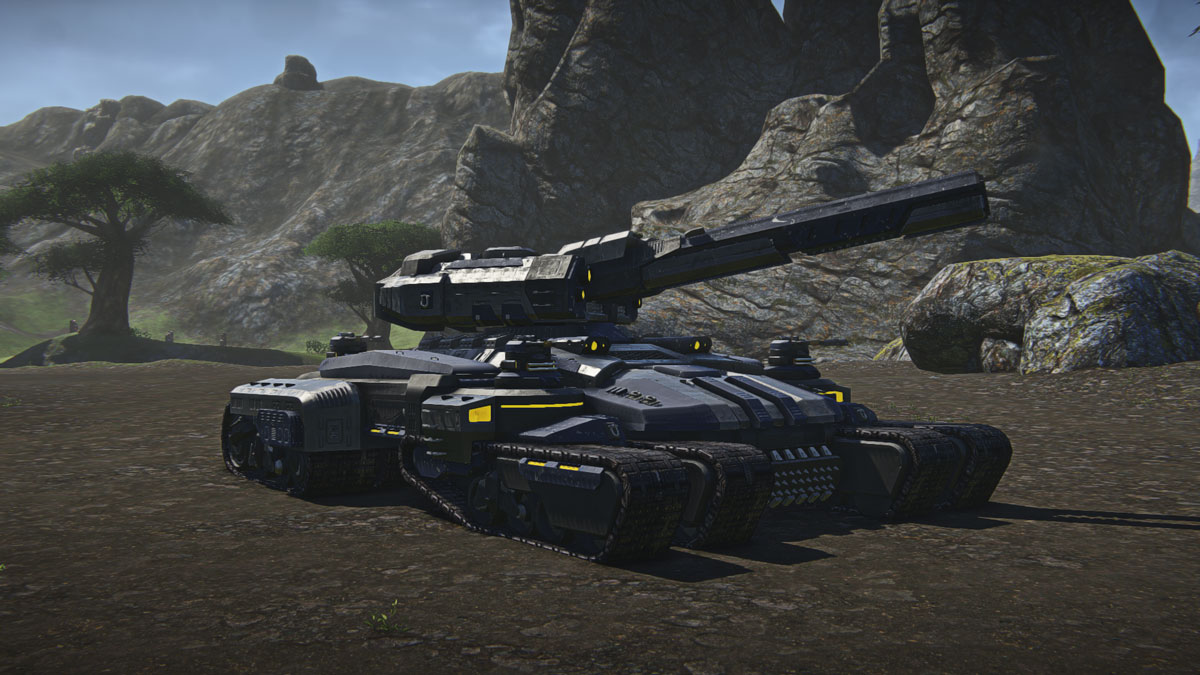 The Colossus Heavy Tank, a massive, 5-seated combat platform, has been deployed to the battlefields of Auraxis.

Ever wanted to call in some vehicle support from orbit? Outfits are now equipped with new tools to impact the flow of battle, offer strategic control, and add depth and variety to every soldier's gameplay experience. 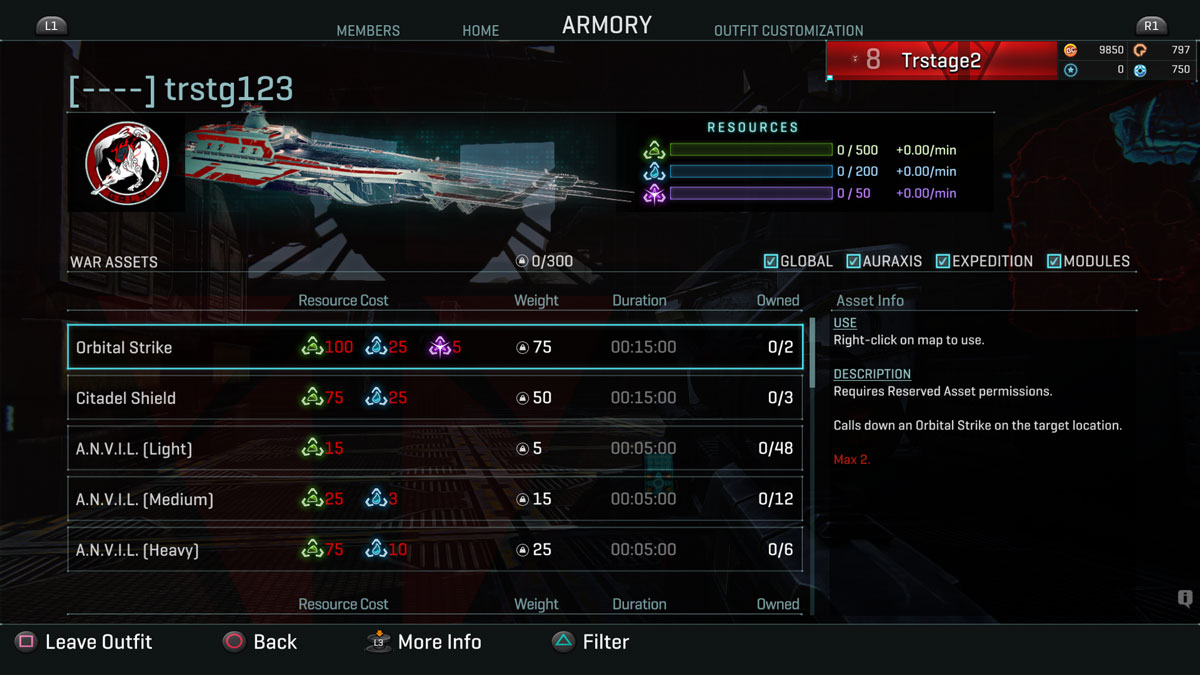 These War Assets are crafted on the new the Outfit Armory page using resources your Outfit has secured through battle. Initial example assets include:

War Assets take time and resources to craft, and Outfit leaders will have the ability to grant privileges to their Outfit members to craft and/or deploy these Assets and turn the tides of battle! 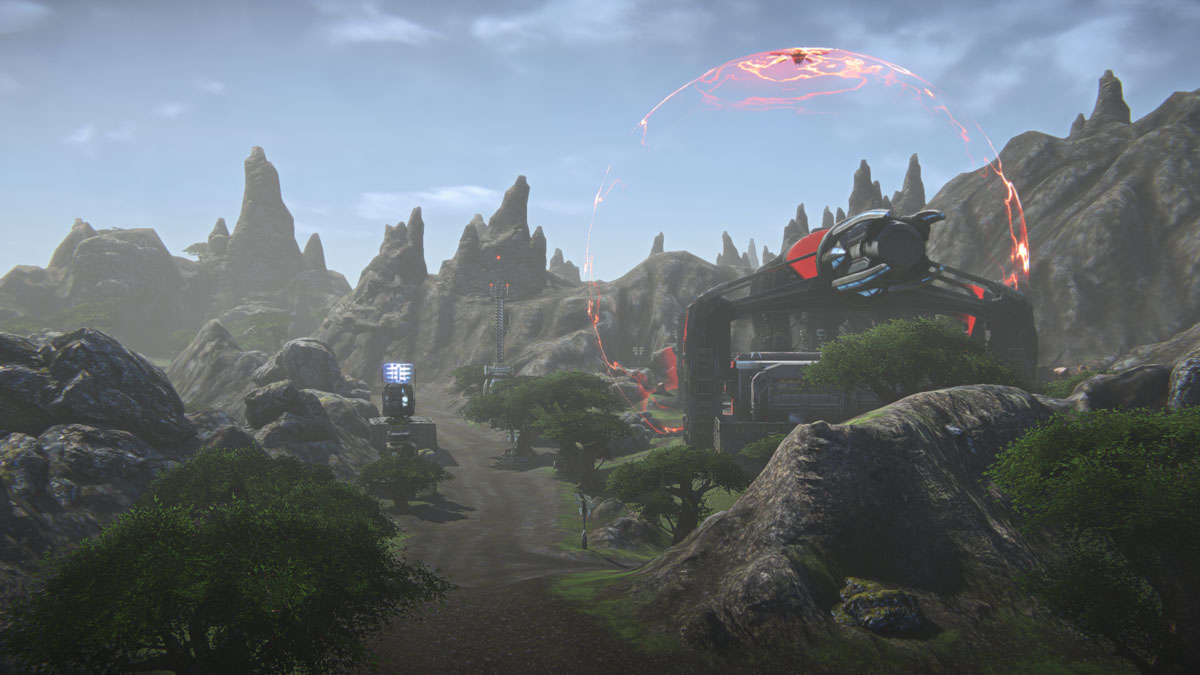 We've expanded upon the War Asset system to bring a new type of strategic asset to Auraxis. Outfits can now craft Facility Modules that impart region-wide benefits, and most previously existing facility benefits have been rolled into this new feature.

As a part of this feature's introduction, we've adjusted the rules for spawning MBT and Liberator.

Capturing a base will always yield an amount of Auraxium, while claiming it for your Outfit will provide the resource ticks shown on the map every 5 minutes.

Claiming territory for your Outfit is important, as it keeps your resources stocked, and is also amplified when starting or winning the Meltdown continent alert.

In addition, Expeditions can be crafted in the Outfit Armory that, for a small investment and some time, reward you with resources of a higher rarity.

Expeditions must be claimed in the Nascent Expeditions office on Sanctuary. 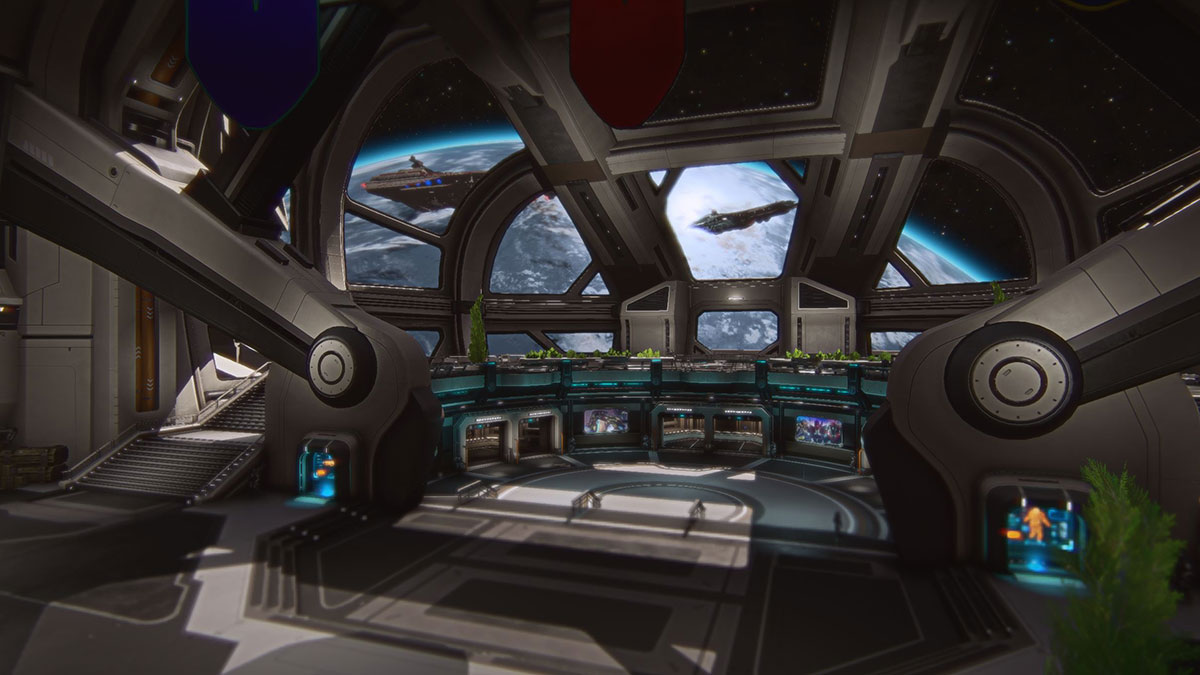 Nanite Systems welcomes you to Sanctuary, a neutral home for the war weary, a place of trade, and a staging point for future exploration and expansion.

While in Sanctuary, all factions and allegiances are able to occupy the same space. Weapon use, and damage in general, is disabled in this new social hub.

Various vendors and representatives can be found on board Sanctuary. 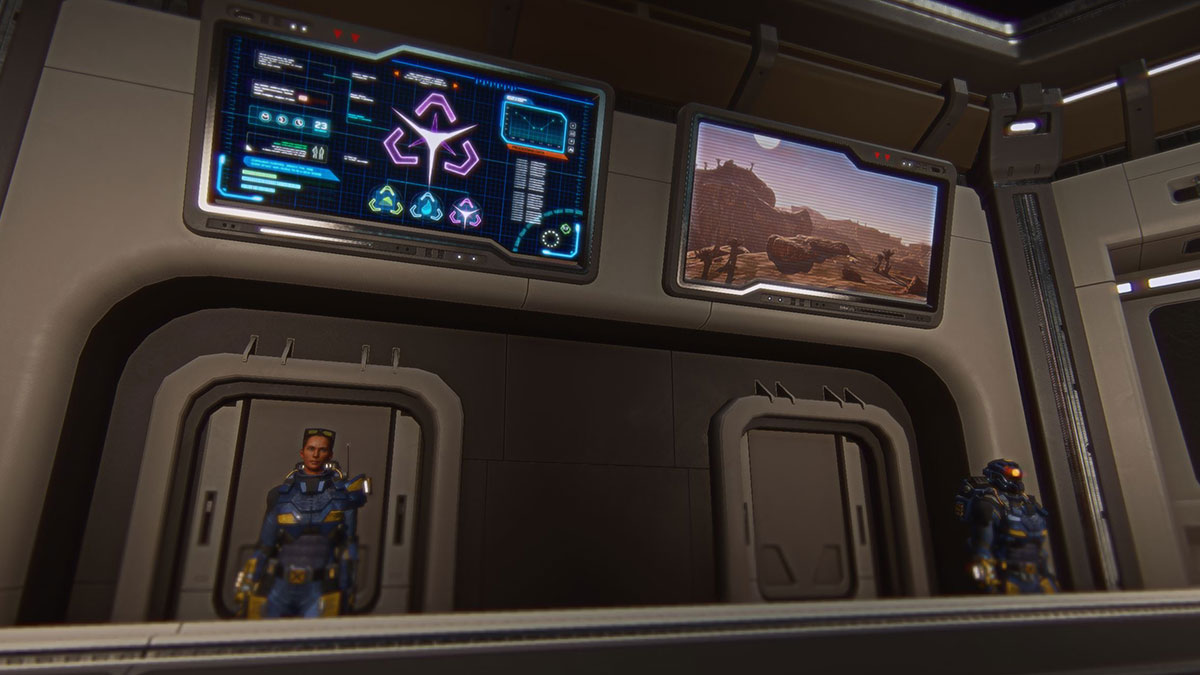 In the shop to the left, players can find SPRK-33, a vendor that deals in the new A7 currency.

In the center shop, players will find a Nascent Expeditions Rep. and an Expedition Coordinator that both deal with Outfit Resources.

Join an Outfit and purchase Outfit Equipment, Cosmetics, and Boosts

In the shop on the right, players will find an Outfit Recruiter and an Outfit Quartermaster that uses Loyalty and Merit to offer equipment to players in Outfits.

While in an Outfit, each player now gains Loyalty by capturing and defending bases with their Outfit members (a reasonable force of enemies are required at these bases in order to count toward progress.)

Loyalty acts similarly to Battle Rank, in that it increases over time, and isn't spent like a currency. The higher the Loyalty Rank of a player, the more Outfit Quartermaster items they'll have access to. Loyalty decays slowly over time, so be sure to keep showing up for Ops Night.

Alongside Outfit Loyalty, Merit is earned in much the same way. Capturing and Defending bases with your Outfit provides Merit, a currency that can then be exchanged with the Outfit Quartermaster for boosts, equipment, and cosmetics.

To accommodate a more map-driven metagame, we've stepped away from the mid-continent events system, and made some changes to how Empire Strength is gained as the continent progresses. We may return with a replacement for events in the future, depending on how the Live gameplay turns out, but we'd want some more conducive to the map-based objectives of the game before doing so.

Dev Note: Always treated like a support weapon, but without the traits that make it successful as one (most support weapons sacrifice damage for accuracy or splash damage,) the Mini-chaingun is hard to justify bringing onto the battlefield over other LMG options. This update offers a significant boost to its 1v1 potential, and increases its overall ferocity.

Combat intensifies as new armaments are deployed to the front lines.

The Punisher is a next-gen PDW built with close-quarters aggression in mind. The in-built underbarrel fires fragmentation grenades, and can be adapted to fire class-specific ammunition instead.

Dev Note: Reload speed increases no longer affect the Rocklet Rifle in unintended ways (ie. hyper reload speeds.) A consequence of this fix was that Typhoon Rocklet implementation had to be reworked (though players should see no gameplay impact,) and Locklets had to be replaced as an option.

Dev Note: The excessive hipfire penalty on the Tanto was originally meant to offset its higher-than-normal starting accuracy, but we've peeled that penalty back as it has enough counterbalances elsewhere.

Dev Note: We're reducing the extremes between bodyshots and headshots a bit so the reliance on the Daimyo's unique headshot multiplier is lessened, though it will remain incapable of a 3 bodyshot kill at maximum damage range.

Dev Note: We've done some cleanup on the Hunter crossbow's attachments. Explosive Bolts' unnaturally high damage against certain targets is brought to be more in line with the weapon's intended functions. Additionally, we're stepping away from the spammability of smoke on this weapon to encourage the use of alternatives.

Dev Note: Some weapons shared this reload time already, but we've done a pass to put the others in parity. This change matches the reload times with underbarrel grenade launchers.

Dev Note: We've made some adjustments to the chassis options to more dramatically alter how each of them makes the Javelin performs.

We have added a new loadout slot to all players. This slot now houses Merit Reward deployables, and in the future may house other limited, tactical equipment.

Tactical Slot deployables will now be able to be restocked with Merit from the loadout screen after purchasing an initial schematic from the Outfit Quartermaster on Sanctuary.

The island of Koltyr has now become an instanced playspace that will become available under certain conditions.

We're bringing Summer back in the form of an updated directive line that will run from now through August 16!

Players will also be able to find two event items in their loadouts during the event.